Did you make your decision and chose Iran as your travel destination? We want to tell you about Kashan Fin garden for traveling to Iran. Travel to Iran to get to know about it. Are you interested in experiencing that? what do you know about Iran destination tour one of the most famous Iran travel agency in shiraz and also Iran? This is great and you can be sure that the most exciting experiences will be waiting for you. In this article, we introduce all the requirements to travel to Iran. Also, the do and don’ts of traveling to Iran. Also, we answer this question: how to travel to Iran.

Finn garden is one of the most famous and most important tourist attractions in Kashan, which has not only been registered as national monuments, but also is one of the 9 Iranian Gardens on the World Heritage List. This garden is so beautiful that it is considered as the perfect example of Iranian gardening.

In addition, there are numerous monuments such as karimkhani retreats, boiling pond, Qajar camelglove, water division and Kashan National Museum in this garden where visiting them is not unpleasant. However, perhaps one of the main reasons of Fame garden of Finn’s murder of Amir Kabir, Prime celebrity, Iran knew that the most important historical events in the garden to do. In the following article, we will tell more about the Finn garden of Kashan and its astonishing engineering and interesting water supply system. 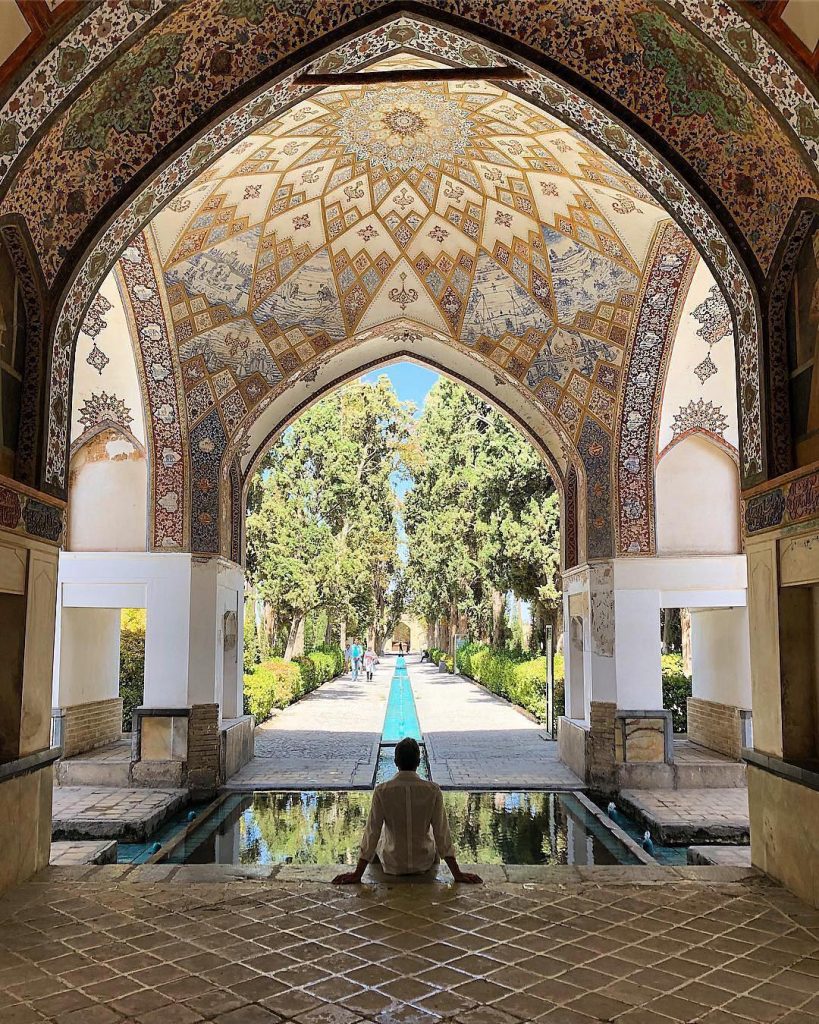 The Finn garden is one of the sights of Kashan, which listed in the national monuments in 1314 and in the World Heritage Site in 1390. The breadth of the garden, Finn 33,799 square meters, it seems that due to the placement wall, Rampart and towers, cylindrical in around the garden, very majestic and kingly and is of the same to it as “King’s garden” also have.

When to the garden walk, you put them on. in addition to being fascinated by the beauty of amazed you. One of the interesting things about this garden is the belief of some people who believe that by dropping coins in the dock, their wish is fulfilled. Although this recreation is considered, philosophy, dropping coins in the water can be in the religion of Zoroaster, finds that the water is the epitome of purity and followers, it is part of their assets to the goddess of water, the gifts were up to bless their homes to be.

Where is Finn Kashan’s garden?

To visit the Finn garden, you must travel to the historic city of Kashan in Isfahan province and continue your route to Amir Kabir Street to reach the lush and sprawling garden of Finn.

Fin garden of Kashan in Corona

Now, given the epidemic of Corona and the possibility of closing some tourist attractions, be sure to ensure its openness before visiting Finn Kashan complex.

The Finn region has been of interest to Kings and rulers because of the fountain that flows in it. Dating garden Finn was careful not clear. And therefore some time making it to the Times of Artaxerxes Babakan attributed to … but what is certain is that the first refers to the garden of Finn in the historical sources to the time of Jacob Leis saffari is related that there is a fountain and garden in the deserts of central Iran has spoken.

According to historical sources, etc., some of the experts during the Ale-Bouyeh as time, morphing garden Finn’s expectations and some make it to the age of the patriarch towards resolution. especially that Ruby Hamovi, from historians sometimes can’t determine the thirteenth century AH, about the circulation of people, words, Gardens Finn had said. 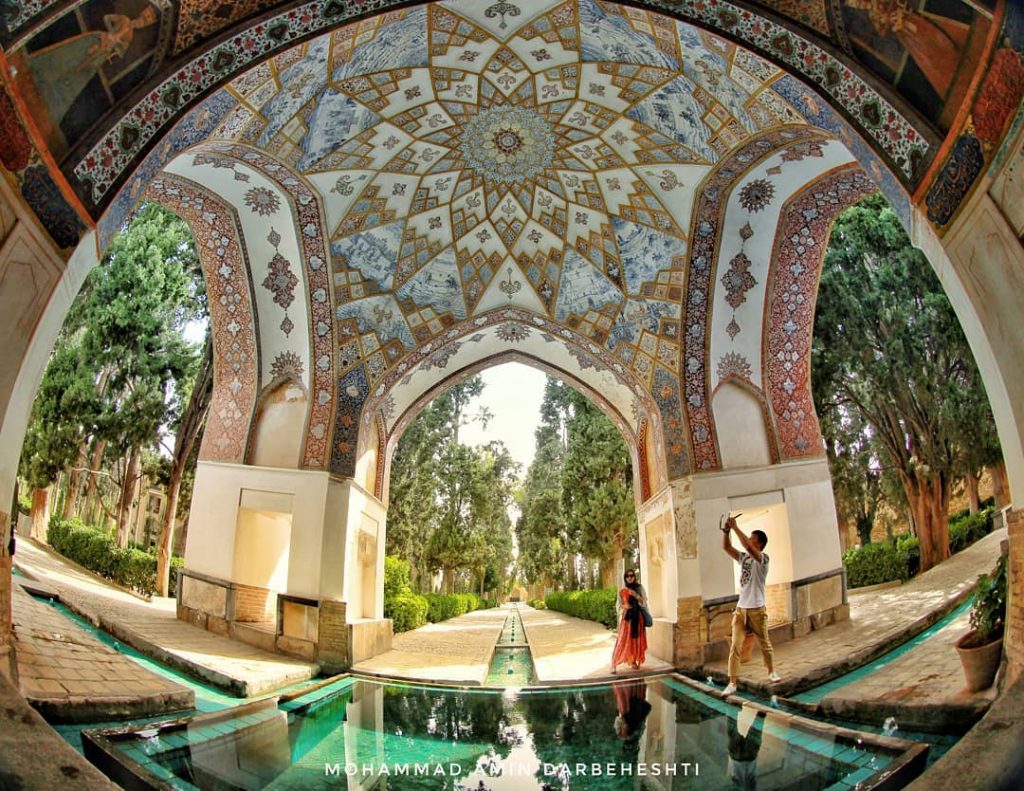 In the late the era of Shah Tahmasp in the Year 951 solar system. The garden of fin, in effect, Iran, fearsome, extremely damaged. And what we know today as the garden, the veteran is famous, in fact, remains the same earthquake, which is a few hundred yards garden Finn to be seen.

At the time of Shah Abbas ikam, actions took place in the direction of Abadani Kashan, and at the same time, the modern fin garden called “Fin no garden” built. For this new garden, they built round and high towers and constructed the gap between the old and new garden, a vast Street and square that used for polo and a variety of races and games.

Shah Abbas also ordered the construction of a barrier of stone. And mortar in a kilometer south of the garden in order to prevent the flood from occurring. Meanwhile, in the book of historical monuments of Kashan and Natanz, Hassan Naraghi referred to the construction of high towers and palaces around the Finn garden.

In addition to the entrance entrance, buildings such as one of the garden baths and Safavid Palace also built during this period. King Solomon Safavid did not stay behind. And ordered the construction of a queue around the fountain of Finn, which may be why the “fountain of solomonia” became known. The Finn garden cobblestones, which have shamseh scheme, belong to the Safavid time.

The Finn garden of Kashan distanced from the late Safavid period to the zandiyeh period, until karimkhan Zand ordered the ruler of Kashan to restore the garden and its existing buildings. At the same time with these restorations, a new building called “karimkhani retreat”  added to the garden.

Most of the modern buildings of the garden are the result of Fathali Shah Qajar era. Which was of great interest to the garden and fountain of Finn. According to his orders, the ruler of Kashan obliged to give the fin garden a royal appearance by performing a series of restorations. Therefore, in addition to a small bath in the vicinity of the Safavid bath, camel glaui mansion built next to karimkhani retreat. Camelgloy Fathali Shahi can found on the southeast side of the Finn garden.

In the Pahlavi period in 1314 the Finn garden registered nationally and this caused more attention to this astounding work. At the same time, the restoration of the central garden pool put on the agenda. In 1336, the cornerstone of the Kashan National Museum placed on the remains of Nizam al-Dawla retreats. In addition to the building that constructed near the bathrooms and libraries, many parts of the fin garden such as the castles refurbished in 1978.

After the Islamic Revolution

Garden Finn after the Islamic Revolution in Iran. So, the attention was not cold. however, in the year 1387 A series of actions, such as organizing the palm garden and the glory. Inside the garden and water output in their places., the restoration of the mansion gate, etc. Bamsazi Belvedere Safavi and installation of CCTV cameras done. After the fin Garden World Record filed in 2009, UNESCO requested changes in sidewalks and garden cobblestones.

The Finn garden of Kashan has witnessed important events. And events throughout history that continue to briefly pay some of them.

The celebration of King Ismail Safavid

At the beginning of his rule, Shah Ismail Safavid goes to Kashan. And holds a celebration for the public in the Finn garden. People also adorn the city in honor of his presence. During his twice presence in the garden of Finn, Shah Ismail celebrated and stomp in this place made people happy.

Khidr nahavandi was the ruler of Kashan for many years. And had great power to the extent that this authority caused concern by Shah Abbas. Around 986 Hijri, he attacked by a knife and killed in Finn’s garden. It later said that it a political murder committed by the King’s order.

Death of the King

Shah Safi had repeatedly gone to Finn’s Garden in Kashan. Although he died during his last visit to the state House, according to a narrative, as a result of excessive consumption of liquor. After the incident, his 10-year-old child crowned in the same garden.

Muhammad Taqi Shah, known as Amir Kabir, that the chancellor of Nasir al-Din Shah, etc. Have a significant impact on the prosperity of Iran it found that measures such as the establishment of the Academy. The reorganization of the army, divided water, Karaj is to determine the rights to the courtiers and… Did many services for this country. With that he won the popular sight of the King was.

There are enemies such as mother of the king and Haj Ali Khan Maraqha cause was finally Amir Kabir of the chancellery guide to Kashan exile to be. However, the enemies of the AUT with the science to the issue of drunken king, abuse them. And for the murder of the Chancellor reputable of the king signed the other.

The killers are on their way to Kashan and arrive at Finn’s garden when Amir Kabir was taking a bath. They enter the bath through the alley and recount the King’s ruling for the Amir and he requests to see his wife and children for the last time, write a few lines of wills and pray two Rak’ahs. Requests that not accepted and only allow him to choose the method of killing himself, and he also asks the bath clock to beat his arm vein.

For more speed in his career, the killers do not wait for the death of the emir. And strangle him with a cloth. This ominous event occurred on December 20, 1230, resulting in seven days of mourning in Kashan. His body buried in the shrine of Habib bin Musa Kashan. And two years later his wife transferred to Karbala to bury in the shrine of Imam Hussein (as).