Qom province is one of the smallest provinces in Iran. Also, the capital of the province, Best of Qom, Iran tourism, is one of the most visited and important places of religious tourism in Iran. Besides, Qom is also very rich in cultural-historical places and beautiful and pristine nature.

In addition, Qom hosts a large number of travelers and tourists every year. Also, all of Qom’s unique desert landscapes. Besides, Qom province has very beautiful and eye-catching natural attractions .Furthermore, it can be attractive for Nowruz travelers who travel to the holy city of Qom during the Nowruz days. Besides, along with the pilgrimage of Hazrat Masoumeh Shrine (PBUH). 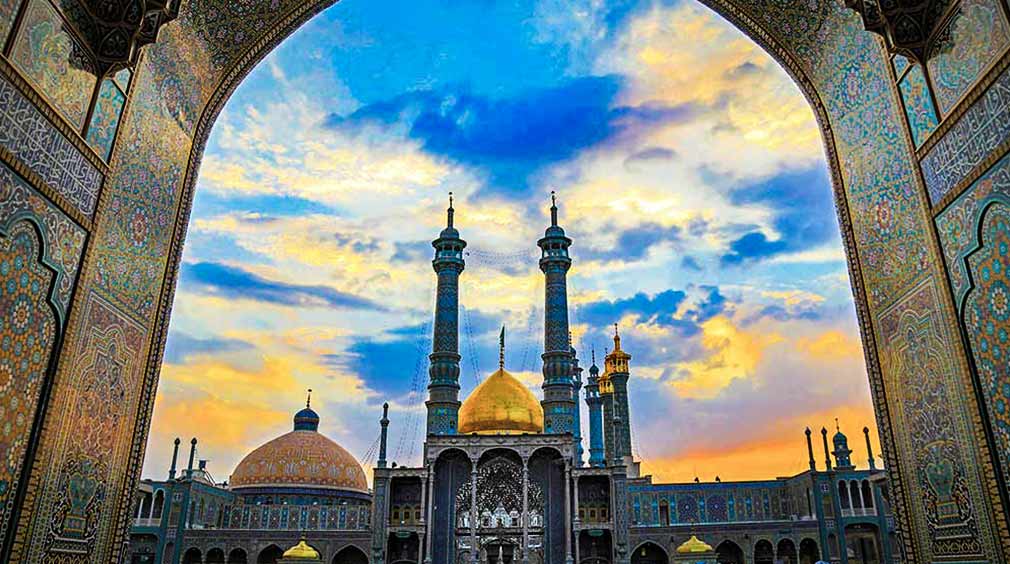 Qom province is located 125 kilometers south of Tehran. Also, it is one of the most important hubs of Religious Tourism in Iran.

According to archaeologists, Qom is one of the first places on Earth where early humans have lived for the first time. Therefore, it can say that the city of Qom and its surroundings dates back to the time of the emergence of civilization about 10,000 years ago.

Moreover, Qom destroyed before the Sassanids. Also, ghobad Sassanid decrees the renewal of the city after returning from the war with Hyattala. 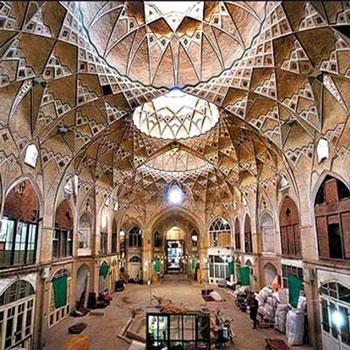 In Qom, there are no lush forests, roaring rivers, nilegon seas and high mountains. Also, this desert province has attractions in its heart with which it can have happy days.

Qom Bazaar is one of the most beautiful old markets in Iran in terms of architecture. Also, this market composed of different sectors such as Chahar Souk, Timcheh, Sara and Erteh. Besides, it has two head-worn orders with a dome cover where valves built for ventilation and lighting.

Furthermore, due to the desert climate, qom city has very hot summers and very cold winters, which is the reason the market is built to stay immune from this extreme heat and cold.Moreover, in the construction of this complex, materials such as clay, flowers, bricks and stones have used.

Actually, the different buildings of this complex have different dates. Also, some of them related to the Seljuk-Ilkhanid periods, some from pre-Safavid periods, and others related to the Safavid-Qajar periods. In addition, in the early years of the Pahlavi era, new sections have added to it. Besides, the beautiful and exemplary architecture of this market. So, its old and pleasant mood always attracts many tourists.

Yazdanpanah House, from Museum to Restaurant

Yazdanpanah House is one of the old and historical buildings of best of Qom city .Also, it dates back to the late Qajar period and early Pahlavi period. Besides, it located in the neighborhoods of Qom Cotton Garden. In addition, the building has 10 rooms, three of which have been left to a neighbor in the past.

Moreover, the rooms of the house built with different heights and different lighting rates for use in different seasons. Also, this old house used in recent years and transformed into a museum of handicrafts in Qom city .Besides, the experience of dining in this restaurant with a truly historic monument will be an interesting experience that will definitely be worth a try.

Qom Jame Mosque located on Azar Street in Qom and near The Gate of Ray. Also, it is another sights of Qom, which is very attractive to tourists. Besides, there are different opinions regarding the initial bani of this mosque. Furthermore, parts of the building built by Fath’Ali Shah Qajar, Nasir al-Din Shah Qajar and Husayn Khan Nizam al-Dawlah. In addition, according to authentic historical texts, the structure of the dome of this building constructed in 529 AH.

Moreover, the tiles of this mosque related to the time of Fath’Ali Shah (1248 AH). Also, when over time these tiles broken and destroyed. Besides, in 1375/1996, the mosque completely rebuilt and decorated with stone zinare. Furthermore, one of the interesting parts of the mosque is the stone index on which a diagonal line engraved and marked the time of noon prayer as the sun approached the middle. 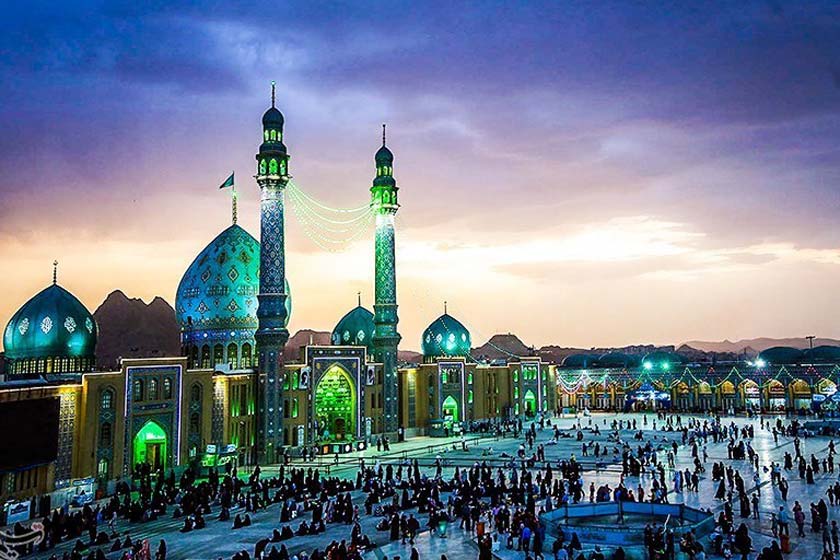 Holy Shrine of Hazrat Masumeh Shrine ,one of the most important places in Qom

The Holy Shrine of Hazrat Masumeh Shrine (PBUH) is one of the most important places in Qom. Actually, most travelers go to Qom to visit him.Also, even many lovers of the Ahl al-Bayt (a) make a short stop as they pass through the city of Qom and go on pilgrimage. So, they can wipe a little dust from their exhausted lives.

In addition, Hazrat Masumeh (AS) is the sister of Imam al-Rida (a), and for this reason, many pilgrims go to the shrine of Imam al-Ma’suma (a) for intercession. Besides, the atmosphere of this shrine is very simple but spectacular and romantic.).

Jamkaran Mosque considered one of the most important symbols of Best of Qom, Iran tourism . Also, according to hadiths, the mosque built on the direct orders of Aqa Imam al-Zaman. Besides, for this reason, it is very important among Shiites.

In addition, according to religious documents, Imam al-Mahdi (a) prays inside the mosque every Week on Tuesdays. Also, those who have come here with purity of intention can visit him. Besides, there is also a water well near the mosque, which according to hadiths. So, if you throw a letter in this well, imam zaman will read that letter.

Khizr Nabi Mountain is one of the sights of Qom. Also, it will visit by both tourists and pilgrimages. Besides, it is interesting to know that the height of Khizr Nabi Mountain reaches about a thousand meters and historical .Furthermore, religious documents indicate that in the old days, Prophet Khizr was worshiping God in the heart of this mountain.

Moreover, at the top of this mountain, a beautiful mosque built and many choose it to worship and be close to God. So, you must walk and feel peace and closeness to God moment by moment. Therefore, if you’re having a little trouble walking, it’s best to visit this mosque only from a distance.