Which city has the most tourism in Iran? Introducing the most important tourist cities in Iran:
Everyone travels with a specific purpose. So many to visit the attractions featured in three different cities, some to watch the beautiful nature, a lot to get familiar with the culture of a particular region or for reasons of much else to cities, different countries and traveling. But if you have all these reasons to travel, our country Iran is one of the best places to travel. Because of its rich history and geographical conditions, Iran eliminates all your goals of Tourism. From the Caspian Sea to the Persian Gulf, the history, culture and natural attractions of Iran are unmatched and inconclusive.

This city is a city of love, literature, history and Iranian Gardens. Shiraz is the birthplace of two well-known Iranian poets, Hafez and Saadi, and the center of the Achaemenid Empire. It is the ancient capital of Iran and has been the heart of the country for more than two thousand years in Iranian culture. Shiraz is a city where the ruins of Persepolis show its originality and dating. Among the tourist attractions of Shiraz are the following:

Persepolis, the Tomb of Cyrus the Great, The tomb of Hafiz, the Tomb of Saadi, Eram Garden, Qoran gate, Nasir al Molk mosque and so on. 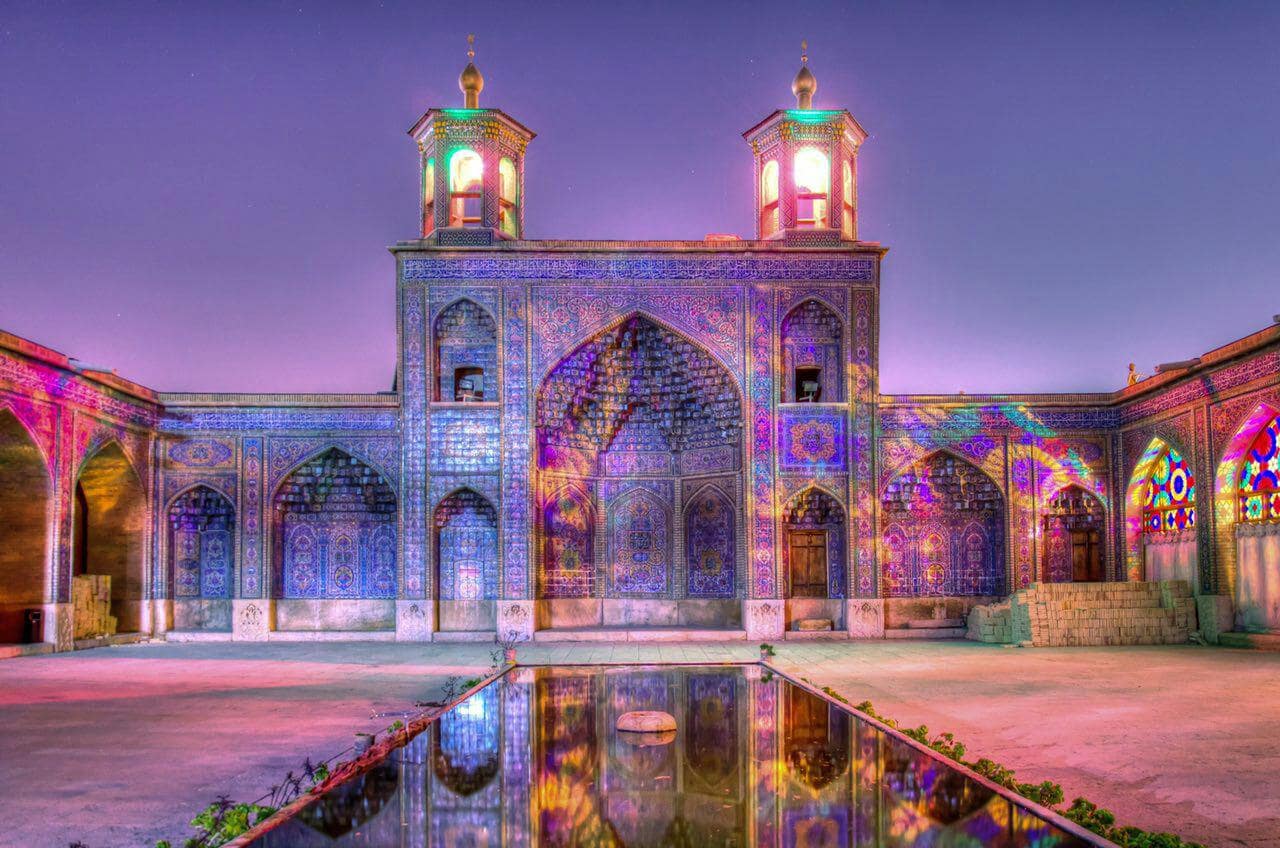 Isfahan is one of the most tourist cities in Iran and undoubtedly one of the most beautiful cities in the world. It is not unreasonable that the nickname” Isfahan, half the world ” to this unmatched city. Isfahan is the third largest city in Iran, which was the capital of Iran during the Safavid times, and so many unique buildings have remained in Isfahan since this time. Architecture, extraordinary, Isfahan, Iran, bridges, etc., mosques, and spires, its historical and most importantly, all these are the Naqsh-e Jahan Square, which, like the jewel in the city glowed, all cause the fame of Isfahan have been. Among the top tourist attractions of Isfahan are the following:

Isfahan is one of the tourist cities of Iran, which you can take into account every season the most attractive season to visit. But the autumn that gives spectacular views to the city and the coolness of the air this season, the autumn has become one of the best seasons to visit Isfahan. 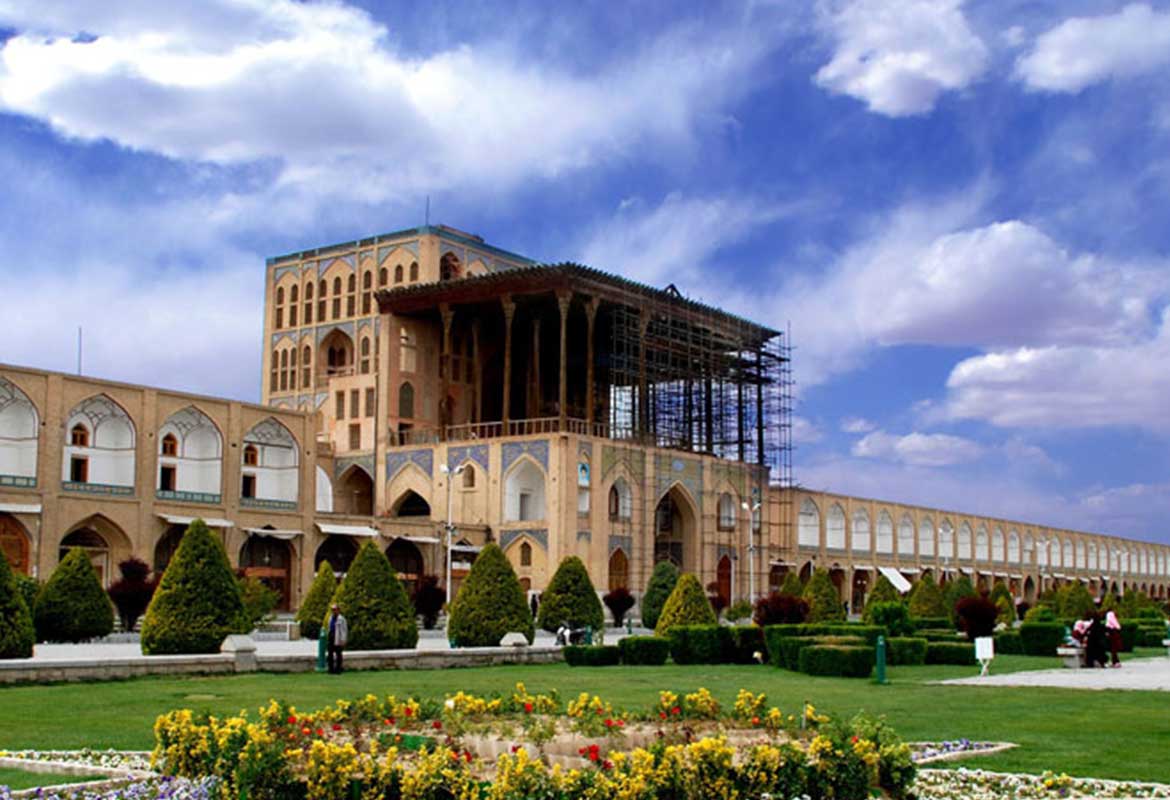 Although Tehran is known as a busy and traffic city. It is always one of the busiest cities in Iran in terms of Tourism. Apart from the natural and tourist attractions of Tehran. Because of the high amenities that this city has always been the attention of many Iranian and foreign tourists. So you also do not care about the traffic and smoke of Tehran. And be sure to travel to this city to spend a good time traveling to Tehran. In addition to having many museums. And palaces that meet your historical needs, Tehran has many art galleries and cafes that you can spend a lot of time in. Among the top tourist attractions in Tehran are the following:

The metropolis of Tehran is the beating heart of Iran and one of the tourist cities of Iran, which is always considered by many foreign tourists. Tehran is a city that is crowded in all seasons. So the best time to travel to Tehran is Nowruz that the city is deserted and the amount of pollution is minimized. As a result, you can witness the beautiful blue sky of Tehran and take advantage of the major discounts that are intended for hotels in Tehran and the city’s recreation.

Which city has the most tourism in Iran?, Tabriz

This city with a history of about 5,000 years, such as jewelry in you Iran is showing. Tabriz is the scientific and cultural hub and the carpet capital of Iran. In addition to attractions, historical and tourism unsurpassed city of Tabriz, the market, the city, which is the largest market for indoor the world, and a UNESCO World Heritage site is registered, all caused the admiration of the city are. The beauties of the city, so by that people, Tabriz, Isfahan half of the world and Tabriz. The other half of the world they know, and believe. If Tabriz, the absence of Isfahan, the whole world be like this. Among the top tourist attractions of Tabriz are the following:

Bazaar Tabriz, Iil Goli palace, Kabood mosque and so on…

Tabriz is one of the tourist cities of Iran, which is the best time to travel in the summer due to its cold weather.

Yazd City Wind- catcher, and the first city, Adobe, world, and ancient history, the delectable cuisines and warm people. And the kindness that is one of the most passing cities among tourists and foreigners. The Old City of Yazd dates back to the time of the Sassanid and is the center of the fire temples and Zoroastrianism. The unique architecture of the city of Yazd is surrounded by the beauty of the desert. Marco Polo also visited Yazd, which once was a crossing on the Silk Road. On a trip to Yazd, remember to admire the ancient wind lifts of the city first and then, enjoy eating the unique sweets of the city throughout. Among the top tourist attractions in Yazd are the following:

Amir Chakhmaq square, Tower of silence, Dowlat abaad garden and so on…

Yazd is one of Iran’s tourist cities and one of its warmest cities. Yazd summer is long and usually continues from early June to early September. So if you want to travel to this city, the best time to travel to Yazd is winter and from early winter to early May.

Among the major tourist cities, the Iranian city of Mashhad. In addition to being the capital of the spiritual country considere. And the existence of the holy shrine of Imam Reza (PBUH) always attract pilgrims from the remotest parts of the country. And its many around the world made, to the many tourist attractions are also in the city. There is that in addition to the religious dimension to the city day tourism as well. And what the intention of pilgrimage. what going to the colleges and universities, and tourism, according to the city traveled.

Kish Free Zone located in the Persian Gulf is always one of the busiest cities in Iran in terms of Tourism. With its natural attractions and special facilities and shopping centers, Kish Island hosts many tourists every year. From visiting attractions, historical and shopping in the shopping centers of the city have taken up walking and swimming at the beaches, coral reefs, and pleasing, and nightlife, exciting, and unique. It can travel to Kish ultimately enjoyment of, their fun.

Which city has the most tourism in Iran?, Qeshm

Qeshm is the island of Wonders and natural wonders. The largest island of the Persian Gulf and free trade zone in Hormozgan province. On the beautiful island of Qeshm, you can see many wonders of nature such as the valley of stars, salt cave, mangrove forests and a lovely place for migratory birds. In addition to having spectacular villages like loft and its rich cultural heritage. Qeshm consider to be a very valuable city with its own indigenous culture and unique local costumes. In the world of beauty of Iran and among the many tourist cities in Iran.  Qeshm Island is undoubtedly one of the top.

Posted By: zahra Eslami
No Comments Isfahan, Shiraz, Tehran, Which city has the most tourism in Iran, Yazd
Previous Post
Next Post