Mashhad district is the administrative capital of Khorasan Razavi province, the largest province in Iran. Mashhad is situated in north east of Khorasan province. Its population is 5.2 million people most of whom reside in Mashhad city. Its area is a mountain side region with moderate climatic condition. Mashhad city comprises many historical areas like Tous, Sanabad and Nawghan which are now the localities of the city. Other tourist attractions in Mashhad are Goharshad Mosque, The Nader Shah Mausoleum, Bazaar-e-Reza.

Mashhad is one of the tourism hubs of Iran that receives more than thousands of people annually. The presence of the shrine of Hazrat Ali ibn Musa al-Reza (AS) and many spectacular, historical and recreational attractions have made this city one of the most touristic cities in Iran. Also, many people travel to it from Iran and even outside Iran. In addition to the religious and pilgrimage aspects, the city has also made significant progress in terms of tourism. The city has a variety of historical, recreational and cultural complexes and can be an interesting city for tourists in addition to tourism.

Due to the large number of travelers of any age to visit Mashhad and the pilgrimage of Imam Reza (AS), the variety of choices for a planned trip, considering all the elements of travel such as a suitable hotel, transportation or food costs is very high. So, to achieve this goal, travel tours have been prepared to make traveling to this city easier. Also, you can try our Iran religious tours and visit Mashhad city with Iran Destination.

Imam Reza shrine is a complex which contains the mausoleum of Imam Reza, the eighth Imam of the holy prophet’s descendants, those who had all the criteria of piousness and greatness manifested in themselves being an excellent paragon of graciousness. It is the largest mosque in the world by dimension and the second largest in capacity. Also contained within the complex include: the Goharshad Mosque, a museum, a library, four seminaries, a cemetery, the Razavi University of Islamic Sciences, a dining hall for pilgrims, vast prayer halls, and other buildings.This complex is the center of tourism in Iran.

There is an International Airport (Hashemi Nejad Airport) in Mashhad. There are flights from  all the cities which have flight to Mashhad. The large cities like Tehran, Isfahan, and Shiraz have flight everyday maybe more than 2~3 times a day. 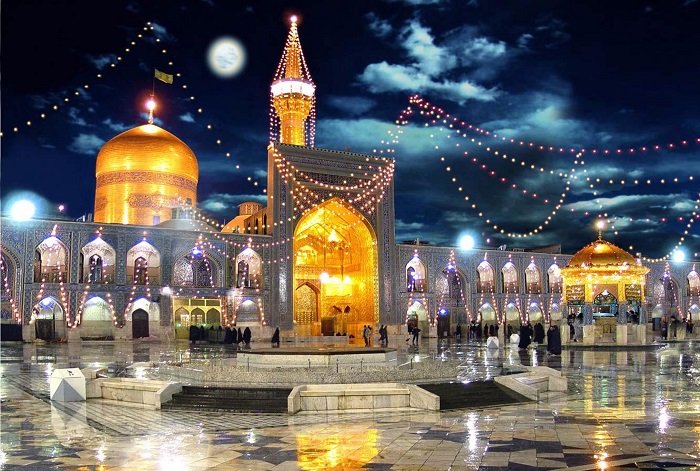 Imam Reza Holy Shrine, Goharshad Mosque, Nadir shah Afshar Mosque, Water waves Land, Ferdowsi Park and mausoleum, Torqabe sightseeing village restaurant, Shandiz village restaurant, sculptures, Reza Bazaar. You can join our team, Iran Destination, and get more acquainted with irantour and all of the tourist attractions in Mashhad. Iran travel agency, Iran Destination, will organize your trip to Iran. You can offer your tailor-made trip to Iran or visit our programs on the Iran tour page. You can contact to our Iranian travel agency, our agents are online to answer all your questions about iran travel. 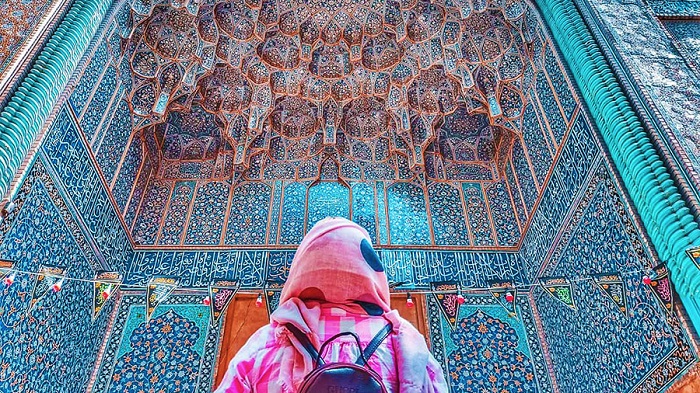 During the Abbasid caliphate this region gained prime importance. After the burial of Imam Reza (A.S) in this place it became famous as Mashhador Reza ( the burial place of Imam Reza ( A.S) ). It flourished and prospered during the Safavid period and became the second largest city in the Islamic world. The existence of the holy shrine of Imam Reza (A.S) in the city of Mashhad has made it the pilgrimage center of the Shi’ites of the world attracting more than 15 million pilgrims from Iran and various countries.