The city of Dezful is located next to the Dez River. In the plains of Khuzestan province, at an altitude of 140 meters above sea level. Darfol is one of the cities of southwestern Iran. It is located on the east bank of the Dez River. And southwest of the Zagros Mountains. The city has a hot and dry climate. In fact, this city is one of the oldest cities in Khuzestan province and has outstanding features in terms of history, nature and culture. You can join our team, Iran Destination, and get more acquainted with this city. Iran travel agency, Iran Destination, will organize your trip to Iran. You can offer your tailor-made trip to Iran or visit our programs on the Iran tour page. You can contact to our Iranian travel agency, our agents are online to answer all your questions.

Dezful iran is the 30th most populous city in the country and the center of Dezful city. The city is 143 meters above sea level and is one of the northern cities of Khuzestan province. Dezful is bordering by Lorestan province to the north. Suleiman mosque and Chaharmahal Bakhtiari to the east. Andimashk to the northwest. Shush to the west and Shushtar and Ahvaz to the south. Dezful iran is an important city due to its history and crossing the Dez River. The resistance of the people of this city made Dezful known as the city of endurance and the capital of the Iranian resistance.

Dezful is one of the cities in the foothills of the Zagros Mountains and its history dates back to the Sassanid era. But the roots of its ancient habitation go back to 5,000 years ago. The ancient name of Dezful was Dizpel. It means a bridge that has a fort or a bridge that reaches the fort. This city is one of the oldest cities in Khuzestan province. It seems that the city of Avan, which was the center of the Elamite kingdom, was located in Dezful. The historical bridge of Dezful is for during the reign of the first Sassanid Shapur and by the Roman prisoners of war against the Sassanids. Gondi Shapur or Jundishapur University was also located near Dezful iran. 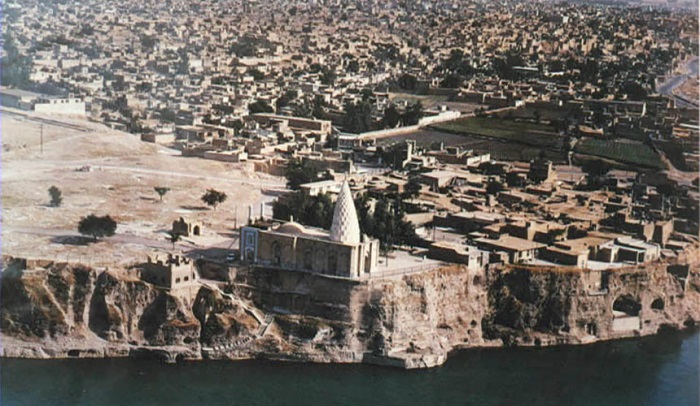 Among the oldest historical monuments of the city, we can mention the prehistoric sites, the old city of Jundishapur (the first university center of Iran), the Sassanid bridge, the beautiful texture, traditional architecture and old buildings. Dezful mills, Jame Mosque, Green Ghoba Tomb, Old Bazaar, Lab Khandagh Mosque, Shah Abolghasem Tomb, Shah Rokn al-Din historical complex are among the scenic and historical areas of this city.

This city has a beautiful and attractive nature due to its mountainous climate and plains. When you enter Dezful, you will encounter special and beautiful attractions. Shahyoun Lake is one of the most beautiful and spectacular areas in this city. It is located behind two mountains, Tangavan and Shadab. Also, you can go skiing, swimming, boating  along this lake. The abundance of side trees and almonds has increased the beauty of this area.

Agriculture in this city is in a high level of production and is the main occupation of the people of Dezful. The fertile plain of Dezful and the existence of important rivers such as Dez and Karkheh have caused various agricultural and horticultural products such as wheat, barley, rice, cotton, leeks, sugar beet, sugarcane and various citrus fruits, especially oranges, especially in this area. Livestock is also very active in this city and includes raising sheep, goats, cows, buffaloes, camels and various types of native poultry. Also, industrial livestock farms have been established in more than ten units in different parts of the city, which include six dairy farms and four fattening units. These farms are in a modern way and with good facilities.

Undoubtedly, many people recall the hydraulic structures of Shushtar as soon as they heard the name of this city. Shushtar is one of the southwestern cities of Iran, located in the foot of the Zagros Mountains. The last slope of the Zagros Mountains forms the eastern border of the city and the river Dez the western border. The most important sights of this city are the 14 historic blue buildings, which are on the UNESCO World Heritage List. In addition, there are a large number of holy graves and several shrines in this city, which is why Shushthar is also known as the “city of forty old people”. 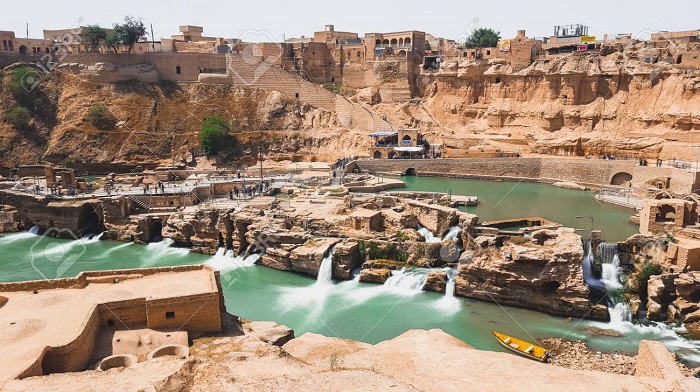 Important handicrafts of this city include Dezful pen, wooden hand tools, goldsmith, and also, felt weaving and embroidery. If you travel to this city, do not forget the food souvenirs such as date cookies, sugar and salt cookies, sesame concoction, mint tablets and citrus fruits.

For exemple, the cheapest bazaar in Dezful is the night bazaar or the auction market. It is located next to the Dezful cultural complex. Also, another market of Dezful is the old market which has a historical texture and some traditional and handicrafts such as carpentry are still done there.

In addition, in Dezful, there are traditional food shops including rice milk and Halim. Traditional dairy products or brass milk can be seen in different parts of the city.  Both fixed and mobile by car; Of course, these foods are consumed both for breakfast and dinner. Especially, all days of the year, even the holidays of these centers offer their products at reasonable prices and somewhat cheap. In that case, these delicatessens are so deeply rooted in tradition and history that they are the specialized occupations of some of the city’s most famous families, and are the surnames and even surnames of some families, and for this reason many of these families are still in They produce and sell their dairy products at home.