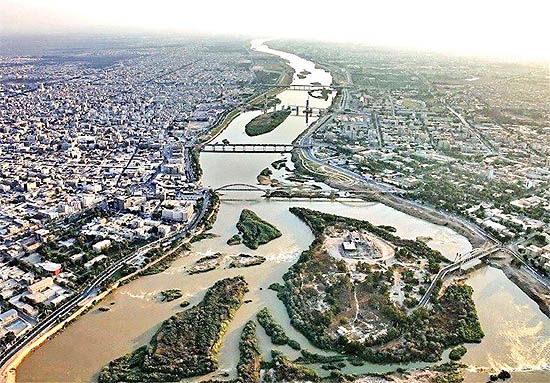 Professor Gershman, a well-known French archaeologist, considers the Pabdeh Cave in the northeast of Shushthar to be the first human settlement in Iran and estimates that Shushthar was formed 10,000 years ago.

Walter Hines, a well-known elite scholar, who suggests in his book “The Lost World of Elam” that Shushthar might be the abyss of the elite. It is also possible that the older and elite site of the city located in the area now called Hidalu. But then the Achaemenid kings destroyed and then rebuilt the city.

Archaeologists excavated Abu Abuchizan hill in 2004 and found traces of the early Susa rule seven thousand years ago. In the historical texts of the West (ancient Rome and Greece), Shushtar is kuturkutir. In the Arab world Shushtar is also called “tester”.

Shushtar has a special traditional urban architecture and texture. The traditional architectural texture of this city is dense and compact, in which the narrow alleys, high walls and narrow passageways all lead to the main squares of the city, with sabbaticals or canopies. In addition to creating cool spaces in the passages, sabbaticals connect the two houses at different distances. And also, apart from the architectural connection, they provide the ground for communication and the construction of additional floors. The narrow passages with different twists are not only a way to escape the heat and direct the wind into the back alleys and corridors, but also connect the different districts with the gates and entrances of the city.

The homogeneous and uniform architectural texture has created pleasant effects in the architecture of this region, using local materials such as bricks and creating beautiful and innovative rolls called “Chinese blood” and the use of stone inscriptions carved into the building by Shushtharian craftsmen.

In general, the form and composition of Shushthar depends on its nature, the position of the rocks, the height of the ground and the course of the rivers. In this way, it has created an artistic combination with natural elements to innovate architectural spaces not found in other towns of the province. 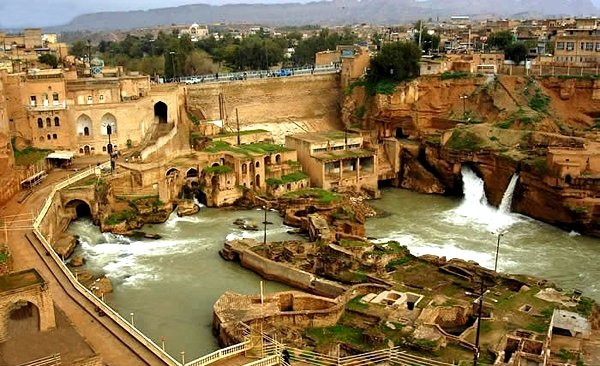 Shushthar has been flourishing since pre-Islamic times and was the capital of the province of Khusestan from Sassanids until the early Pahlavi period. The most important sights of this city are the 14 historic blue buildings, which are inscribed on the UNESCO World Heritage List. In addition, there are a large number of holy graves and several shrines in this city, which is why Shushthar is also known as the “city of forty old people”.

Many of the national monuments registered in Khuzestan province are in Shushtharr. And, according to Khuzestan Heritage and Tourism Organization, it attracts the most tourists every year compared to other cities in the province.

Shushtar Historical Hydraulic System is well known around the world. There are several books and articles about this ancient city and its amazing attractions. Iran Destination as a well-known agency recommend you to visit this city with our professional team.

Anyway, for any further information regarding our tours and offers, please click on our best selling Iran tours: