Zayandehrood – which is translated into “The alive river” is one of the most important rivers in Iran, originating from Chaharmahal va Bakhtiari province and after crossing the lush valleys of this province, it enters the province of Isfahan and then the city of Isfahan.

Zayandehrood was never abandoned by foreign travelers, whether it is inundated and its waters reached the bridge’ edge or it is dried. 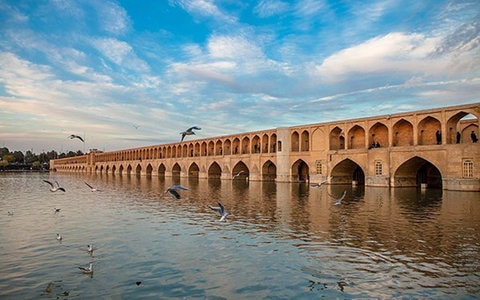 Zayandehrood is the largest river in the center of the Iranian plateau. It was the capital of Iran during the Safavid era and the expansion of its connection with the Western world caused many foreign travelers to come and visit the river.

Sio Se Pol bridge is the longest Bridge and Khaju Bridge is the oldest Bridge, are famous bridges on Zayandehrood river that have been widely written about in foreign travelogues.

Venice Tourist Pietro Delavale has described Zayandehrood in the year 5:

“The street is cut by a river that is not very shallow and is made up of thousands of streams flowing from the nearby mountains. The difference between this river and other rivers of the world is that after a distance it is divided into very small branches and sinks into the ground without water falling into the sea.”

Zayandehrood is fluent in a wide-ranging hospital. Some parts of this river is used to supply the pools and ponds of countless palaces and houses. At times, water flows into the sky in the form of fountains that delight viewers, but often calm and stagnant water is in the ponds. n 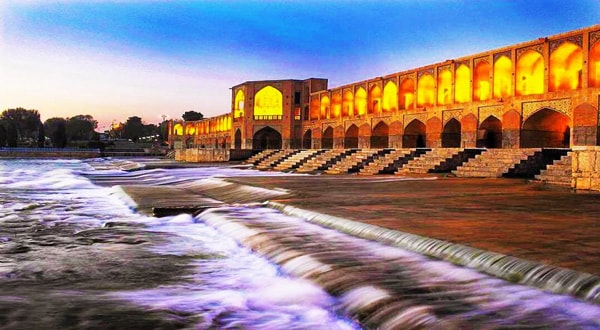 Iran Destination is an Iran Tour Operator feeling responsible which provides Iran visitors with the best services. You can look at our Iran Tours and choose one to go to Iran. If you have any questions, please feel free to ask our travel agency in Iran team. n