What is Nowruz Festival?

What is Nowruz Festival?

The thought of celebrating Nowruz roots in ancient history. There is no doubt that Nowruz Festival has a very old history among the various ethnic groups in the world. Aryans, the period of the Prophet Jamshid, is the time of the birth of the New Year celebrations. 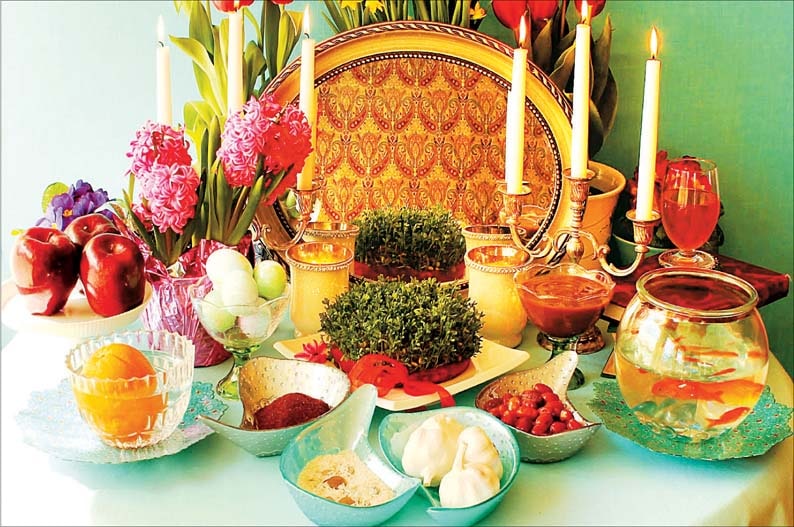 Mythical and Historical Origins of Nowruz

The celebration is closed to the religious arts of the Aryans, such as the “Ayyar Mehr” of the Zawrawi (goddess) or the Award, which are very primitive. Jamshid, the famous, popular and the only character in ancient Ariana.

According to the researches, Nowruz celebration dates back to the “Aryan hurricane“, which is related to the Glaciation of the fourth geological period which is 10,000 years old.

Ferdowsi, the most famous Persian Epic Poet, narrates in the story of the birth of the Nowruz Festival: “When Jamshid died, he sat on the cosmic bed, called all the leaders of the army and the state around, all gathered together. So this day is now called as March, the beginning of the year. 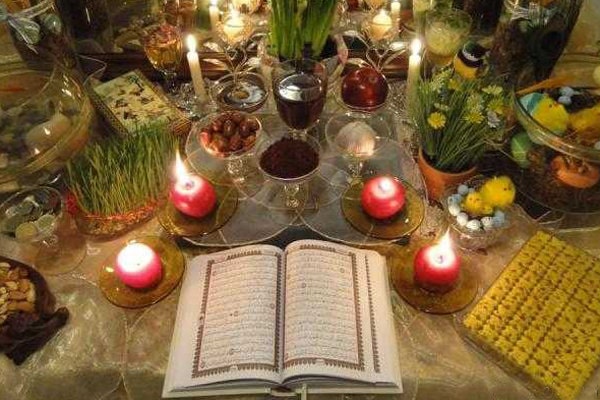 According to the researches about the Pre-Islamic Period, it has been said that in difficult days, the cows, fire, dogs and rams have helped the Aryans. Therefore, we see the role of the cattle in lactation, fever and important transmissions, and fire for light and heat in a hard winter.

Scientists believe that Aryans have worshiped fire, but it was no worship like the Buda, but praising fire for its heat and fire. It is even now, the greatest exploration of human. 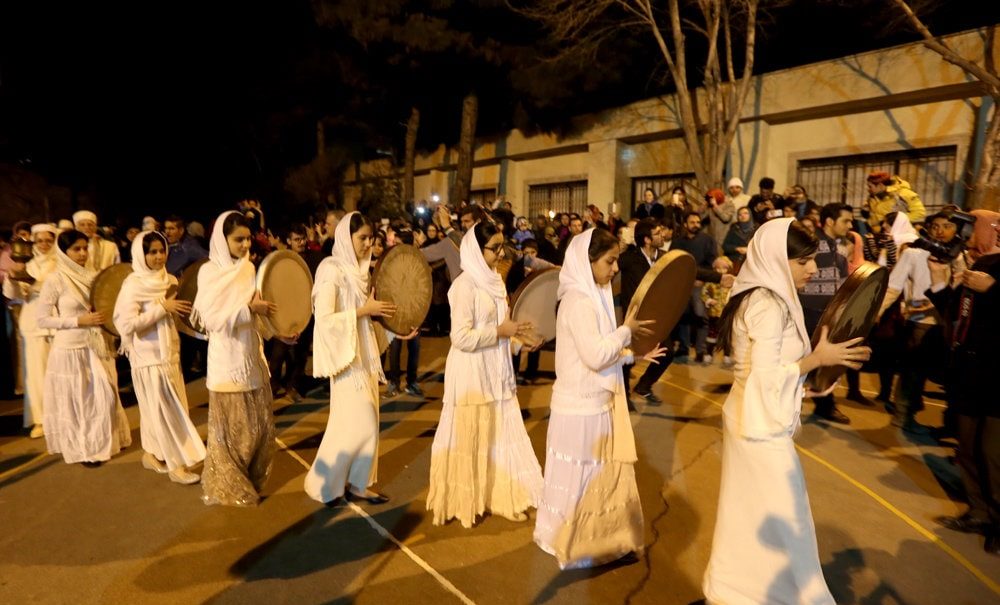 The Zoroastrians thought about the fire and worshiped it . Although the Avesta Goths may have been written much later than these beliefs, the prayer of worship is different.

Aryan and even non-Aryan relatives celebrate and celebrate Nowruz for hundreds of years in different ways. Unfortunately, today in some regions and countries, Nowruz has just been holidays and has been out of celebration. While the celebration of the word “Yashen” meant pray and worship.

But the celebration of Nowruz has become entangled in the cells of its body, the thoughts and beliefs of the people, and even their history and beliefs. 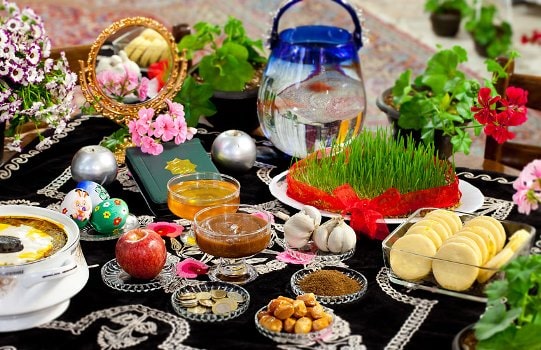 Nowruz Festival on the walls of Persepolis

According to the researches, kings and peoples of the Achaemenid period celebrated Nowruz as an ancient religion during the year. Nowadays, the first 13 days of the year and “13 be dar” are the main celebrations of Iranian.

king, from Persepolis, a holy place for praying during Nowruz, called for the various tribes of Mad, Elamite, Babylon and others with their local costumes to celebrate the new year at Apadana palace in Perseplos. They were celebrating with the king and gave their gifts from their local crops, agriculture and animal husbandry to him. 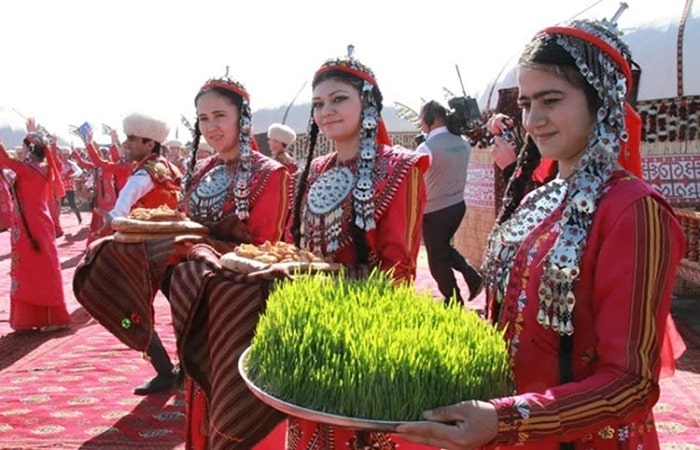 Evidence suggests that the New Year Celebrations have also a strong relation with the ideas of the Islamic period. As the deceased Imam Ja’far Sadeq, a scholar of the Shi’a religion called Nowruz as a sincere and glorious day, on the day that Adam (AS) was created.

Nowruz  is Celebrating  in various Islamic and non-Islamic countries, especially Afghanistan, Iran, Tajikistan, Pakistan, India, Central Asia, Iraq, Turkestan, China, and the Slavic European countries and other parts of the world with its special rituals and customs. 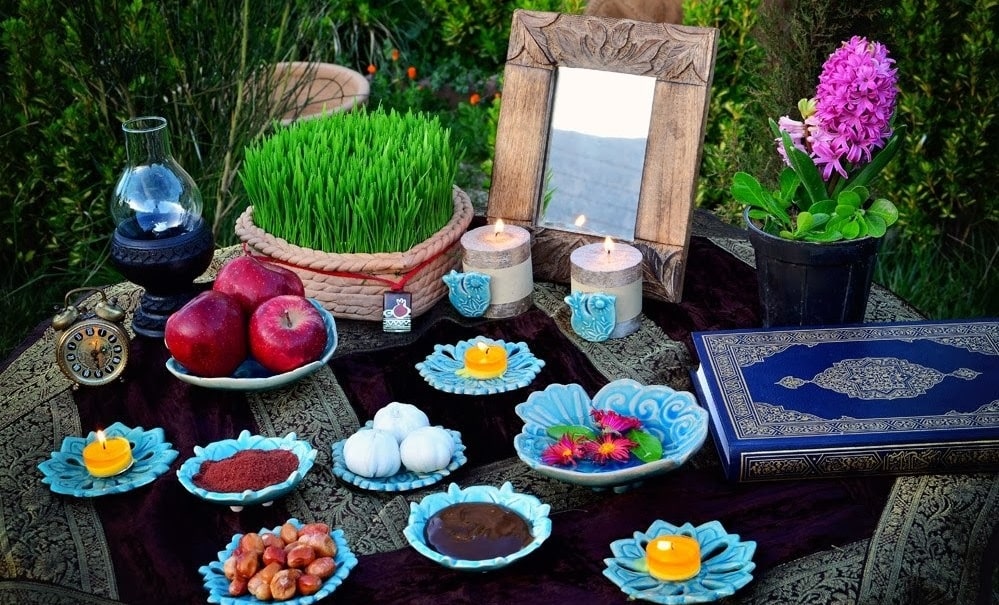 Iran Destination offers a variety of Iran Tours to help you to experience the greatest ancient ceremony, Nowruz Festival, in Iran.  Contact our experienced tour operators, we’d help you to make memorable moments in Iran.