Persepolis is one of the most important monuments and Iran tourism, which many people enthusiastically go a long way to see the glory of Iran’s history closely and have a wonderful Iran tours. To see this great work, you must go to the center of Fars Province, 10 km north of Marvdasht and 57 km from Shiraz. Persepolis is actually the ancient city of Iran, which has been the magnificent and ceremonial capital of the Achaemenid Kings. The city is one of the three main capitals of the Achaemenid. But most of the ceremonial aspect and political work do in the two capitals of Susa and Hegmataneh. In this ancient city to the recipe download.

King of the Achaemenid mount called Persepolis was true that the duration 200 Year. Therefore, which the various ceremonies were held, at the ceremony, New Year, representative of the different countries with the gifts your precious Persepolis deliver to the beginning of the new year, the Shah of Iran, Pretoria. The ancient city is located on the hillside of Rahmat, where many palaces and buildings such as Apadana Palace, Thatcher Palace, Hadish Palace, Queen’s Palace, sadstone Palace and yen are built. This set of columns and columns of beauty that part of the famous owes it, at that time in this place about 550 columns that are left today. 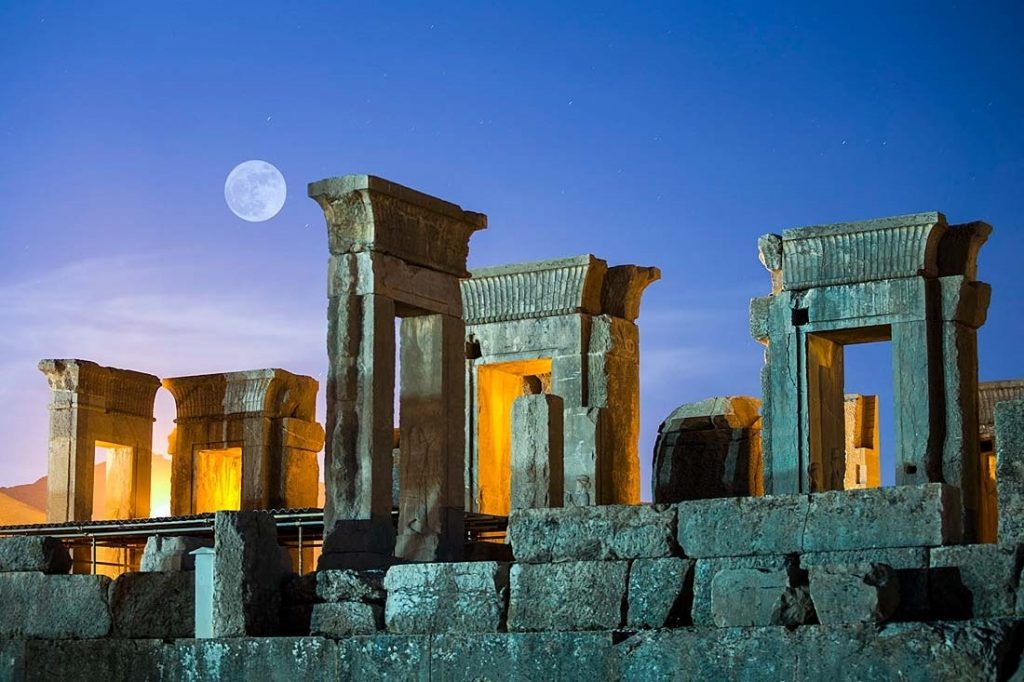 Perhaps you curious to know exactly when this building built, its construction dates back to 518 BC. It is true that founder the monument of Darius the great. But after him, his son Xerxes and his grandson Artaxerxes I of each parts to the building, add, and it’s more magnificent than the previous were. We now information about the culture and history Achaemenid. We all owe stone posts Persepolis are the number of 16 the inscription of the Achaemenid in this series. The Relic remains that the language of the cuneiform and are one of the most famous of the inscriptions of Darius the first .

At that time, there were 39 different residential sites in Persepolis. And its population estimated to be about 43,600 people. According to the historians of Alexander the Macedonian in the Year 330 before Christ. In an attack on Iran, Persepolis to the fire takes the books and Arts, a lot of people, it is time to Ash, turns out. The monument of Iran is so glorious that in 1979 it was one of the first Iranian historical monuments that were registered in the UNESCO Cultural Heritage List.

After the Achaemenid Sassanid Kings left various inscriptions in Persepolis and added to his glory. If you want the series to the Tomb of the great kings of Persia, like Darius the great, the Xerxes King, Ardeshir A, and Darius, the second check should be the role of Rostam in 6/5 KM Persepolis on the go and in the passing of time, up to several thousand years before you travel.

Also, In 518 BC, Persepolis began as the new capital of the Achaemenid gamers. The founder of Persepolis Darius was great, but after him his son Xerxes and his grandson Ardeshir I added to the expansion of the complex. Many of the existing awareness about the history of the Achaemenids. And their culture available because of the stones and metalworks that engraved in these palaces and on the walls and tablets.

Believe historians that Alexander the Macedonian Sardar Greek 330 BC, Iran, invaded. And Persepolis on fire, and probably a huge part of the scrolls, culture, and art of the Achaemenid with this destroyed him. However, the ruins of this place still established, and archaeologists confirm the signs of fire and the invasion of its ruins.
Since 1979, this place has been one of the recorded works of Iran in UNESCO World Heritage sites.

Persepolis is the name of today’s “gamers”. “Gamers” is an ancient Persian language and the Greeks called it Persepolis (the Greek “gamers city”). This building called Persepolis or the King’s Palace of Persepolis. Therefore,  the mythical king of Iran, which has come in the Shahnameh of Ferdowsi. As stated in multiple sources and diverse historical occasions the construction of Persepolis. Also, in about 25 century ago on the slopes of the western mountain of mercy, etc.

consequnently, in other words, Mitra or Mehr, and at the time of Darius the Great began and then by his successors with the changes in the primary, it continued. Based on clay’s writings have been discovered in Persepolis, in the construction of the monument, Persepolis, architects, artists, craftsmen, etc., workers, women and men, countless companies that in addition to salary insurance benefits, unions, also use me. The construction of Persepolis of this large and beautiful complex lasted 120 years. 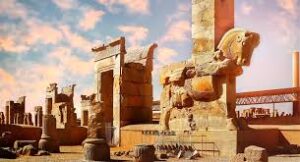 How to construct Persepolis

The full breadth of Iran, Persepolis 125 thousand square meters. It based on  that its height between 8 up 18 meters above the plain Marvdasht erected and are important parts of the following:

Log podium, two staircase that are opposite each other. And in the northwestern part of the collection, Persepolis, the darndkh, such as the hands that elbow of his bent. And based on examples from their land and in their place,. These staircases from each side 111 stairs are wide and short(to a height of 10 cm). Also, Contrary to the belief of many historians that claimed the low height of the stairs.  Because this was that the horses are also able to use stairs, go up, stairs, the shorter of the usual build up the comfort and majesty of the guests when climbing preserved. Above the stairs, the entrance of Persepolis, “[great gate] ” or “[gate Xerxes / gate Xerxes] ” or the gate of the nations, is located.

Above all, The height of this building is 10 meters. The building had a main entrance and two exits, the remnants of which are still present today. Also, On the western and eastern gates of the winged men and on and two stone cows with human heads sculpted. These gates decorated in the upper part with six cuneiform inscriptions. The inscriptions, after mentioning the name ahuramzda, briefly states that: “whatever is beautiful, has been done by the will of ormzad.»

Above all, The Apadana Palace in Persepolis in the North and East has two stairway sets. The eastern staircases of this palace, which consist of two staircases have carved motifs on their side walls. The stairway to the north plays the roles of the commanders of the Persian. And muddy military, while the flowers of the Lotus in their hands, carved. In front of military commanders, immortal guards being seen paying tribute. In the upper row of the same wall, the role of people while carrying gifts and approaching the palace is seen.