Did you make your decision and chose Iran as your travel destination? We want to talk about religions of iran. Travel to iran to get to know about it Are you interested in experiencing that? what do you know about Iran destination tour one of the most famous Iran travel agency in shiraz and also Iran? This is great and you can be sure that the most exciting experiences will be waiting for you. In this article, we introduce all the requirements to travel to Iran. Also, the do’s and don’ts of traveling to Iran. Also, we answer this question: how to travel to iran.

Introducing the religions of Iran

Religion in Iran has been influenced by many rituals and religions in the history of this country. Zoroastrianism was the main religion during the Achaemenid Empire, Parthian Empire and Sassanid Empire. In 651 AD, during the Rashidun Caliphate, Iran was conquered and Islam spread as the main religion. The Sunni religion was the predominant Islamic religion before the Mongol invasion of Iran; During the time of the Ilkhans and Timurids, the Sunnis were weakened and Shiites were strengthened, and finally, with the rise of the Safavids in Iran, Shiites became the dominant and official religion. According to the 2011 census, the situation of religion in Iran this year was as follows: 99.98% of Muslims and 0.02% believe in other recognized minorities; Like Christianity, Judaism and Zoroastrianism. According to a survey conducted by the World Values ​​Survey (WVS), 96.5% of Iranians consider themselves Muslims.

According to the CIA, published by the CIA, 90 to 95 percent of Muslim Iranians identify themselves as Shiites, the main religion in Iran, and about 5 to 10 percent of them identify themselves as Sunnis or Sufis. Judaism, Christianity and the religion of Zoroaster are also recognized and supported and have a special representative in parliament. Iran is home to the second largest Jewish population in the Arab world and the Middle East. The two major non-Muslim minorities in Iran are Baha’is and Christians. Followers of the three religions of Christianity, Zoroastrianism and Judaism are represented in the Islamic Consultative Assembly. Zoroastrianism in earlier times was the religion of most Iranians; But in the current period, the population of Zoroastrians in Iran does not exceed tens of thousands. Iran has the largest Jewish population in the Islamic world. 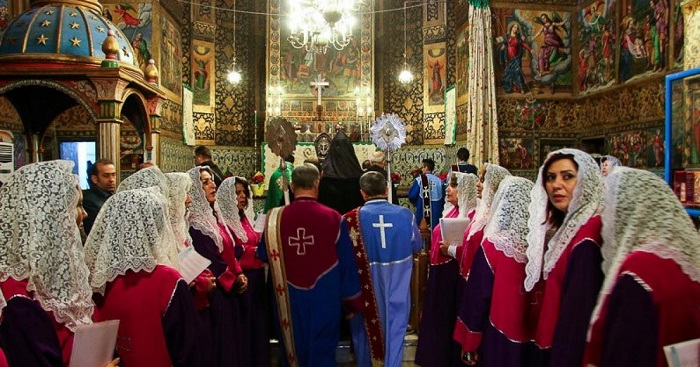 Other religious minorities include the Baha’is, Babis, Mandaeans, Yarsans, Yazidis, Satanists, Raelians, Buddhists, Hindus, and Sikhs. Religious and atheist Iranians are also not recognized by the Islamic Republic of Iran.

The arrival of Islam

Shiite Islam, which has the most followers in present-day Iran, was a favorite of groups of Iranians from the very beginning of Islam in Iran. However, from the fall of Iran to the Muslims in the seventh century AD to the unification of Iran in the sixteenth century AD with the Safavids, Sunni Muslims was in the majority. By the end of the fifteenth century, most Sunni scholars from other Islamic lands came to Iran to study Islam because there were no Islamic schools in other parts of the Islamic world as large as Iran. 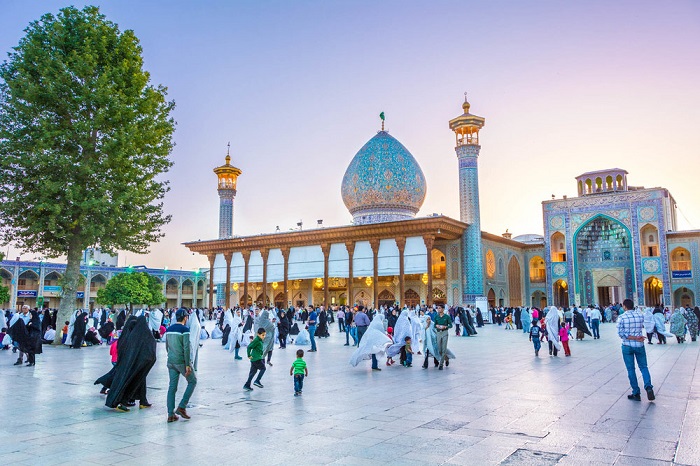 The era of the Islamic Republic

In the twelfth, thirteenth and fourteenth principles of the Constitution of the Islamic Republic of Iran, except for Islam, the legal religions of Iran are introduced as the official religion of the country, these religions are Zoroastrianism, Christianity and Judaism. According to the constitution, followers of these religions have the same citizenship rights as Muslim citizens, and according to Article 68 of the same law, representatives of these minorities in the Islamic Consultative Assembly can take an oath with a book on their religion.