Iran has some days in the year as holidays or Iran Vacations on which the offices, universities and schools are off. So, You may wanna know about them before you plan for your trip to Iran.

It causes some UNESCO sight-seeing in Iran be closed for some holidays, and you miss to visit them. It is necessary to know about the public holiday to plan your Iran trip. In addition, Iran vocations, have different celebrities as we will mention below.

Before explaining the Iran vacations, it should be mentioned that Friday is the Islamic day of rest in Iran. so every Friday is a holiday, and Saturday and Sunday are normal official days. What follows is a list of Iran holidays including the dates in 2018-2019: 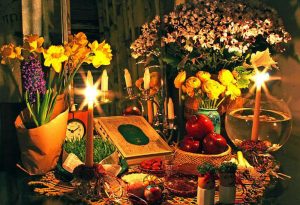 Above all, Nowruz is the name of the Iranian New Year, also known as the Persian New Year. As a result, The first 13 days of Persian New Year consider as holidays and most of people choose to travel around Iran during this period. 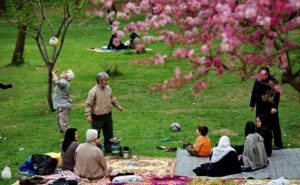 Certainly, Mabas is the event of Prophet Mohammad being chosen as the messenger of Allah. Therefore this is a holiday in Iran to celebrate.

He was born on this day. on the other hand, People all around Iran celebrate this day by distributing confectionery and juices among people.

That is to say, Iranian Shia Muslim religious leader and politician, Imam Khomeini, who was the founder of Iran as an Islamic republic and the leader of its 1979 Iranian Revolution, died in 1989. Therefore, this day is a holiday in Iran for his remembrance.

In 1963, the public protest took place against the arrest of Ayatollah Ruhollah Khomeini after his strong remarks on Iran’s Shah, Mohammad Reza Pahlavi. Therefore, Because of harshly suppressed on the protesters, a day named after people who died in this event.

Imam Ali, the firs Imam of Shias, was assassinated in 661. Most importantly, This night assumed to be The Night of Qadr which is a very great night in the blessed month of Ramadan. It is “the Night of Greatness.” In it, Allah brought down a great Book- the Qur’an. So, People all around Iran try to spend this night awake in mosques till the morning, doing religious rituals.

Certainly, Eid al-Fitr is an important religious holiday for Muslims worldwide that marks the end of Ramadan, the Islamic holy month of fasting.

That is to say, Martyrdom of imam Sadegh is a religious and public holiday commemorated in Iran

Most importantly, One of the great festivals in Muslim Calendar is Eid-e Ghorban which is to commemorate the willingness of prophet Ebrahim to follow Allah’s command to sacrifice his son. after that, As God saw he accepted the command, Allah told him to sacrifice a Sheep instead of his Son. Iranians just like other Muslims around the world, observe this event.

Ghadir event happened in 632. In addition, The Islamic prophet Muhammad gathered all the Muslims who were with him while returning from the Hajj pilgrimage, and gave a long sermon. Therefore, He announced Imam Ali as the master of Muslims. This day is one of the grate Eid in Iran which people celebrate nationwide.

Tasua marks the martyrdom of Abalfaz al-Abbas, Imam Hossein’s brother. In other word, Great rituals happen in this day all around in Iran, one of the dominants of which occurs in Zanjan, Iran. 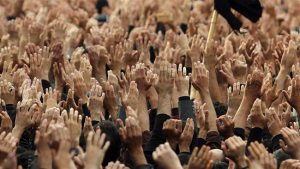 Ashura marks the martyrdom of Imam Hossein and is the most intense and passionate date on the Shia Muslim calendar, particularly in Iran, where the vast majority of the people are Shia. Further, Iranians have great ceremonies and rituals in this day.

Above all, Arba’een is a Shia Muslim religious observance that occurs forty days after the Day of Ashura. Moreover, It commemorates the martyrdom of Husayn ibn Ali, the grandson of the Islamic prophet Muhammad.

Prophet of Islam and his daughter’s son are both died in the same day of different years. So, People in Iran take mourning ceremonies and rituals in their martyrdom day in holy places like mosques.

Imam Reza’s martyrdom day, who is buried in Mashhad, Iran. Therefore, People gather in his holy shrine and other holy places of Iran and do some rituals in this day.

Firstly, Prophet of Islam was born in 570, Secondly, Imam sadegh was also born in the same day; therefore, People in Iran celebrate this day nationwide.

9th of February / 20th of Bahman
Martyrdom of Fatima Zahra

Fatimah, the daughter of holy prophet, was martyred in 632. therefore, People take mourning ceremonies and rituals in her martyrdom day in holy places like mosques.

Holding nation-wide rallies celebrated the Victory of the Islamic Revolution in 1979.

That is to say, Members of the Iranian parliament voted for nationalization of oil industry in Iran in 1951. This led to Britain’s 40-year monopoly end in Iran.