The vast territory of Iran has a lot of mountains and peaks, which are highlighted in the territory of this land. Among all the mountains of Iran, the summit of Damavand is a symbol of stability in our culture.

Mountain Damavand, which is known as the highest mountain in Iran and the Middle East, as well as the highest volcanic peak in Asia, is located in northern Iran.

This beautiful mountain in Iran has a national day. On the Iranian National Calendar, the thirteenth day of the month, it is called the National Day of Damavand. On this day, Iranian climbers gather on the slopes of Damavand Summit in the city of Rheine, Larijan, Amol city, and will celebrate the beautiful feast. 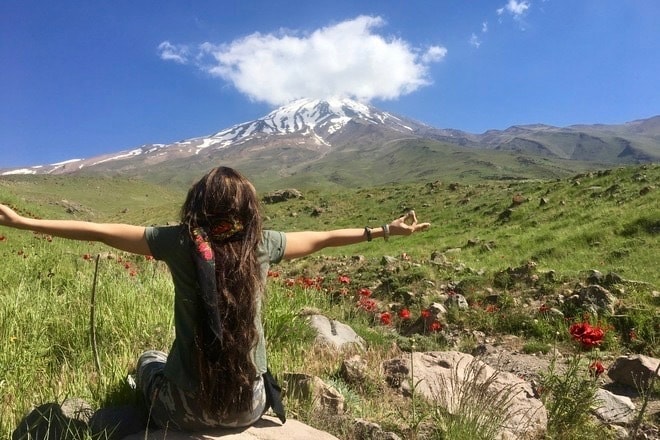 Where is Damavand Peak? 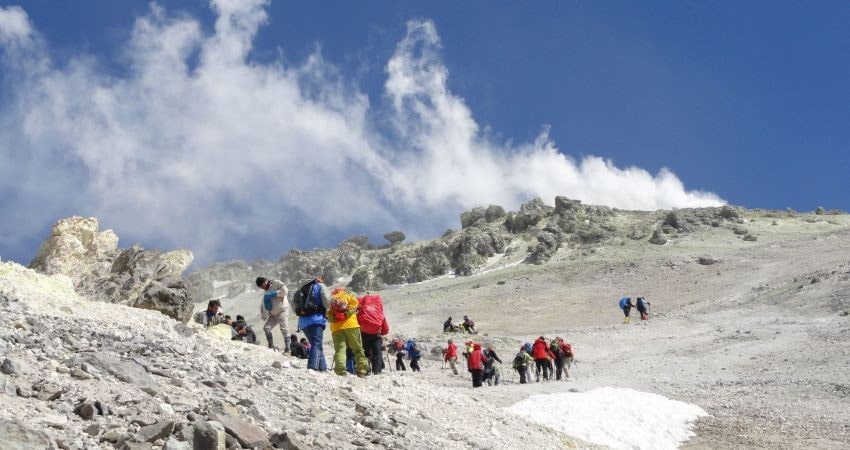 Damavand; the natural heritages of Iran

Mountain Damavand was registered in June 2002 in the Decree No. 221 of May 21, 2013. The Supreme Council of the Environment was registered as the first natural heritages of Iran in the national monuments list and was ranked among the four valuable areas in terms of environmental protection. 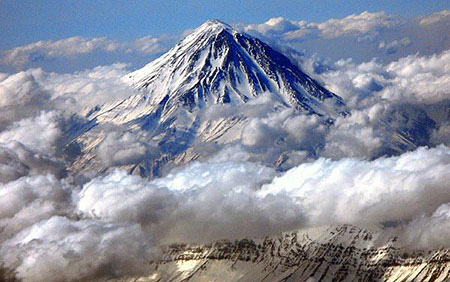 From old History to Hiking in Damavand Volcano

In the Bible, the Avesta, Torah and many other historical books from Mount Damavand have been named. Mount Damavand, which was formed during the fourth century of geology called the Holocene, has been famous among the Iranians since its inception. Even this beautiful mountain has been named in mythological stories of Iran. 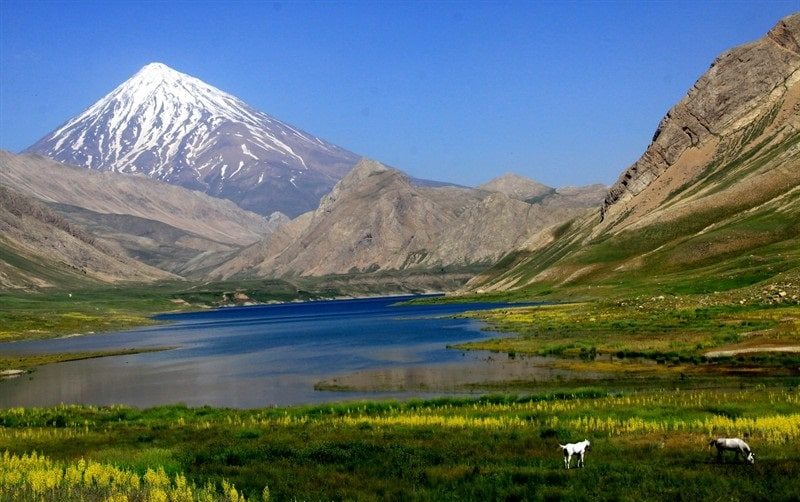 North Route The path to the Damavand Summit is from two refrigerators.

Northeastern Route The route to the Northeast frontier passes through the Fereydoon’s refuge.

Western Route The route to climb the western front runs from the Simorgh sanctuary.

Southern Route The path to climb the southern side from the southeast of the mountain. Pleur, Rhiene, Shepherd Sera and the third store in this path.

The easiest route to climb to Damavand Summit is the South Front and the hardest way to climb this peak to the North Front.

The three northern, southern and northeast fronts are located near the villages, and all of these fronts are in the middle of the road. 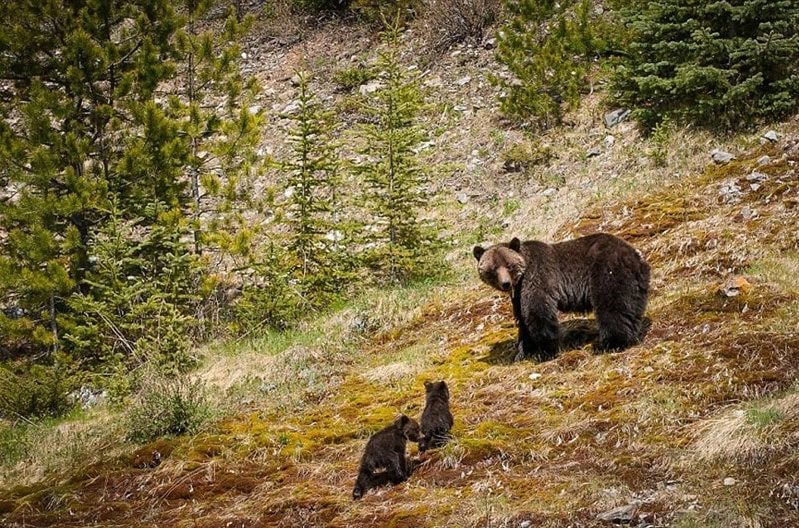 At various altitudes of Mount Damavand, there are many different plants growing on some of these plants at a specific height. Damavand mountain range is completely covered with anemone.

anemone grows at a height of 2000 to 3500 meters in Mount Damavand is known as a unique anemone in the world, and has been recorded in the world’s most acclaimed botanical books by the name of the Lar and Riene Shaghayegh. 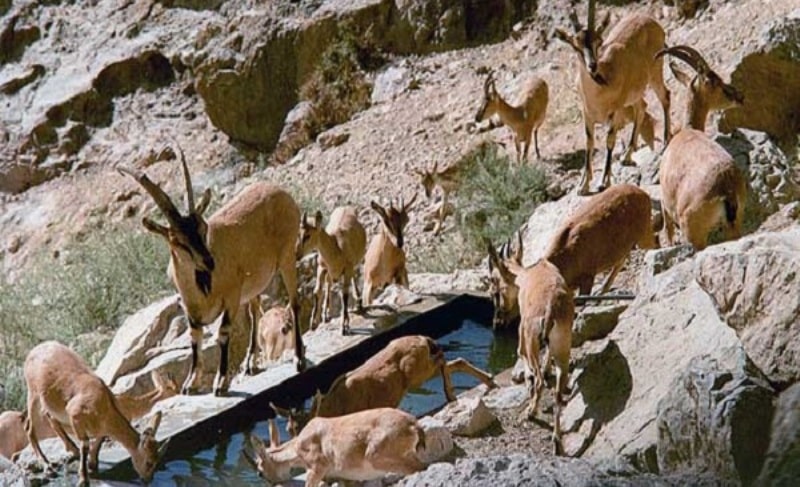 Mount Damavand is an animal habitat such as fox, jackal, ewe, goat, dog, wolf, ram, hog and rabbit. Major animal life Damavand birds are like the golden eagle, quail and bat. Other animals living in Damavand are about 5 types of snakes, scorpions, gooseberries, family types of rats and grunts. 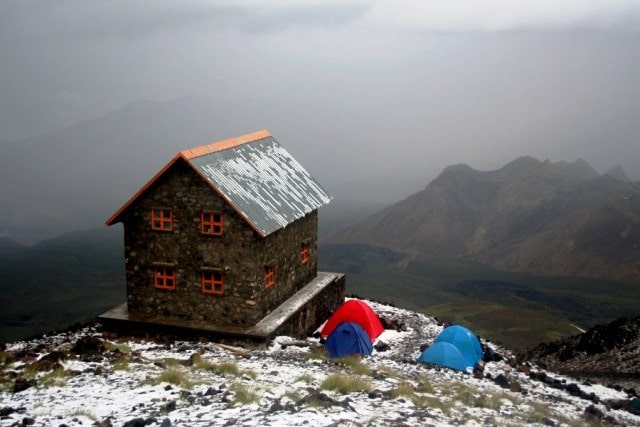 Iran is a unique country in the world. It is an amazing destination for those interested in nature, ecotourism and also mountain climbing. On the whole, I would like to suggest you Iran tour packages , especially Damavand Tour and Adventure Tour of Iran Destination Travel Agency.