Asiatic Cheetah in IRAN, the Only Habitat for These rare animals

The Asiatic Cheetah, which is also called Persian cheetah or Iranian one, is the rarest kind of cheetah in the world. This unique creature once lived in different parts of Asia, from the Arabian Peninsula to India, but none of them are now alive except the cheetahs in Iran. So Asiatic Cheetah is one of the unique features of our great country, Iran. That’s why Iran Destination, Iran travel agency, is going to write about this rare animal. Follow us to get all you need about Iran.

The Asiatic Cheetah is kind of fawn-colored and has small black spots arranged in lines on its nape and head; but on the body, these spots are just scattered irregularly. It may be interesting to know that these spots are unique to each cheetah, just like fingerprints in humans. The distinctive feature of Asiatic cheetah are the black tear marks or tear streaks just coming down of the its eyes and ending at the outside edges of its mouth, exactly like tears. Why are these marks created on its face? Yeah, to reflect the glare of sun, so that it can see the prey and hunt it easier. But let’s see how big this cheetah is. If it is an adult Asiatic cheetah, it is about 112-135 centimeters, with a tail of 66 to 84 centimeters. The male ones are bigger than the females.

Their flexible body and strong muscles made these amazing animals the fastest animal in the world. Can you believe that these animals reach the speed of 120 kilometers per hour just in 3 seconds!? 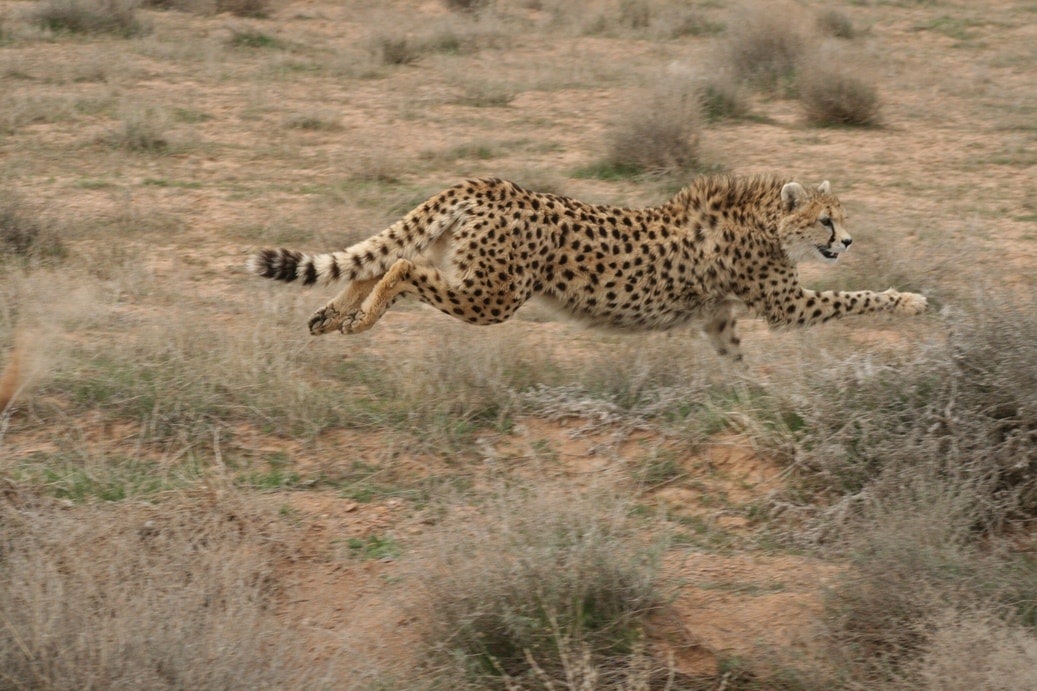 Asiatic Cheetah- The fastest animal in the world

What is the Asiatic cheetahs habitat?

As mentioned before, the Asiatic Cheetah now only lives in Iran. But do they live just in one area of Iran? Not really. The Asiatic cheetah almost lives in the desert areas around Dasht-e Kavir. Kavir is in the eastern half of Iran and includes some parts of the Semnan, Kerman, Tehran, Khorasan,  Yazd, and Markazi provinces. Most of these rare animals live in five protected areas in Iran: Kavir National Park, Touran National Park, Bafq Protected Area, Dar-e Anjir Wildlife Refuge, and Naybandan Wildlife Reserve. 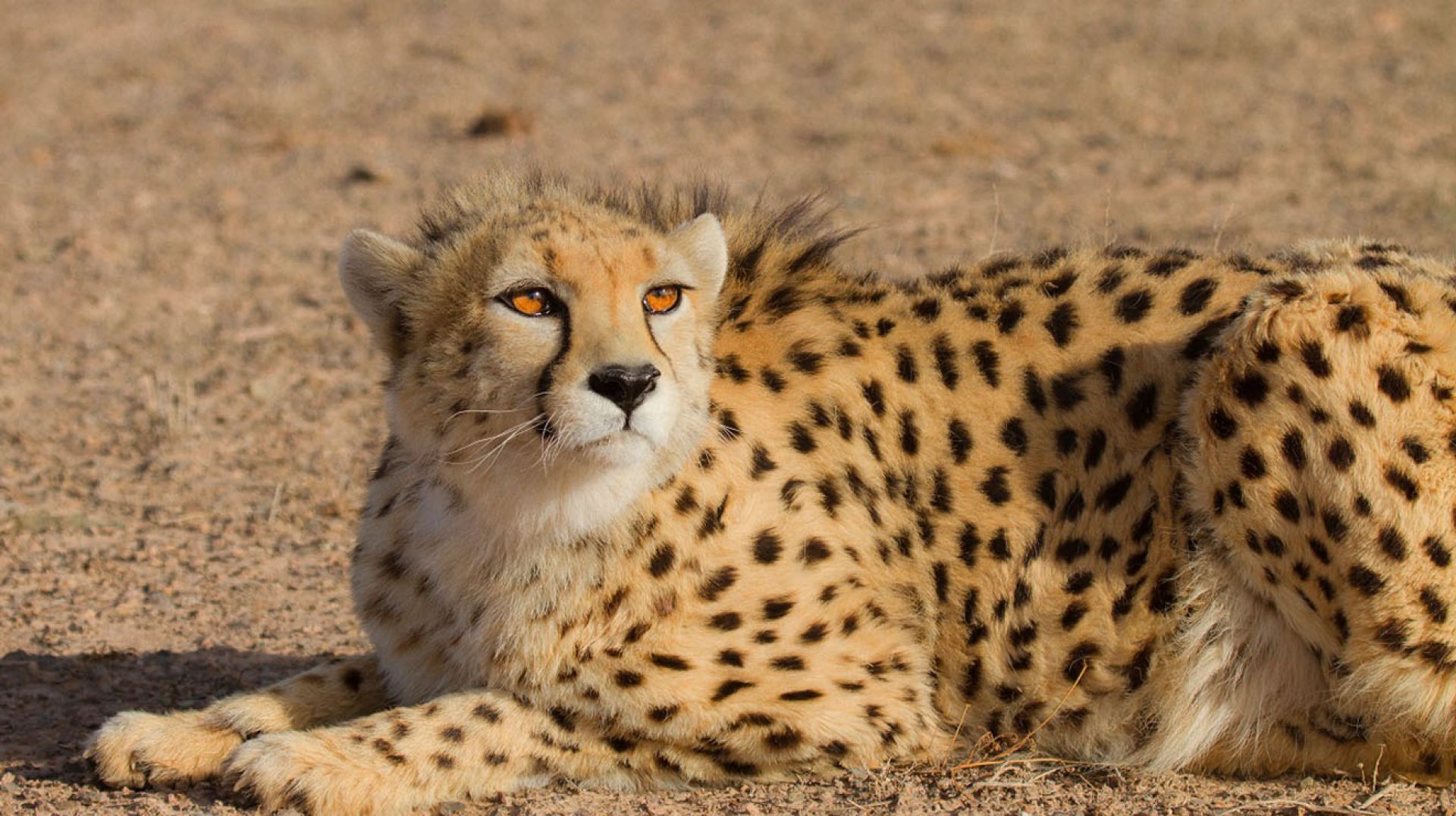 These animals just live in Iran

How many Asiatic cheetahs are left in the world?

The Asiatic Cheetah population was almost 200 individuals in Iran. But the bad news is that fewer than 40 Asiatic cheetahs are left in the world, i.e. in Iran. But as mentioned before, they do not live all together, as they live in 7 provinces of Iran. This statistics is provided by the Iranian Cheetah Society (ICS). This society has made ID cards for the Asiatic Cheetahs in Iran. This way the researchers can monitor them more effectively.

You may ask yourself how these statistics and data are collected. Actually, researchers use camera traps to collect data on the behavior and number of Asiatic cheetah in different parts of Iran. These camera traps are so sensitive to the movements that as soon as these animals appear, the camera takes photos or videos of them. 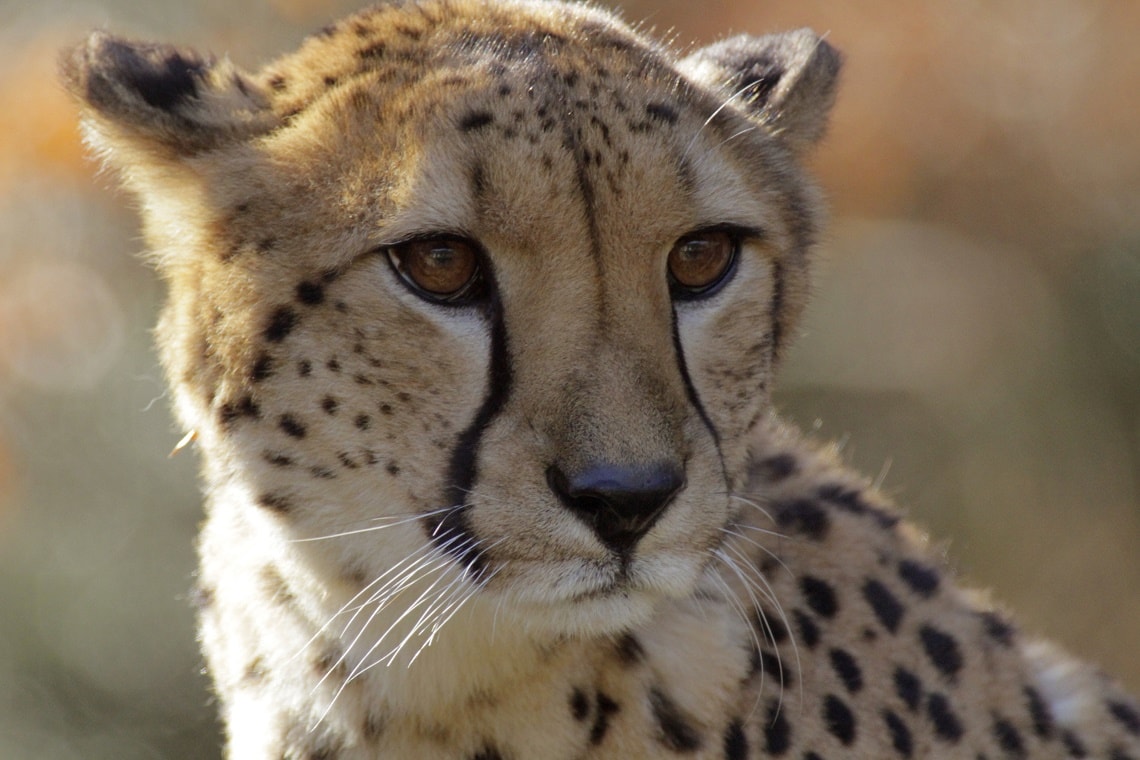 under 50 Asiatic Cheetahs are left in the world

Can I watch an Asiatic Cheetah in Iran?

Actually to enter these protected areas, you must have a legal permission from Iran Department of Environment and also a forester or an expert should accompany you in these areas. So it is not that easy to watch a cheetah closely and the chance is not that high. But there are enough signs in their habitats that you can see.

A network of 92 specially trained park wardens was set to cover a total of six million hectares in central and northern Iran to protect the Asiatic Cheetah.

Actually three dangers threaten these rare animals: cars, farmers and having nothing to eat. But after these projects, the main danger was lack of prey. Therefore, a group of protectors built up numbers of gazelles and rabbits for the cheetahs to eat, and this project was largely successful.

Maybe the most awakening movement was putting the image of Asiatic Cheetah on the national football team’s jersey for World Cup and Asian Games. 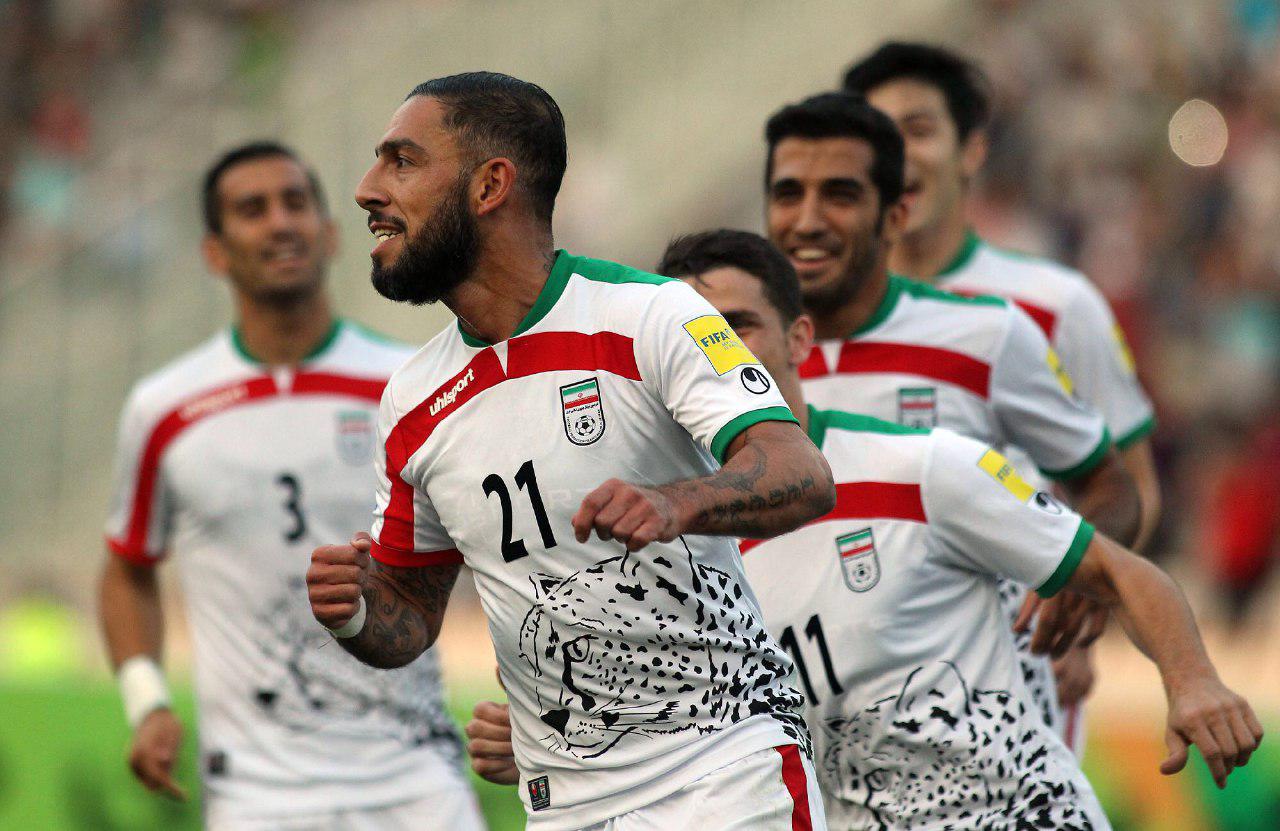 Iran Destination, Iran Travel Agency, tries its best to provide all information that people from around the world need about Iran. so besides our Iran tour packages, we have any information you need about this amazing country. just take a look at our site, and in case you like to visit Iran, choose an Iran tour or customize tour.

If you have any questions, requests, or suggestions, please feel free to ask us. This travel agency in Iran is always ready to help you.