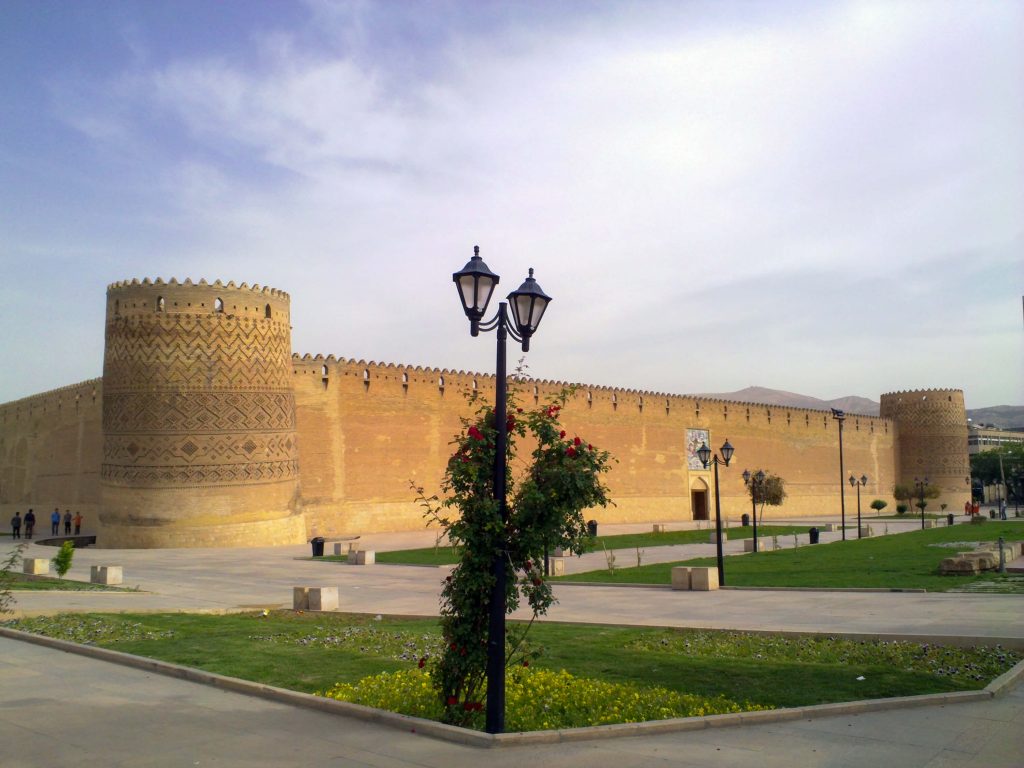 The Karim Khan citadel is located in the north-east of Shiraz that Karim khan family lived there and also it was a prison in an area. In shape it looks a medieval castle and today, it is a museum for visitors and this museum operated by Iran’s Cultural Heritage Organization. The structure of Citadel of Karim Khan includes of four high walls that are connected by four 14 m round brick towers at a 90-degree angle. As this building was the home of Karim khan and the military center, the design of the citadel combines military and residential architecture. It has a traditional Iranian building and the yard in interior part. 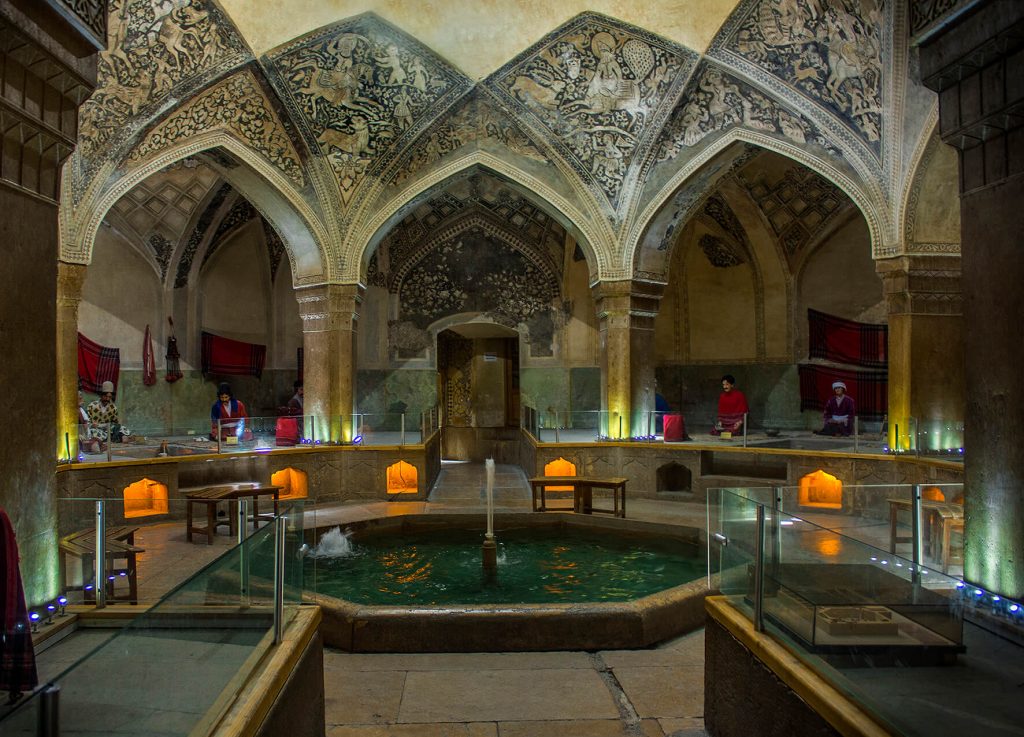 This is a traditional bath in Shiraz Zandiyeh Complex and now it is converted to civility Museum, all the walls of this bath are covered with lime material, because of bath’s humidity. The main roof of bath is full of stories which are returned to the famous Iranian legend, as like as Yousef prophet, Christian girl and Sheykh e Sanaa story and so on. You can observe some cultural show people from past occupations which everyone tells the story about his era. 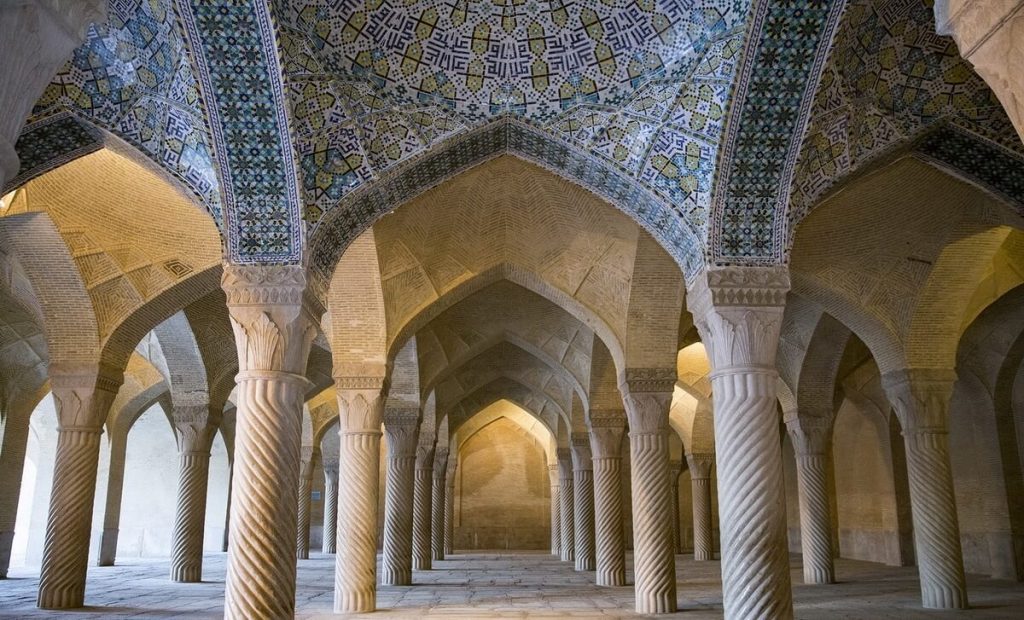 Vakil mosque in Shiraz Zandiyeh Complex is a place of worship with extraordinarily beautiful in design and forms that show the art of Iranian. The iwans and court are decorated with seven colors tiles which are a Shirazi handicraft. With the scene of these tiles you can take beautiful photos there and enjoy your time. There is a famous marble pulpit which it is made in one level and it is uniform. 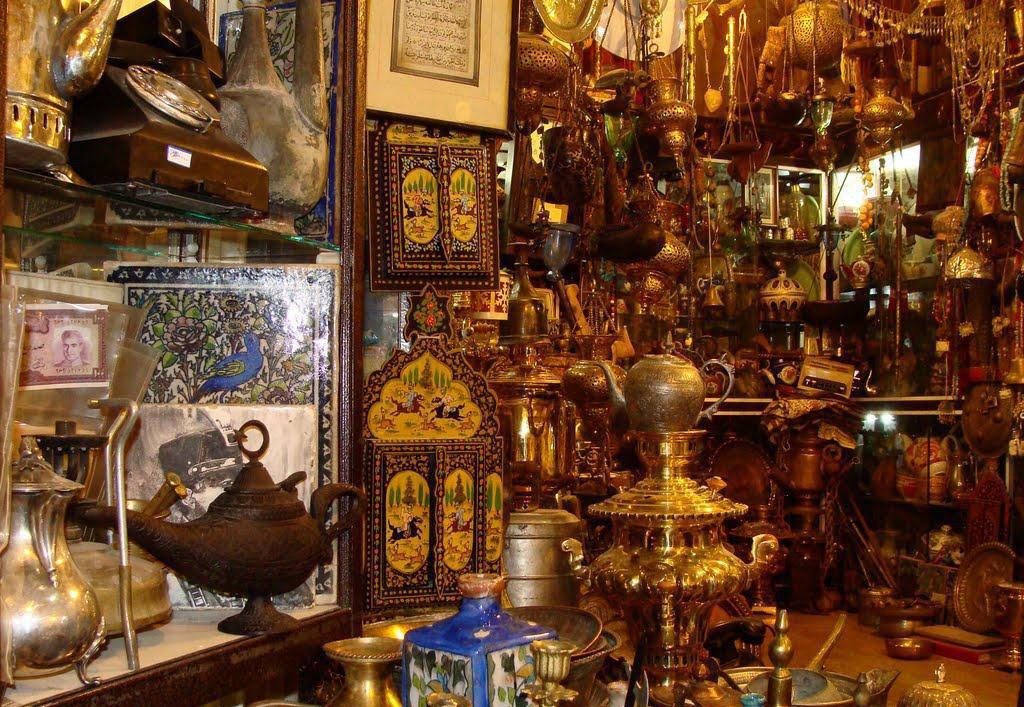 Vakil bazaar was the main store center of Shiraz in the past and today it has become preferable place shopping everything as Copper dishes, local dresses, and kinds of spices, rugs, and antiques silvers and so on. It is a traditional bazaar and old environment. A Saraye Moshir is located in the hearth of this bazaar with the famous shops and unique silvers and handicrafts. In the bazaar you can find a tea house with the interesting and traditional design.

The Zandiyeh dynasty goes back to Karim Khan Zand who was ruled southern and central Iran in the 18th century. By 1760, Karim Khan the powerfull king which is famous to king of people, had defeated all his rivals and controlled all of Iran except Khorasan, in the northeast. Karim khan had some foreign campaigns against Azad Khan in Azerbaijan and against the Ottomans in Mesopotamia brought Azerbaijan and the province of Basra into his control, and he never stopped his campaigns against his enemy, the chief of the Ghovanloo Qajars, Mohammad Hassan Khan Qajar. The latter was finally defeated by Karim Khan and his sons, Agha Mohammad Khan and Hossein Quoli Khan, were brought to Shiraz as hostages. The Zand period was a period of peace and economic growth, also the art of this area is really rich.