The World Registered City in UNESCO

Iran Destination is a well-operated tour operator in Iran which makes your travel to Iran easy. Also, We suggest you to have a look on our  Iran Tourism Packages.  Our Iran Travel Agency is ready to help you to travel to Iran. Following, read about Yazd City, The World Registered City in UNESCO.

The Jame Mosque of Yazd has the tallest minarets in Iran and is visible from different parts of the city. This mosque is one of the most valuable places in Yazd. Moreover, It registered in the list of national monuments of Iran. In addition, The Jame Mosque of Yazd has a high porch, two nave, two warm houses, a dome, two stands and a large rectangular Apron. The great Jame Mosque of Yazd, which has six entrances, is full of delicate works of art that you should not overlook when visiting this attraction. 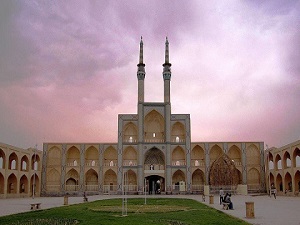 Amirchakhmak complex is a vast heritage of timurian architecture, located in the old texture of the city of Yazd. Amir chakhmagh is one of the most famous places in Yazd, which is first part of its reliance and then the entire collection  registered in the list of national monuments of Iran.

Amir chakhmak Square includes Reliance, Bazaar, abanbar and mosque, each of which is spectacular and remarkable in its kind. The work created by Amir Jalaluddin chakhmagh currently has many fans among tourists.

Dolatabad garden, the best places to visit in the spring of Yazd City

The garden of Dolatabad Yazd is at its heart the highest Windward in the world. This garden, which is an excellent example of Iranian Gardens, is located in the central part of the city and is one of the most spectacular places in Yazd, which you should not ignore. The garden of Dolatabad includes the lander Mansion, the vestibule and Windward building, Paradise mansion and the mirror Hall, Tehrani mansion, abanbar and Nasser garden. The garden of Dolatabad built during afsharian era and then completed in the zandieh period to be a place today for the sound of birds and comforts of the human soul.

The verhram fire temple keeps a 1500-year-old flame in its heart. This fire temple is one of the most spectacular places in Yazd, which has its own customs. Women and men should eventually present cleanliness and with a white hat and scarf in the fire temple of verhram. The architecture of the building is inspired by the details of Zoroastrian architecture and culture. Also, The role of a large forehead installed at the entrance to the verhram fire temple, reflecting in the water of the opposite pond, has given this environment a special magnificence.

Above all, The building built in 1313 with the help of the Indian Corp Association. Also, The evergreen cedar and pine trees that are located around the main building and the high columns of the fire temple of verhram is another spectacular place in Yazd.

Yazd Sabat can be considered the kindness of desert architecture, which has many examples in Yazd landscapes. The philosophy of creating these sabaat that were built on the alleys is to shelter the thermoplastic leaders to breathe for a moment under the cool shadows of this cover. Also, Yazd Sabat also in zamharir desert winters create a thermal conditioning under your fence. 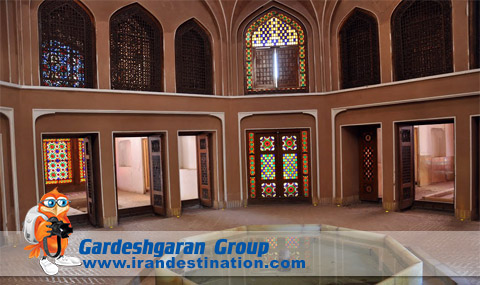 Sabat, place of birth of empathy

Sabat is one of the most spectacular places in Yazd, which caused some kind of intimacy and closeness among residents of alleys and neighborhoods. Also, Other special features sabat Yazd is in the door deadlock doors under this sabat embedding was up to the security of the inhabitants of the alley supply is to strap them on, they say.

The mirror and lighting Museum of Yazd is one of the most spectacular places in Yazd, which deals with the history of light and illumination in Iran. The museum is the only specialized center in Iran that addresses this issue and  located in the House of sarrafzadeh. Also, In Yazd mirror and lighting museum, you can see all kinds of carpets, candlesticks, oil and electrical objects. Also, Objects made of pottery, glass, brass, copper and bronze, which are ravens of centenary history of lighting.

Also, they put them in these towers after death to feed the birds.  And, then whatever remains of their bones deposited in the space between the empty towers called the Masters to return to nature. Further, Khamoushan Tower of Yazd is located 15 km southeast of the city on high mountains.

Ashkazar Water Mill, the most spectacular place in Yazd City

Ashkar Blue Mill, roaring in the heart of the desert Yazd City

Above all, Another feature of this mill is that its activity is located on the water. And, the creation of such a mill in the desert area, it is a surprise. This valuable work registered in the list of national monuments of Iran.

Consequently, One of the most attractive places that can be seen in historical and traditional cities is the old bathrooms. They used today with different uses.