Yalda Night is the last night of autumn Also, for nearly a few thousand years, the darkest and longest night of the year celebrated by Iranians .Also, various rituals and customs spent together on this memorable night, a beautiful night that has customs in different cities of Iran.

Moreover, Yalda celebration held today by Iranians with the sorcering of relatives and families together. So, that family members gather on this important night and the elderly of the family begins to tell ancient stories.

Also, they are eating watermelon, nuts and pomegranate and sweets and fruits are the symbolic aspects of this dear night. Besides, most of these fruits have many seeds and are somehow a contagious magic. Moreover, by appealing to their blessing, humans also increase fertility and imagine watermelon and pomegranate as representation of the sun at night because of their redness. 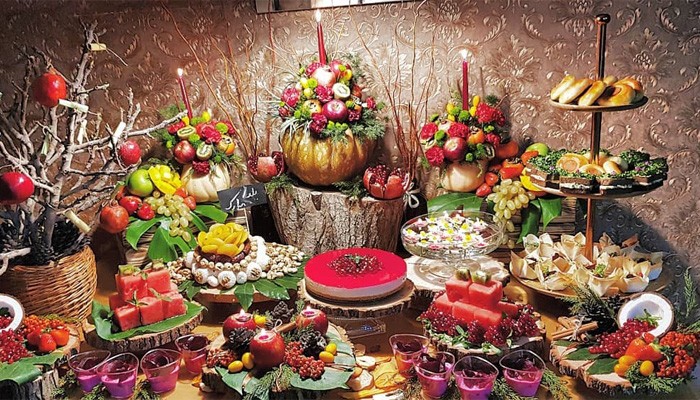 One of the most important nights in ancient Persia is Yalda Night. Besides, it has long been of interest to Iranians, celebrations. Also, nights held by people all over the country is a long tradition that to date has not only not been short of its value, but has found a very special place in the sight of Iranians.

In addition, the customs of our country on Yalda Night are different than other countries. So, today we are going to tell you everything related to this dear. Also, special night in the culture and art section of the salty for you dear users.

Moreover, Yalda Night is the longest night of the year, which related to the time between sunsets from December 21, the last day of autumn to sunrise, the first day of winter. Besides, coinciding with the winter solstice in the northern hemisphere, which is why the night length is shorter and the length of the day increases.

Yalda derived from a Terminian word that is meaningful to birth and birth. Also, Syriah a common Christian language derived from research in historical books of dictionaries. Besides, the great scientist and calendarologist Abu Rayhan Bir bir biri named Milad Akbar from the night of Yalda and considers it the birth of the sun.

Moreover, the word Yalda is not clear exactly how or when entered The Persian language. Also, such a history has emerged that early Christians who lived in Rome suffering great hardships. Besides, some of them decided to immigrate to Iran. In addition, the closeness of cultures, the Term “Syria” is found in Persian.

A Review of Yalda Night

As you know, Yalda’s history dates back to many times. Also, it is not clear when the exact date belongs, many archaeologists have suggested seven thousand years ago for the date of Yalda Night. Besides, Crockery has invoked in prehistoric times because animal motifs of Iranian months. In addition, such as scorpions and rams have hacked into these containers. Furthermore, of course not to mention the motifs of archaeological discoveries and inscriptions are rare. So, archaeologists believe that until 7000 years ago, the ritual of Yalda Night can observe.

In addition, what recognized as Yalda Night dates back to 500 BC. Also, the date of its entering into the official calendar of ancient Iranians dates back to the time of Darius I. Besides, a calendar that includes Egyptian and Babylonian calendars. 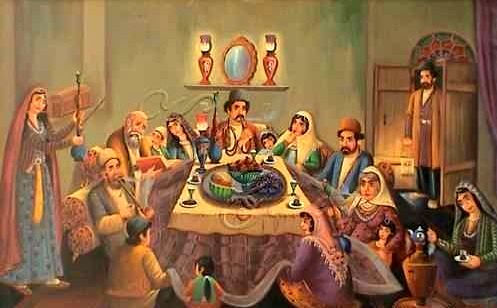 We knew that the last night of autumn, has gained a special place among Iranians under the name of Yalda Night. Also, the People of Iran will spend this long night together until dawn with a variety of fun programs. So, that the darkness, coldness and sorrow of the sun’s absence will not weaken their souls and rest with a clear sky.

In addition, on the first day of January, Iranian kings laid down the throne and went to the desert in a white dress and sat on the white carpet. Also, the guards and concierges of the King’s Palace and all servants and slaves released in the city and lived like others. Besides, all the bosses, kings and ordinary people were equally and in the same position. Furthermore, Of course, it not say that the authenticity of this statement has not proven that it may be just a myth.

One of the most common and famous rituals of Yalda night is the fire of lighting, storytelling of elders and elders, eating snacks and spitting on Hafiz.

Since the fire of light was a symbol of light and sun in the view of the past. Also, some knew it to remove the darkness and inseattenity of Satan. Besides, they lit a fire to escape the darkness and the powers of satan to create a warm coven together. 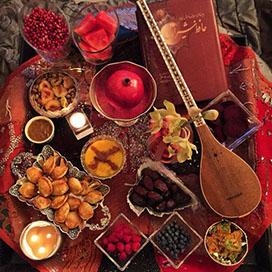 The Longest night of the year

On the night of Yalda, families gather together and listen to poetry readings and stories of older and older people. Also, depending on the culture of each city or province, stories about themselves told. Furthermore, for example, the story of Hossein Shahd Shabestari is common among Azerbaijanis and shahnameh stories among Khorasanis.

Shahnameh Khani and Fal Hafez in Yalda nights is another hobby of Iranians. Also, it has long been common if it intended to spit on the keeper of the target audience. Besides, the great assembly that is going to be with him wants to repeat this sentence with him.

In addition, then the divan opened and the sonnet recited above the right because the answer is Tafal. So, if they encounter the middle of the sonnet. Besides, the horoscope should be read from the beginning of the sonnet.

Moreover, Shahnameh Khani is one of the most inseparable programs of Yalda night, which has long been common.Also, shahnamehs if recited by naqqali style, its attractiveness will be 100 times more. Also, there’s a big chance you’ll have that person in your family. 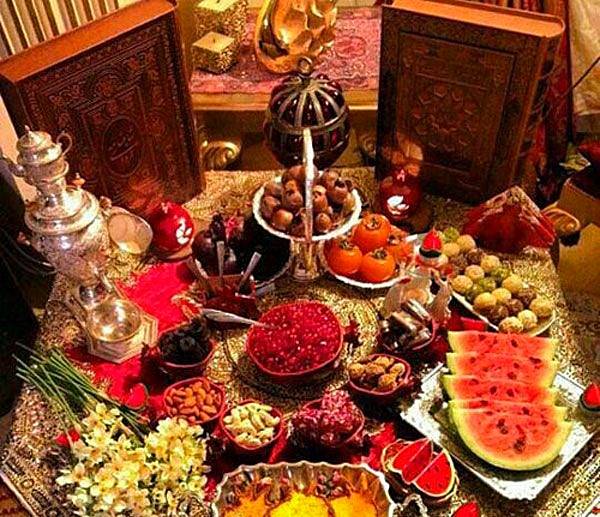 The table of Yalda Night with a variety of foods and snacks is one of the rituals of this evening. Also, it includes special nuts and fruits such as pomegranate and watermelon and other snacks inside it. Besides, other components include perfumes, firefighters, eats and arrives.

The main fruit of Yalda night is pomegranate because the ancients considered it a blessing and fertility. Also, this interpretation raised because of its many seeds. Besides, the red color that it has is the symbol of sun and happiness. Furthermore, the holiness of pomegranate fruit has proven for everyone since a very old age. So, even had a special place among the world’s major religions because it mentioned in myths and mythology.

In addition, watermelon, like pomegranate, is one of the most special fruits of Yalda night. Also, other fruits and citrus fruits such as oranges, apples, persimmons, pears or even pumpkins and lebow can be used.

Nuts and special snacks such as pistachio nuts, almonds, walnuts, hazelnuts and berries and dried figs are one of the more important options than dinner at Yalda night. Besides, other than the above mentioned in the above text, wheat, watermelon seeds, roasted chickpeas and cannabis can also be consumed on Yalda night. Also, It is interesting to know that today other foods and snacks such as cotton candy or basslogh used in Yalda night table.