Just take a look at our Isfahan tour  or Iran Tour and then travel to Iran with peace of mind. Our Iran travel agent tries its best to make an unforgettable Iran travel for you. 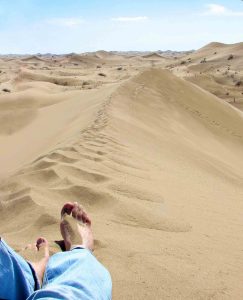 Varzaneh Desert in Isfahan : Varzaneh Desert is known to the zone of the western margin of the Gavkhoni wetland, which covers an area of over 17,000 hectares of windy sands in Iran. Hills are one hundred meters high and approximately thirty kilometers wide and stretches from the Gavkhoni wetland to the city of Varzaneh, with an approximate length of 60 Kilometers up to the south of Gavkhoni Lake and the village of Jara. 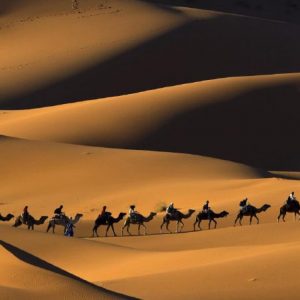 A popular Desert in Iran and whole world

This great area with its sand hills became popular among the desert lovers from all around the world; in this amazing desert, travellers will face with many natural phenomena, including the forest of the Haloxylon Trees and Tamarix,

the river and saltwater. 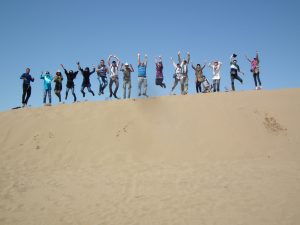 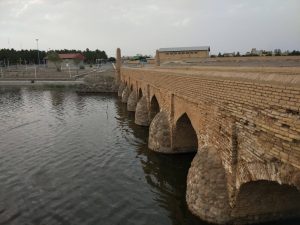 This unique phenomenon of Gavkhoni Lake is known as the Varzaneh Desert or Khara Desert. From its sandy hills, as far as the Gavkhoni wetland is stretched, there is certainly being more vegetation due to increased humidity and high levels of water. Even at a specific point there is the forest of Haloxylon trees, but in the south of Gavkhoni wetland and in the proximity of the Khara village and the salt lake, sand dunes are free from any vegetation due to the influence of salt winds. Varzaneh Desert is one of the most desirable and the nearest desert to one of the most populous cities of Iran, Isfahan. Its distance to the center of Isfahan is 110 km and it takes an hour and thirty minutes for travel lovers to go to the desert. 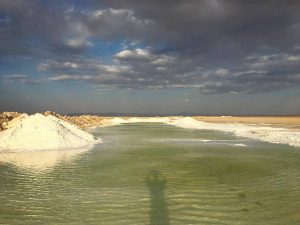 The closest city to this area is Varzaneh and its distance to the sand dunes is less than 10 km. Desert visitors can see animals such as Jackal, Fox, Kangaroo Rats in Varzaneh Desert and Scorpion or Rattle is visible in a large vegetation area if we have flashlights. But in spite of the fact that a significant number of the tourists have spent the night there, but no one has ever reported the bite. The road to the desert is called Varzaneh -Hassan Abad road. 10 km away from the road, we can see the recreational site, Oasis, and Desert. At the beginning of this route, there is camel mills (Asiyab Shotor) cow-turn (Gav Gard) and cow-well (Gav Chah, ox well). The services offered in Varsaneh Desert include camel rides, car rides, and quadricycles, flying with the kite and crossing the top of the Oasis site with Zip Line. The tourist season of the Varzaneh desert begins in mid-October and continues until mid-June, which attracted many visitors from Isfahan, Tehran, Shiraz and other parts of the country during this 9 months and they are guests of this desert. 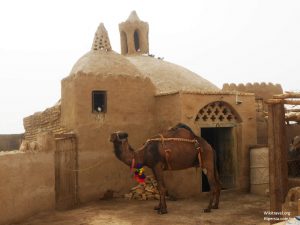