Vakil Bazaar is the main bazaar of Shiraz, Iran, which is located in the historical center of the city. It seems that when Karim Khan Zand to them, to the city of Lar was gone.  And see the market, Kayseri city Laar decided a market similar to it, in Shiraz, according the local to the accumulation of business and Economic Affairs, the people of the city make. According to historical writings, Shiraz Vakil Bazaar By Order of Karim Khan Zand in 1172 Ah begins.  And after 21 years in 1193 ah the last stages of its construction ends.

With the end of the work, the construction, ground market lawyer to do all the affairs, business, buy and sell goods in foreign and domestic issue. And it receive the remittance, and the affairs of the exchange, conversion, and were the market, the economic center of the capital, the time in Iran. Also, By placing the Vakil Bazaar next to the bathroom and the mosque, a good complex is provided for visiting tourists.

Vakil Bazaar to recipe Karim Khan Zand was made, that’s how the idea of making this market to mind, he reached to travel Karim Khan to the city of Lar, returns, etc. he was there with seeing the market Kayseri Laar decides that the market like it is in Shiraz right, the shopkeepers in the local specified gather and law. The construction of the market began in 1172 ah and ended in 1193, after the end of the construction of this market, this place became the economic center of Shiraz.

This market is next to the bathroom, and the attorney are located, Set, Tourism, faceted to there that the tourists a lot in a trip to the city of the three attractions, historical era Zand see you. If for shopping to the market, the lawyer go much more from all your attention to attract different types of carpets and rugs is because in most of the main sectors of the market, carpet and fabric can be sold. If you are interested in, who travel to Shiraz from crafts and traditional, this city souvenirs preparation can get to Saray there in the Vakil Bazaar, go in this section, crafts, beauty, do you see that architecture is an attractive market in this part to the beauty of it is added. 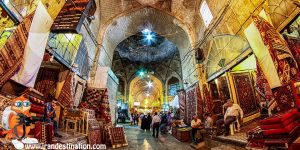 The bazaar is located in the central part of Shiraz and on the eastern side of the municipal square. Over the years since the establishment of this place, the Vakil Bazaar continues to maintain its economic efficiency. And it still exploited. The Vakil Bazaar building is made of gypsum and brick and lime. And columns of shaved Stone have made it one of the strongest buildings built in its covenant.

Ceiling Chahr sough market ahead of the elevation of about 11 km that now because the floor of the market, its height 10 km has decreased, and from the roof of the four market radiating it. Before this, under the roof of The Chahr sough market dock, an alabaster large.  And have its water from a waterway supply it.  Now dock an alabaster because of the rising levels of market gone, but the world’s still there. 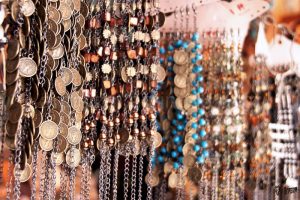 Shiraz lawyer market is now the place to sell various Iranian and imported goods. The most prominent goods that sold in the carpets, hand-woven and machine-woven Iranian, fabric and traditional jewelry. In fact, most of the main market segments today are at the disposal of carpet vendors and fabricators. Drapery he’s also one of the parts of the market that should not be visiting it again.  In addition, to architecture, this segment of the market that you will fascinate. You can a variety of crafts and jewelries, traditional, or with fine quality of this market segment. 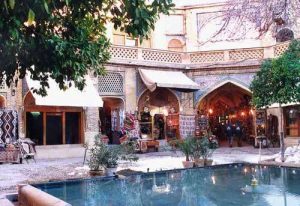 Due to the exposure of the Vakil market in the city center. And near the high traffic routes, access to the Vakil market is very easy. Unfortunately Arg of Karim Khan in the field of municipal station does not.  But you can use your metro to the field Namazi drive, and from there using the bus to the field Municipal to go and after a little, walking to the mall entrance drive. The bus route takes place from the prayer field to the municipal square on the bus line and for this reason you are less pronounced in traffic. If you are in a place where you do not have access to the subway, buses are moving to the municipal square of Shiraz, which you can use to get to the municipal square.

In the event that the use of the personal car, intending to go to the market.  The attorney should have a note that the path leading to the market from the side of the square.  Also, the municipality walking path and you should be arriving to the field, the municipality entered the street.  The victory sure and after the distance low imported street culture figure to the right.  You are, at the end of the street culture. And at the intersection of Taleghani Street to turn left after the  50 km market on the right side you are located. A lot of parking considered around the market for car parking.

Above all, Vakil Bazaar continues on the north side of Karim Khan-e Zand Blvd.