Teppe Hasanlu is an archaeological site of an ancient city located in northwest Iran. The site was inhabited continuously from the 6th millennium BC to the 3rd century AD and was excavated for ten seasons between 1956 and 1974. Hasanlu was destroyed by a fire at some point, as evidence of this conflagration was discovered on the High and Low Mound during the excavation works. 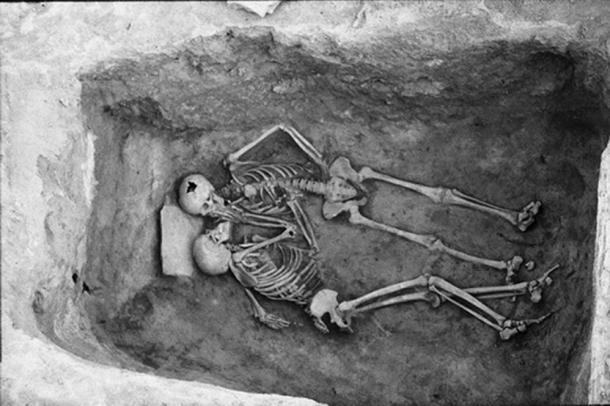 However, the destruction took place back in 800 BC and it marked the beginning of the Iron IVA period. The nature of this devastation had the consequence of freezing one layer of the city in time, providing researchers with incredibly well-preserved constructions, artifacts, and skeletal remains.  Two of the skeletal remains include the legendary “Hasanlu Lovers.”

The human remains of the “Hasanlu Lovers” were found in a bin with no objects. The only feature found is a stone slab under the head of the skeleton on the left hand side.  The infamous picture of the Hasanlu Lovers shows two skeletons buried in ground, appearing to kiss each other, an evidence from ancient Iran lovers. 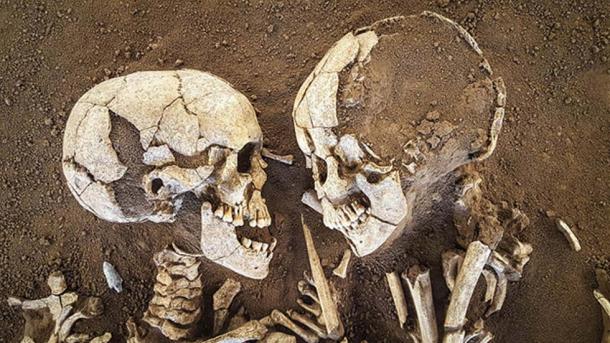 he two skeletons are close together facing each other, while the “female” skeleton on the left reaching out its right hand to touch the face of her lover on the right. Interestingly, they both have their arms around each other and have clear signs of severe injury and trauma on their bodies sustained around the time of their death. Experts believe that they died together by asphyxiation during the destruction of the Teppe Hasanlu citadel.

Even though researchers have not yet been able to determine the causes of death for the Lovers of Valdaro, there are many more puzzles and questions concerning them about the Hasanlu Lovers. Other than the already mentioned gender dispute, historians are not sure why the two came to be in the bin, even though they speculate that they were probably hiding during the final sacking of Hasanlu. Ancient Iran 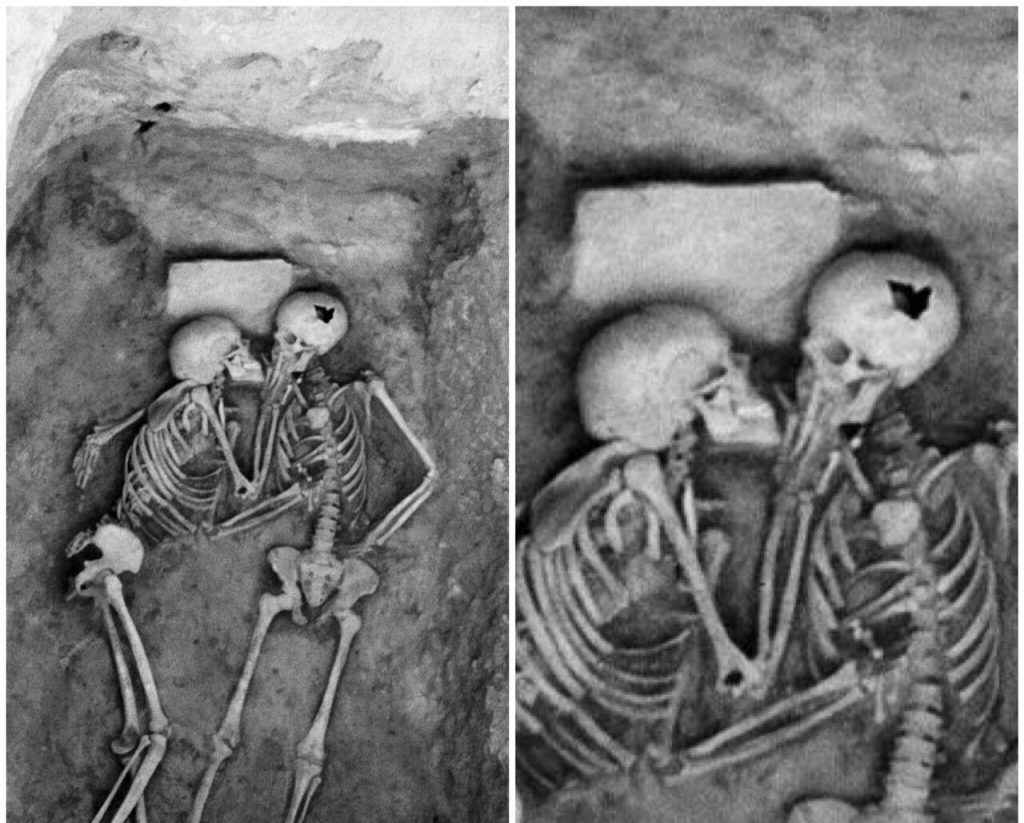 The story of two lovers from ancient Iran

Historians suggest that the famous couple, as well as other people at the site, were most likely victims of a vicious and interpersonal violence. However, all these theories are just theories for now and until enough evidence is discovered, the Hasanlu human remains will continue to be a subject of debate and research.

Iran Destination offers a variety of Iran Tours to help you to experience the site. By contact to our experienced and skilled tour operators, we’d help you to visit the most amazing highlights of Iran. Don’t hesitate to contact us!