Tourism in Iran –  tourism is generally considered as recreational travel. In recent years, however, tourism has included any travel that takes a person out of their work or living environment. A person who travels is called a tourist, a tourist, or a tourist. The word tourist originated when middle-class people began to travel. This has been possible since people became more financially viable and lived longer.

Most tourists are more interested in the climate, culture or nature of their destination than anything else. The rich have always traveled to distant lands, not by chance, but ultimately for a specific purpose. For example, to see famous buildings and works of art, to learn new languages ​​and to taste different foods. Organized tourism is a very important industry all over the world today.

Tourism in Iran is a set of tourism facilities such as historical monuments, recreational places, nature, transportation, hotel management, etc.

Tourism in Iran as an industry has a very high potential for growth and development. According to the World Tourism Organization, tourism in Iran ranks tenth among ancient and historical attractions and fifth among natural attractions in the world and is one of the safest countries in the region. And the world is safe for foreign tourists. In 2008, about 2 million foreign tourists visited Iran, while this year 842 million tourists traveled around the world.

According to experts, the tourism industry in Iran has not had the development it deserves. One of the reasons for the lack of prosperity in the tourism industry in Iran is the unpreparedness of suitable economic bases to attract investment in the construction of hotels and other ancillary industries in this area. Another reason for the lack of prosperity in tourism in Iran Poor publicity as well as the spread of false and negative news from Iran, social and religious restrictions on foreign tourists, as well as political tensions with some Western countries are other obstacles to the growth of Iran’s tourism industry.

Comparing Iran’s tourism with some countries, Iran has not been able to leave a successful record in this field. In 2007 alone, for example, about 15 million foreign tourists visited Dubai in the UAE south of the Persian Gulf. Iran, on the other hand, accounted for less than one-fifteenth of Dubai’s tourists in the same year. It accounts for less than one percent of global tourism revenue. 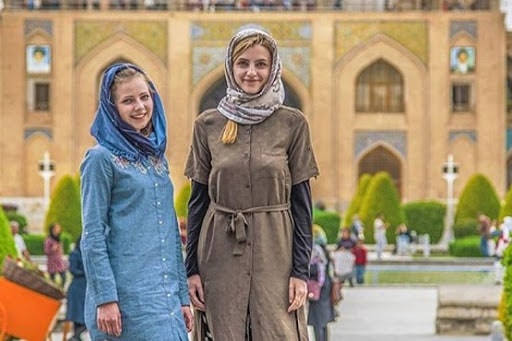 Tourism in Iran – Tourism industry in contrast to other economic sectors from a set of service providers including travel and tourism services offices, air transport, rail, road and sea agents, hotels, inns and guesthouses, operators of tourist attractions, restaurants, restaurants Handicrafts, souvenir items, clothing, shoes, leather goods and other items are of interest to tourists.

The diversity of activities related to the tourism industry has caused the prosperity of this sector to create high economic effects for the country’s economy compared to other economic sectors. In addition, these studies have shown that the development of this industry. It has an effective role in reducing unemployment as well as improving the distribution of income and increasing government revenues. This issue, especially since unemployment is the main economic problem in our country. It needs to  considere more and more seriously by policymakers and planners.

Is the tourism industry booming in Iran?

Although Iran is an interesting and spectacular country, but due to the negative propaganda, over the years, very bad and negative mentalities towards tourism in Iran have been formed in the world. Last spring, a video called Don’t Go To Iran went viral for the first time

Contrary to what tourists were told about traveling to Iran, do not travel to Iran in the most beautiful and unpretentious way. A French filmmaker named Benjamin Martinie. He himself traveled to Iran, believes that the video was repeatedly viewed on YouTube and Vimo.  And that it neutralized negative propaganda against Iran.

“I would like to say that the information of the people of the world about Iran is insufficient.  And what you hear in the news about Iran abroad is not true,” Martin, who specializes in tourism videography, told Al Jazeera. Iran is undergoing a fundamental change and has a lot of tourism potential. “The hospitality of the people of this land, the rich culture and the many sights in this country, increase the number of tourists for this country.”

He believes that the tourism industry is developing these days. It takes place especially after the 1979 revolution and the Iran-Iraq war in 1979.

According to the statistics of the World Tourism Organization, after the presidential election in Iran in 1392, the number of tourists traveling to this country, especially after the nuclear exchanges with the world’s top powers and the lifting of sanctions, has increased significantly.

Last year, 5.2 million tourists came to Iran, spending an average of $ 1,700 during their stay in Iran, which brought in more than $ 8 billion for the Iranian economy.

Iran has 19 cultural sites registered in the UNESCO list, which has the highest number among Middle Eastern countries. With a 2,500-year-old history of the ruins of Persepolis (Persepolis), the historic markets in cities such as Tehran and Tabriz, this country provides many options for every visitor.

In an interview with Al Jazeera, Leo Wong, one of the tourists who traveled to Iran. They said that there were not enough places for tourists to stay in Iran. He is from England and visited cities like Shiraz with his wife.

Leo’s wife, Sara, says her relatives worried about her trip to Iran. And that rumors such as terrorist attacks had worried them. Sara says her family’s worries are unfounded and that none of the fears and worries about Iran abroad are real.