In Tonekabon, having several springs, warm water, minerals, waterfalls, the skunk, the National Park dry financiers and attractions, spectacular and astounding nature, embraces both domestic and foreign tourists in the margins of the Caspian Sea. Also, natural parks a lot, such as a conservation area Velez the mountains, the forests, the famous Two Thousand and three thousand and Daryasar land of the attractions of this beautiful city to be included.

In Tonekabon with the landscape is beautiful cute and lovely. And There are the scenery and landscape inimitable and indescribable in such a way that the set of rivers, waterfalls, fountains, and greenery are astounding in their place is the choice destination today we are in the north of the country and the province, always live and video Mazandaran.

Tonekabon or Shahsavar is one of the beautiful cities of Mazandaran Province in northern Iran. Most Iranians recognize it as a land of lush and beautiful nature.

Tonekabon is restricted from the north to the Mazandaran sea, from the east to the Chalous sea, from the south to the Jebal Alborz dynasty and from the west to the city of Ramsar. The city has sultry summers and cold winters in terms of climate. The temperature of the city in cool most of the time the summer to 21 the air. And in the hottest time in the summer to 32 centigrade looks, including the welcome weather cities of Mazandaran Province, Iran can be considered.

This city is one of the ancient cities of the country, during the Achaemenid rule, ethnic settlement called “amard”has been. Tonekabon, is the fourth largest city in Mazandaran Province. It is located 24 km from Ramsar city and 60 km from Chalous city. The city of Tonekabon, apart from its lush and dreamy forests because of Kiwi Gardens, oranges, tea is also a special and general language. The largest Center for the cultivation of a variety of colorful and ornamental flowers and plants is also located in the city. Tonekabon, on the other hand, has the pole of fish farming in Iran and the first place in Citrus in the whole country. The population of the city of tonekabon is about 200 thousand people. And in the city of Tonekabon or Shahsavar, about 60 thousand people live.

In the access route to the villages of woodland Sefidab And Koohsar that of the functions of Nashtaroud in Tonekabon are considered, etc, road movies, and khaki that has prospects of exceptionally beautiful and Lovely is, there is that, if you decide the road you pass must be within the river let. At the intersection of the road and the river, Koohsar waterfalls  seen in seasons full of water is very magnificent and spectacular.

This waterfall is in the south west of the city of Tonekabon is located. You have to embrace nature calls, especially the beautiful scenery Daryasar more. This waterfall is in the path of the river, two thousand and slightly higher than quandary Kelishem, etc. after Helokleh and honey neighborhood is located. Infinitely beautiful and lovely nature has surrounded the area and is full of alder trees, maple and Oak. The fountain stone waterfall, east of the river along the vast forest of the southchal. It is a spectacular collection for people who are eager to see the dreamy region of the seaside.

River Liser and a water fountain cold plus hot water with an average temperature next to forests. And it has Snowy Mountains, the trees, soaring, destination of many tourists and nature are friends. Because of its healing properties and biodiversity, falkadeh mineral spa fountain is an important attraction for tourists.

Blue that falls Tudarak flow has a height of about 7-10 km is the height to a bulge collapses. And water particles suspended in space, the player gets. In the path of Tonekabon to The Shirood must navigate, and the day of the bridge Shirood (to the Ramsar).  And see the tableau  Lashtou that to the South is towards the village Lashtou path to continue on. after a few kilometers to the way you work and the way to the right side of the wrap. Then re-tee else you want to hit that, it should also go to the right and pies in the dirt road. Also, sometimes the heart can also be about 20 km to the waterfall, the distance. This almost an hour to get to the destination, i.e., the waterfall Tudarak reach. 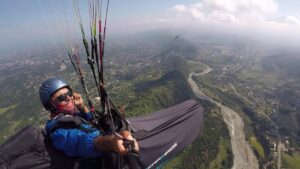 To visit Farhad Javi waterfall, you should take two thousand and three thousand steps on the road. A tarmac road, two thousand and three thousand, that of Tonekabon starts, after the transition from Khorramabad to haul 2 kilometers, the area of the castle neck, you will be aware that the views interesting in the domain of heights short. And forest steppe and the sea of tonekabon is 8 KM from Tonekabon. The side of the road, the tunnel, perverted, and the darkness Castle Tanka. The weather Lamrood is to the expected three thousand psychologically. The fall created that has ten meters in height, which is up 50 km is increasing. This beautiful waterfall has provided a beautiful environment for travelers and tourists.

In kilometers 30 axis Tonekabon to Chalus and contour Nashtar oud. And city of Abbas Abad, National Park, dry financiers at the edge of this road are located in such a way that with just a little sea more than a hundred meters away. This National Park is a protected area, also considered as the only forest steppes and . Also, It is the last surviving ecosystems, forest steppe in the north of Iran. It is 2 million and 600 thousand square meters.

This park has a variety of animal and plant species such as alder and the type of crack. It is extinct in our country. In the park There are, Tonekabon trees such as Triplets evangelical, pomegranate, hornbeam, Oak, lakeli or khorramandi, Laga, melaj, important types of boxwood, forest loggia and wild jasmine. The animal also lived in the ancient wild animals such as jackals, wolves, pigs, wildcat. And There are birds such as Heron, Nagorno, goose, Ducks, Cormorant goose, Agot is large and small. Consequently, A natural historical museum created alongside this spectacular area. It includes a collection of northern Iranian wildlife that many researchers.