Tomb of Esther and Mordechai, Hamedan

Tomb of Esther and Mordechai, Hamedan

Tomb of Esther and Mordechai

The Tomb of Esther and Mordechai is located in Hamadan, Iran, and some believed to house the remains of the biblical Queen Esther and her cousin. Mordechai, it is the most important pilgrimage site for Jews in the country.
There are the bodies of Ester, wife of Xerxes I, and her uncle Mordechai in this Jewish pilgrimage site.

This beautiful and touristy city, among history-loving tourists as well as nature lovers, has many fans and every year many tourists go to Hamedan tour to see the attractions of this region. One of the most famous sights of Hamedan, which we hear a lot of these days, is the tomb of Esther and Mordecai, which is located in the center of Hamadan city, and visiting it is recommended to any adventurous tourist and history of friendship. On this page, we are going to get to know this attraction of Hamedan more together. 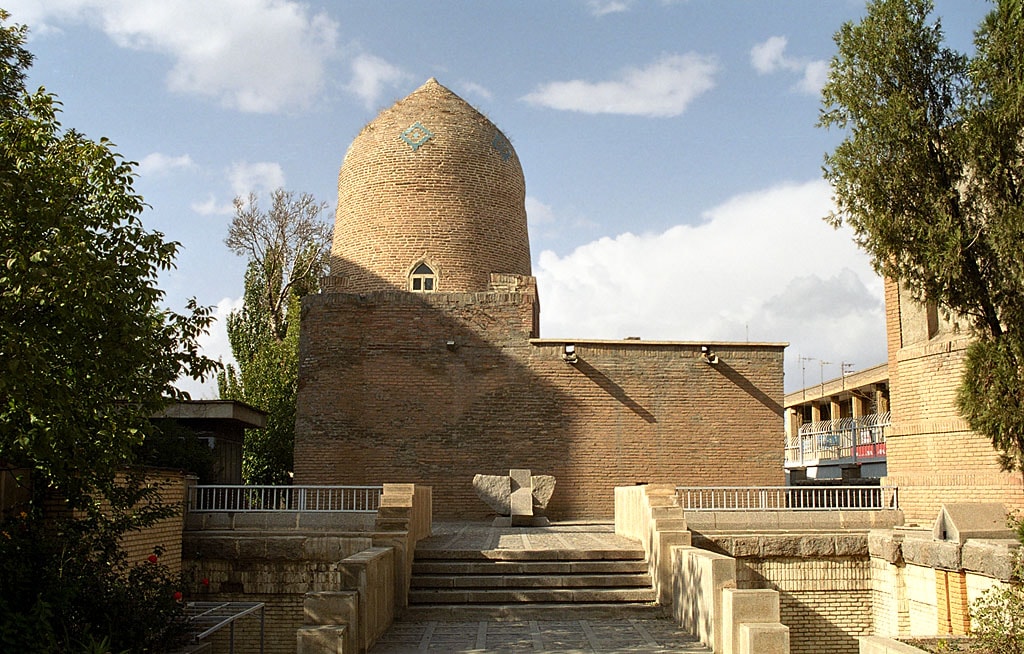 The tomb of Esther and Mordecai is a Jewish monument located in the center of Hamadan, at the beginning of Dr. Shariati Street.

You can join our team, Iran Destination, and get more acquainted with irantour and all of the tourist attractions and all the requirements to travel to Iran. Iran travel agency, Iran Destination, will organize your trip to Iran. You can offer your tailor-made trip to Iran or visit our programs on the Iran tour page. You can contact to our Iranian travel agency, our agents are online to answer all your questions about iran travel. visit Iran is a good choice to get Iran travel services such as hotels in all cities, Shiraz hotel, Tehran hotels and all services about Iran tourism. You can find many Iran Travel Company to arrange your trip to Iran, but Iran Destination as your Iran Travel Agent can make your travel to Iran memorable and be the best Iran Tout Operator.

History of Esther and Mordecai

Besides, Shahin narrates the first source of the Iranian Jewish tradition, the dreams of Esther and Mordecai, and their going to Hamedan, where they died inside mordecai’s synagogue first and then an hour later. 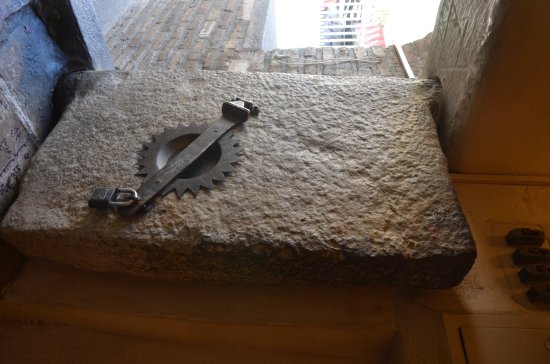 Story of Esther and Mordecai

The “Jewish” religion used tolerance and good conduct by the early Sassanid kings and left behind a few old works, most famously a tomb in Hamadan, commonly called the Grave of Esther, the Jewish Queen of the Achaemenid King.

In Addition, according to a historical story, Khashayar Shah married a Jewish girl named Esther, who was Mordecai’s niece. In addition, in order to understand the importance of this building, as well as the biography of Esther and Mordecai, you must first become familiar with the character of the life of the man and woman who are lying in this monument.

Esther and Mordecai have a high status with the Jews, so that they referred to as saviors and prophets of the Jewish people. Besides, the story of Abi Hayel’s daughter, Esther (Hadse, who seems to mean the star) relates to a girl who born in The Land of Pars in 500 B.C. and lost her parents as a child, which is why she was bred in the sight of her uncle, Mordecai. Also, she was so beautiful that she made her way to the court of Khashayar Shah and at that time she was named queen of Iran.

Moreover, Esther from the Jewish people, and this link became the reason for the Jews’ presence in the court. Besides, Haman was one of the influential courtits who became sensitive to the presence of Jews and ordered the murder of Jews from Khashayar shah. So, with Esther’s help, Mordecai was able to rescind the Shah’s order and prevent the killing of Jews. Mordecai was Esther’s uncle who had taken care of Esther’s parents after her death. On the one hand, it is a pilgrimage and respectable place for the Jewish people, and on the other hand, it is considered a valuable monument.

Thus, Khashayar Shah allowed Jews in every city to gather and defend their lives. After that, Jews commemorate or commemorate the Magilla Scroll in late March and early April (coinciding with 13-15 Adar, in the Jewish calendar) on the anniversary of the Jews’ rescue from the massacre, praying for fasting and reading the Scroll of Magila, or celebrating it as a purim celebration. Also, on the one hand, it is a pilgrimage and respectable monument to the Jewish people, and on the other hand, as a monument, it is worthwhile.

Moreover, the Torah states that Esther and the Dead Killed 77,000 Iranians on April 30-31 because those 77,000 Jews did not like it. Also, for this reason, the people of Iran left their homes on April 2 and headed for the deserts so that they would not be killed. Of course, this claim is not about the origin of the thirteen-to-one celebration in the historical document, and unproven, the only sources that claim this are Jewish stories and myths. 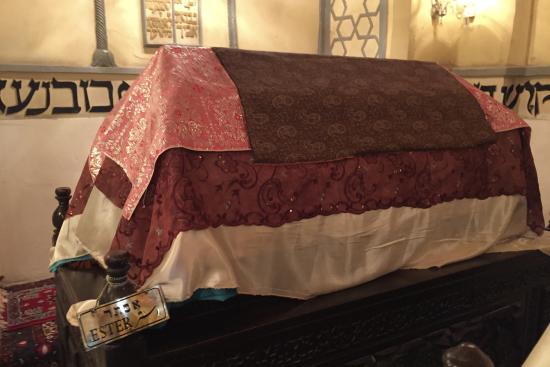 Tomb of Esther and Mordechai

The building materials of this tomb made of stone and brick and made in the style of Islamic monuments. Besides, from the architectural style and appearance of this work, it believed that its current building built in the 7th/10th century on an older building that belonged to the 3rd/10th century.

In addition, different parts of the Esther and Mordecai building include: entrance entrance, atrium, tomb, porch and king. A volume of the torah, which is old and written on the skin of a deer, kept in a cylindrical shield in the Provincial Cultural Heritage Organization.

Moreover, in the middle of the square space of the tombs, two beautiful inlaid boxes located on these graves. At the top of the southern grave, which is attributed to Esther, is an antique and exquisite box, which is older, and the second fund, which is located on Mordecai’s grave, is very similar to the first fund, and was built around 1921 by Professor Mohammad Javad Bayat Tuyserkani, who was one of the leading inlaid workers of his time.

On the top of the tomb wall is also an inscription in Hebrew and prominently plastered. Also, Hebrew lines on the ester box, and prominent stucco, belong to the 8th and 9th centuries AH. Besides, different opinions have given about the identity of the buried monument, but the more famous narrative, which is in those of Greek historians and the Torah narrative about the story of Esther and Mordecai, is as follows.