Few cities in the world rival the antiquity of Athens, where people have lived continuously for thousands of years. Athenians created the first forms of democracy, the plays and philosophy that shaped Western civilisation, and the classical buildings that still dot the Acropolis. 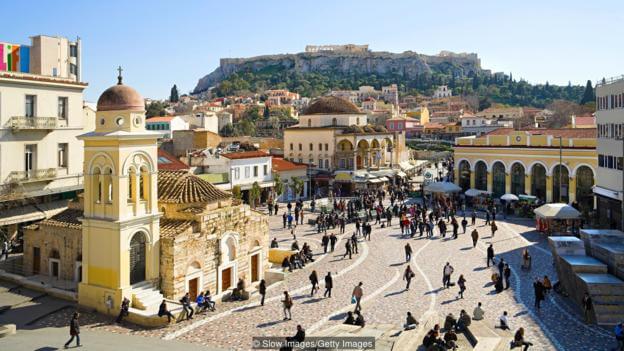 Amid the ancient ruins, another survivor of the centuries is the Greek concept of philoxenia – a term that directly translates as ‘love of strangers’, but which locals define more as a warmth that makes foreigners feel immediately welcomed when they come to the capital city. “The people can be very hospitable and friendly,” agreed Julian Williams, who moved from London in 2009.

Though more than 4.5 million people visit the city every year to delve into its past, Athens has plenty in its present to make it worth staying for the longer term.

Why do people love it?

The always-on atmosphere of Athens attracts Greeks and expats alike. “Athens is a buzzing city,” said Chrissy Manika, an Athens native and blogger at Travel Passionate. “No matter when you go out you will see the cafes and bars filled with people having a good time.” She especially likes wandering the city centre neighbourhood of Plaka, on the north-east side of the Acropolis. “With all the tourists around, it feels like you are on holiday on an island, especially in summer.”

With more than 250 days of sunshine annually, that summer can feel endless. “By my American standards, ‘summer’ in Athens lasts from late April to late October,” said Mina Agnos, who opened the Athens office of luxury tour company Travelive in 2008. The weather makes it especially easy to get away to nearby islands for weekend getaways. Williams recommends Hydra (35 nautical miles to the south), where cars are prohibited and people get around the island by riding donkeys and mules or leisurely walking its idyllic city streets, which mostly lack street signs. Though long popular with celebrities and artists, the island retains its laid-back lifestyle with plentiful cafes and contained crowds, thanks to the limited number of hotels. 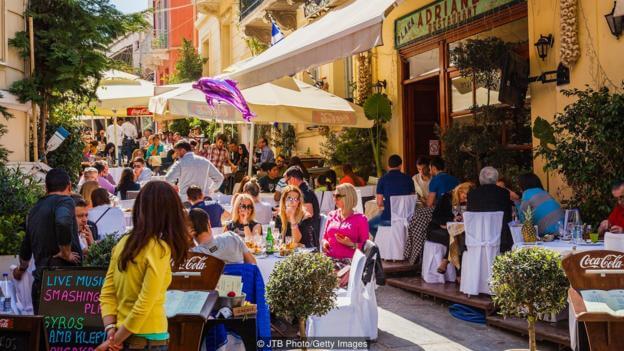 The mountains and forest are also within easy reach. “If you want to break out of the city, you can do so fairly easily and feel like you’re a million miles [away],” Williams said. “One of my regular places to go is Mount Hymettus [5-6km from the city centre], which is ideal if you have a dog, and is also great for biking.”

Despite living in an ancient city, residents never get sick of the views. “Driving into the city and seeing the Acropolis or the Temple of Zeus takes my breath away,” Agnos said. “At every turn, there is a beautiful reminder of the ancient past of this city. It is a lovely reminder of our limited time and that we should make the best of it.”

Among the antiquities, nearby neighbourhoods give a glimpse into the city’s contemporary culture. Just steps from the Acropolis, Koukaki was recently ranked as the city’s newest cool neighbourhood for its new National Museum of Contemporary Art, trendy restaurants and cosy cafes. For a more avant-garde feel, Williams recommends the neighbourhood of Exarcheia, 1km north-east of the city centre. “It has a complex history and culture of student politicisation, anarchism, communism and alternative counter-culture,” he said. 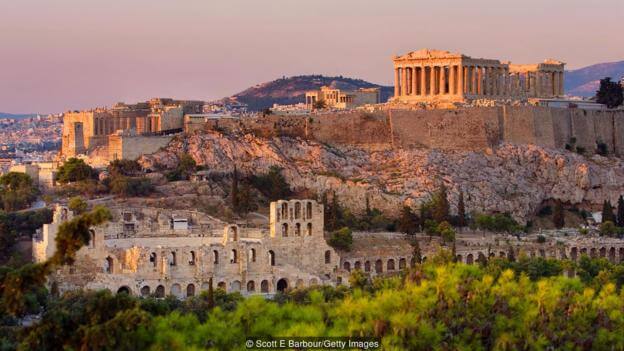 Locals also have their own secrets that tourists often miss while they’re museum-hopping. “Some of the best food is to be had in the local central market in downtown Athens,” said Katilena Alpe, who moved from London nine years ago. “And not many know that Athens has a wine route and the vineyards around the capital produce some great wines.”

What else do I need to know?

As one of the countries hit hardest by the decade’s economic strife, Greece is still a hard place to find a job, and unemployment in Athens remains high. Locals lament the time-consuming and inefficient government bureaucracy, which can cause challenges for newcomers trying to get or start a job.

“Tax paperwork and Greek bureaucracy requires translation so it’s valuable having a friend who can help you navigate the bureaucratic maze to get setup,” Williams said.

And while salaries are lower here in general, Athens has one of Europe’s lowest costs of living, with expenses averaging nearly 50% less than London, according to price compare site Expatistan.com. 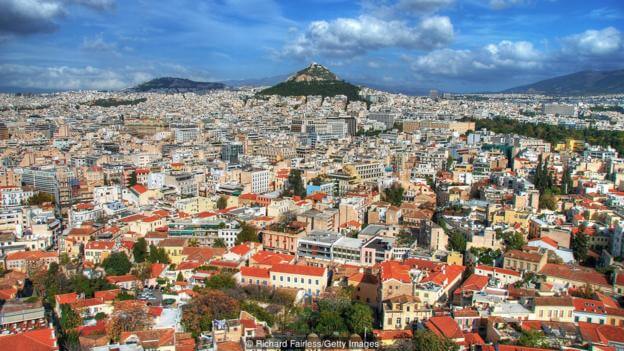 Expats also appreciate that most Athenians speak very good English – though attempting a little Greek goes a long way. “Even if you are horrible at it, the effort is really appreciated,” Agnos said.

Even with its challenges, locals recommend never losing sight of the awe of Athens. “I find that the happiest expats are the ones that act like tourists,” said Agnos. “They are visiting museums or hopping ferries to islands on the weekends, sampling lots of local dining spots, and getting to know the locals.”