Talesh is the largest city and the second most populous city in Gilan province, after Rasht. Talesh iran has access to Ardabil province from the west. To Astara from the north. To Rudbar from the south and to the Caspian Sea and Anzali from the east. The city leads from three sides to the Talesh Mountains, which are a continuation of the Alborz Mountains. On the other hand, it leads to the Caspian Sea. Talesh is a city in northern Iran. Due to its natural and historical attractions, it attracts many tourists every year.

Talesh is one of the most beautiful cities in the world. The city is famous for its climate, living animals, vegetation and forests. The climate of this region has been very humid. The average annual rainfall is more than 1000 ml. Vegetation of this region includes pomegranate, fig, plum, azalea, apricot, pear, cherry, apple and hazelnut. Its animal cover includes deer, tiger, brown bear, jackal, mink, fox, antelope and leopard.

The people of Talesh speak Taleshi, Azeri, Gilaki and Persian dialects. Talashi language is closer to Old Pahlavi language than Persian language. The livelihood of the people of Talesh is provided through agriculture and animal husbandry. Their important products include tobacco, legumes, barley, wheat and rice. 44% of the people in this area are Sunnis and the rest are Shiites. You can join our team, Iran Destination, and get more acquainted with this region. Iran travel agency, Iran Destination, will organize your trip to Iran. You can offer your tailor-made trip to Iran or visit our programs on the Iran tour page. You can contact to our Iranian travel agency, our agents are online to answer all your questions.

Talesh handicrafts include jajim weaving, kilim weaving, sock weaving, and silkworm breeding. Also, we can mention it in the preparation of a special scarf made of fleece.

One of the most attractive and spectacular provinces of Iran in the north of the country is Talesh city. Talesh or its old name Tavalesh has undergone many changes throughout history. However, this region has not only preserved its customs, language and culture, but has also taken good care of the natural divine gift around them. Most of the well-known and of course famous attractions of Talesh which can be a destination for travel and nature tourism in Gilan province. One of the interesting things about the people of Talesh iran is the existence of groups of them in Russia and Azerbaijan. Perhaps one of the attractions of Talesh Gilan should be considered its past. 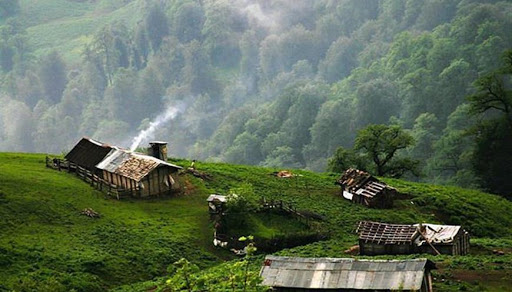 In the past, the Talesh region was such that a large region stretched from the North Caucasus to the east of the Caspian Sea and south to the Sepid River and the western region. It also included Nizdasht, Ardabil, Nir and Sarab. It also reached Marlik Hill from the east. Talesh city is also famous as Hashtpar, which is the largest city of Gilan province after Rasht. Today, Talesh is bounded on the north by Astara, on the south by Rudbar. On the east by the Caspian Sea and Anzali, and on the west by Ardabil province. Talesh tribal groups now live in Azerbaijan and parts of Russia.

One of the attractions of Talesh Gilan, whose name seems strange to tourists and travelers at first, is Siah Daran Forest Park next to Siah Daran village. The villagers have chosen the name of the Siah Daran because of its high density and soaring black oak trees. Because in the past, the huge mass of trees and the darkness inside the forest prevented people from entering it. After the people saw the forest area covered with black trees, that is, oak and free trees, they named it Siah Daran. This rural area with abundant forest has now become one of the recreational and attractive areas for travelers. This rural area is located southwest of the city of Talesh. Facilities such as restaurants, pavilions, amenities and even forest rail sledding among the hillsides and jungle forests make your trip even more exciting.

Summer area of ​​Do Khaleh on Talesh Mountain

It is one of the summer villages in Talesh that the people of the region use only for summer and hot seasons. Summer area of ​​Do Khaleh is one of the attractions of Talesh in Gilan. This area becomes uninhabited in rainy and snowy seasons.

Among the recreational areas among the attractions of Talesh Gilan is the green area of ​​Subatan. Many groups may come to this place because of the lush hills and mountains with unique views of Subatan. But usually there is no news of a cave in this area. A cave that, although not a good place for ordinary tourists, but it attracts professional cavers. The cave has not yet been fully explored and has a difficult entrance. The locals call the cave a treasure house. You can not find it without guide. To enter the cave, you have to reach the rocks of the area with a height of 5 to 15 meters in an area near the village of Subatan. To reach the cave, you have to climb in the middle of the rocks to see the very narrow entrance of the cave.

One of the spectacular and relatively large lakes is Saragah Lake among the attractions of Talesh iran. This lake, which is not only a source of fresh water in the region, but also it is a place for fish farming for the locals. This lake is located 10 km from the central part of Talesh and near the village of Saragah. The water of this lake is supplied from the surrounding springs. The lake is surrounded by rice paddies and kiwi fields. You can see seabirds flying around the lake.

Subatan is a region above the clouds

You may have seen the sights and pictures of many herds of horses grazing freely in the green pastures. Many of these photos were taken in a summer area called Subatan. Among the attractions of Talesh Gilan, you will find many summer areas that are located above the white sea of ​​clouds most of the year. Subatan and the forest area is one of these areas where Lisari families use their wooden huts in spring and summer. You can access this area from Ardabil or Hasht Par. 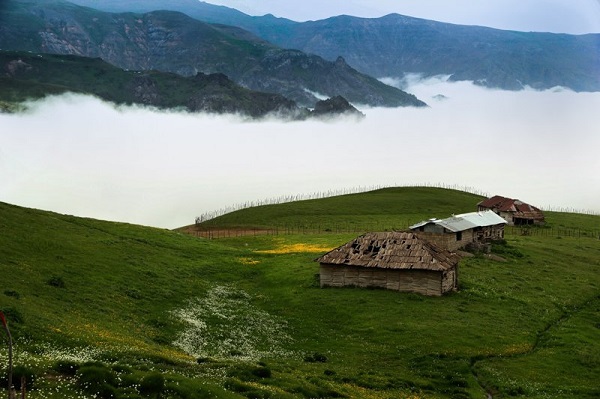