Taft Village, Yazd has many spectacular cities and villages; one of these sights is a cool city surrounded by Rocky Mountains. A city that can shock us with its nature in the middle of the desert. On the one hand, the slopes of the mountains are full of snow and on the other, desert villages. That’s why the trip to Taft should wait for any weather was. In this article, we have introduced a number of Taft landmarks. 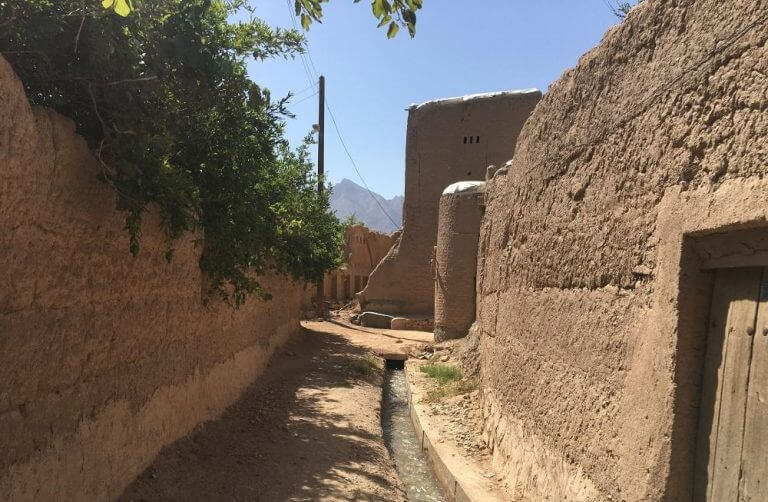 What does Taft mean?

Be sure to cook the term roasting meaning frying have heard. Mount Teft next to the city at noon hot and burning Salat. That’s why it is called Taft mountain and the city near Taft. Of course, there is another narrative about the name of Taft, which says that because of the many pomegranate Gardens in the city, the name of Taft, meaning fruit baskets, have.

Taft is located 24 km from Yazd. To get to Taft, you can take a plane or train to Yazd and then taxi or bus unit company from the terminal of Imam Ali to Taft. Taft distance to Yazd by car is about 20 minutes. From the terminal west of Tehran for Taft bus is.

The existence of Monument, mosque, Bazaar, Square, water reservoir and Hosseiniyeh in the Shah complex, but makes Eid here from the high number of passengers do not place needles. Shah Vali mosque here was a pattern for the construction and picking of bricks of Sheikh lotfali Khan Mosque. Shah Vali mosque dates back to the eighth century.Reddit returns and has beautiful tiles and an altar with attractive carvings.

The local population at this point is also called Nimir garden, because old people, a person named Nimir Tafti, one of the city’s famous Zoroastrians Behnam, has lived in the garden. Taft’s tallest Windward is located in this garden. This garden, built during the zandieh period, reminds us of the Finn garden of Kashan because of its large hall and Long Pond.

The story of the construction of this building is very interesting. The family of Lord Nimir had a moderate financial situation. In fact, the father of the Lord Nimir was the gardener of this outlaw. After working in India, the Lord of Nimir returns to Taft and buys the garden of 5 mazaratuman from Sadr Al-masala. His lordship Nimir marries after his return and has 11 children, 6 of whom die at a young age. After his death, the family of the master of Tafti moved to the Sadri garden and restored it.

The first building we encounter is the summer dweller of this garden. The building has a large hall with dimensions of 12×10 meters, the upper part of the hall is decorated with altar vault. The height of the main building of the Taft Sadri garden is 22.5 meters, and among its interesting features is having a hall with a span of 12.5 meters. The rooms of the House are covered with sash (stature windows and stained glass). Sash windows are multi-colored, mosquito-proof, that is, because of the variety of colors, it has confused the vermin and driven from the House. 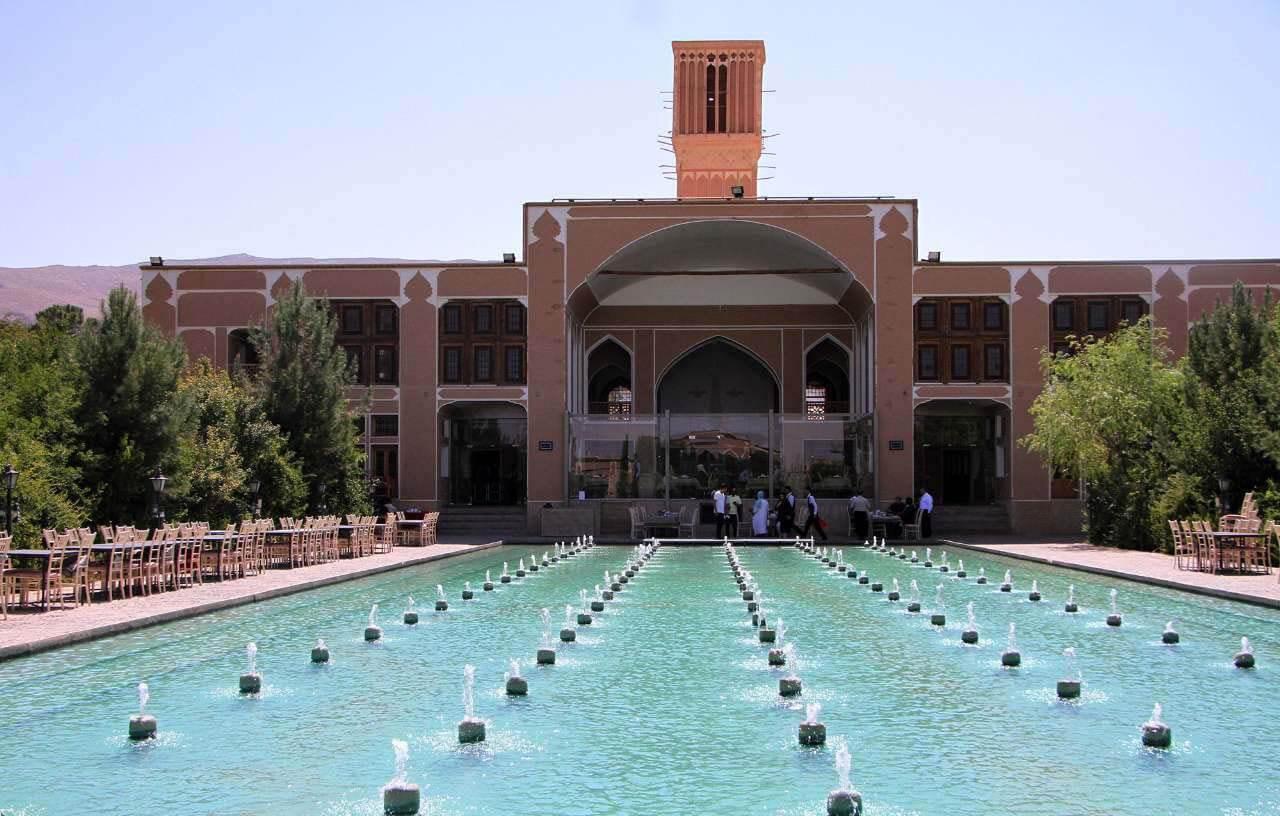 This mill is the only water mill in Yazd. It dates back to 400 years ago. Once this water mill converted 40 to 60 kg of wheat into flour with hourly water flow. The unique feature here compared to other mills in Iran is its adobe building that has maintained its old appearance.

You cannot come to Taft and refuse to see fahraj village. It’s like somebody in the village stopped by Bernard time so that all his houses are Adobe, its roofs are steep and its architecture fits into the desert. One of the spectacular ceremonies in fahraj is the Palmetto on Ashura day.

There are many stories about escaping and defying enemies. One of the most famous tourist attractions is the well that forty girls have committed suicide in fear of enemies and aggression. The village also has a very old mosque.

Consequently, In six kilometers of Taft, there is a spring where Yazd passengers to Shiraz always stop for a few minutes. A fountain that if you are not familiar enough with the nature of Yazd, we probably will not expect to see it. Of course, this spring is seasonal like the waterfall of the doorways, and that’s why it calls tamehr.

Address: 6 km after Taft on Yazd to Shiraz road

Although the name Yazd does not link with cold and snow, around the city, there is an ancient glacier from which people bring ice to their homes with Mule. This despite the fact that the user has nowadays, recreational, and people with ski clothes, and sometimes with a tube and a pair of gloves to the slopes of Mount shirkooh and ski resort  go.

The establishment of the Taft mountain near Taft has caused many tourist attractions at this point. At this desert point, darhgahan waterfall is the only waterfall in Yazd, which is low and high seasonally.

This is why they call it the doorway, which sometimes has water, and sometimes not. Also, Adventurous people get up to the top of the cliff and get there to a personal shelter belonging to the Paladin Castle. The waterfall is located 5 km southwest of Taft.

Above all, The seasonal waterfall of Gahan Valley is located on the southwest side of Taft city. And also lacate on the entrance side of Fars province. A height of over 20 meters that are in season spring to early summer, from the origins of the shirkooh water from the countryside of the top ten and Tarzjan to this side current is at a height above 20 km for the waterfall comes in . The existence of stones favorable for rock climbing along the waterfall is also a benefit to the cause and made the region more famous. 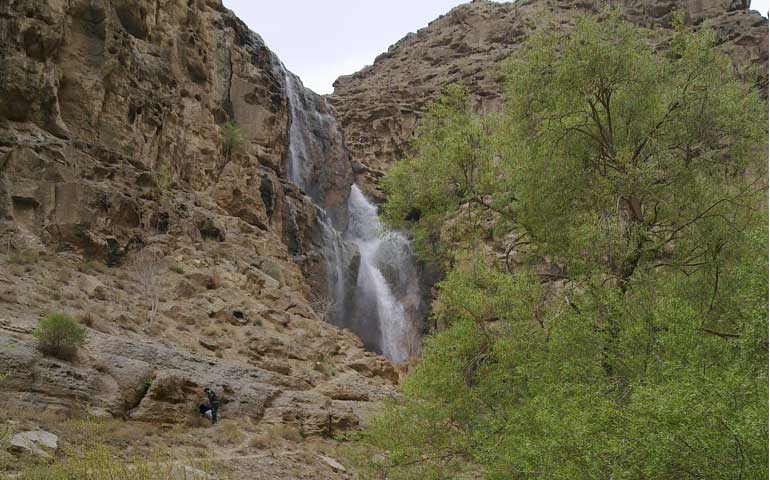 In many cases, people in a village or city because of its similarity to an animal’s natural effect. Also, the animal’s name on it’s natural effect. The Eagle Mountain in Taft is similar to the eagle statue that protects the city. On this mountain, two thousand yards, no plants or water flowing. And, because of the erosive soil, it forms an eagle. The mountain is located in the village of Islamieh.