Moreover, the Shazdeh Mahan Garden is a Tourist Attraction according to the presence of the desert and the contrast between the lush environment of the garden and the dry environment outside the walls of the garden. So, this made  a special attraction for visitors and tourists . Also, it can be named as one of the most beautiful traditional gardens in the land of Iran. Besides, that created such a contrasting beauty. The presence of a lush garden in the heart of a desert where you rarely plant it as a miracle, a strange event that will surprise everyone.

Shazdeh Garden, Kerman, Iran has 5.5 hectares with a rectangular shape and around the wall is surrounded by the wall. Also, Shazdeh Garden, located at 35 km southeast of Kerman city, has constructed in Qajar dynasty during 11-year old. 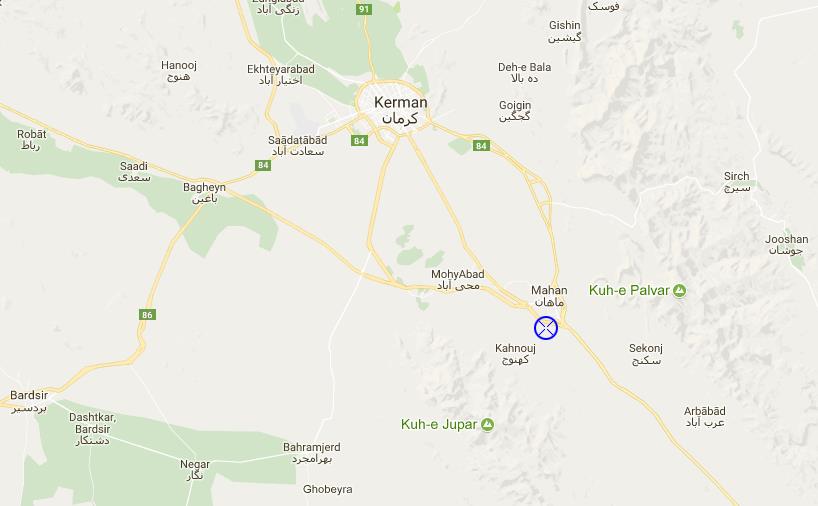 The property includes nine gardens in as many provinces. Also, they exemplify the diversity of Persian garden designs that evolved and adapted to different climate conditions while retaining principles that have their roots in the times of Cyrus the Great, 6th century BC. Besides, always divided into four sectors, with water playing an important role for both irrigation and ornamentation, the Persian garden conceived to symbolize Eden and the four Zoroastrian elements of sky, earth, water and plants.

Moreover, these gardens, dating back to different periods since the 6th century BC, also feature buildings, pavilions and walls, as well as sophisticated irrigation systems. Also, they have influenced the art of garden design as far as India and Spain.

Tourists and visitors to the Shazdeh Mahan Garden, at the entrance to the garden, see the beautiful courtyard, which looks like a picture frame, which includes mansions, pools, fountains and garden trees. Garden include the main mansion of the garden, the courtyard, Shahnshin mansion and baths.

The staircase structure leading to the mansion, along with water fountains and terracotta trees that give rise to a variety of harmonies in different seasons, has given the garden a beautiful view of which can only be understood by closely seeing its impact.

The history of creating the Shazdeh Garden dates back to the Qajar era. This spectacular gardens  originally built by the commander of Mohammad Hassan Khan, Sardar Iravani, the ruler of the time of Kerman in 1276. The approximate area of the Shazdeh Mahan Garden is about five and a half hectares, and its length is 407 meters and its width is 122 meters, which has two sets of eastern and western buildings.

In addition, the authentic architecture of the Shazdeh Mahan Garden mansion, the existence of fountains that act only in accordance with the law of physics and altitude, is a characteristic feature of this beautiful traditional garden.

Moreover, during Mohammad Hasan Khan Qajar Sardari Iravani this garden originally built and totally extended by Abdolhamid Mirza Naserodolleh during the eleven years of his governorship in the Qajar dynasty. Also, this today visible structure dates almost entirely to this second period, and it related to similar gardens designed by NaseroDolleh himself in Tehran.

The structure is relative to the Qajar era. There various pools constructed in the garden that sheltered with fine trees. In addition, in the year 1991, the premises completely renovated because of the commemoration ceremony of Khaju Kermani. Also, a traditional guest house has constructed in the city center for the use of tourists and visitors.

Besides, there is an entrance structure and gate at the lower end and a two-floor residential structure at the upper end in this garden and also the distance between these two is adornment with water fountains that are stimulus by the natural incline of the land. Moreover, water fountains can be over the land flowing from the upper ends toward lower ends on a water cascade style at Shazdeh Garden.

Also, these fountains look very beautiful and have been provided impetus by the natural incline of the place. In addition, the clever use of the natural climate of the land can be seen in this garden which is the primary aspect of every Persian garden.

The main residential building located at the entrance of a garden, the Garden also consists of a two-storied building for which the second floor used as living quarters and for receiving guests. There are other smaller utility rooms which situate along the sides of the Garden, and amongst them a few side entrances connect the Garden to the outside.

Some pools are around the Shazdeh Garden which  built in a terraced fashion. Besides, it is hearsay that upon the news of the governor’s death, the masons abandoned their work and because of that the main entrance still shows some unfinished areas. The location selected as it was placed on the route between Bam Citadel and Kerman.

In addition, the garden itself consists of a variety of pine, cedar, elm, buttonwood and fruit trees which benefit from the appropriate soil, light breezes and qanat water enable such an environment in contrast to its dry surroundings. Besides, as a result of the 6.4% slope along the garden, and its 407 meter length, a height difference of about 20 meters occurs.

Moreover, this natural slope has led to divisions in the garden defining the nature of the garden. Also, the water enters the Garden at the upper end and while irrigating the trees and plants along its way, flows down through a series of steps and falls. . The selection and configuration of plants in Mahan Shahzadeh garden plays a determinant role in the garden’s identity.

If you visit this garden, you will find that some of its parts lack decorative and delicate work, which is why this half-way is to get rid of it. Further more, It said that when the news of the death of the ruler of Kerman came to the attention of the person who was busy with the building, he tore the plaster in his hands and tore it to the wall and left the job. The effects of such negligence today are completely apparent with empty tiles on the entrance.

Moreover, in 2005 experts of the Research Center for Historical Sites and Structures prepared documents to register Shazdeh Garden on the UNESCO World Heritage List and the Garden finally inscribed in June of 2011. 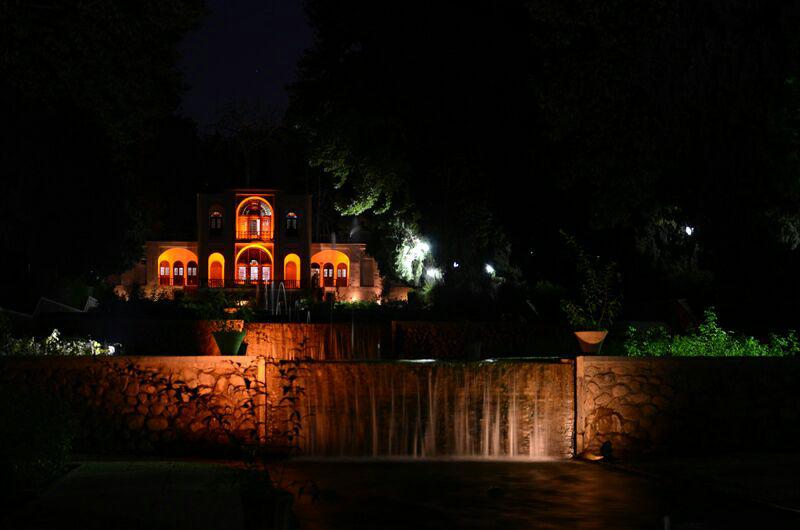