Sanandaj is one of the cities in western Iran, which is also the capital of Kurdistan province. Due to the mountainous climate of this region in the Zagros highlands, Sanandaj enjoys beautiful natural phenomena. On the other hand, the old houses and buildings of this city are famous as its cultural and historical attractions. All these cases have made Sanandaj iran one of the tourist destinations in the west of the country. The land of Kurdistan is full of elements that attract every tourist; Cultural and artistic attractions such as language, music, dance, festivals and handicrafts. For this reason, Kurdistan is the land of culture and art.

Based on documents found in the two eastern hills of Sanandaj and near the Garyashan River, the human habitation in this area is estimated to be about 6,000 years ago. The city of Sanandaj is geographicallyin surrounded by the surrounding hills that are stretched from the Zagros Mountains to this region. For this reason, it has a cold and semi-arid climate. The average temperature of this city is 25 degrees on hot days of the year and one degree on cold days of the year. The nature of this region, like other parts of Kurdistan province, is very spectacular and unique. On the one hand, lush dense forests and on the other hand, the mountainous areas of the Zagros all add to the characteristics of this region. The language of the people of Sanandaj iran is Kurdish. 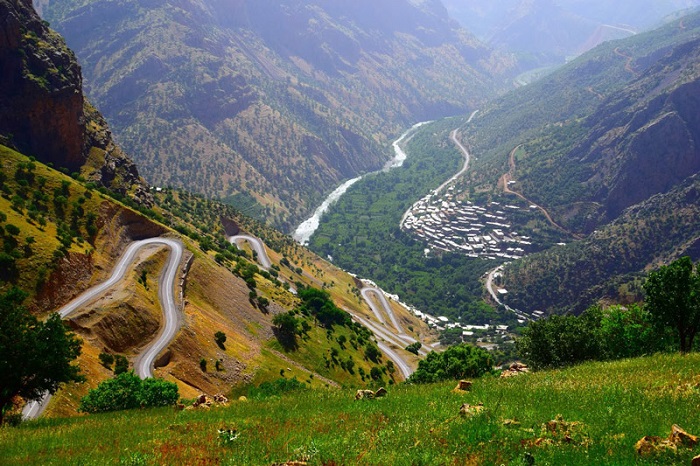 Sights of Sanandaj, the heart of Kurdistan

Sanandaj is a city in the middle of beautiful and high mountains. And inside the city is compose of several hills in the form of Mahour hill. From the top of these hills you can have a very beautiful view of the city. Sanandaj, with its numerous historical monuments and countless natural attractions, can become one of the tourism hubs of the country. To achieve this goal, all the tourist attractions of this city must be introduced to tourists so that the tourism industry of the region can flourish. you can join our team, Iran Destination, and get more acquainted with this spectacular bridge. Iran travel agency, Iran Destination, will organize your trip to Iran. You can offer your tailor-made trip to Iran or visit our programs on the Iran tour page. You can contact to our Iranian travel agency, our agents are online to answer all your questions.

Hammam Khan is one of the old baths in Sanandaj, which dates back to the Qajar period. This bath is on the northern side of the Sanandaj Indoor Bazaar, near mosque Darogheh, in the old and central part of the city. You can reach Hamam Khan from Taleghani and Enghelab streets of Sanandaj. Hammam Khan is also made in the style of Iranian baths and its different parts include the entrance, vestibule, Sarbineh (cold bath), Miyan Dar, Bineh (hot bath), treasury, privacy, toilets, additional water storage and tone. . There were two fountains on the two platforms of this bath, which were probably filled during the time of “Amin al-Tajjar” and were discovered during a search and restoration. 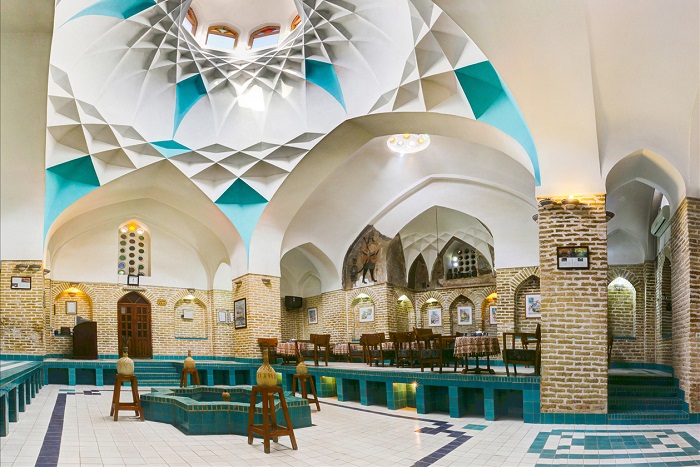 Mushir Divan mansion is another old house in Sanandaj. This mansion built during the Qajar period. Iranian architecture used in the construction of this building. And the governorate of Kurdistan was located in it for several years. Mushir Divan mansion has 7 courtyards, each of which has separate fountains with a different design and at the same time related to other fountains. These yards include the private, public, ceremonial, service and health sectors. 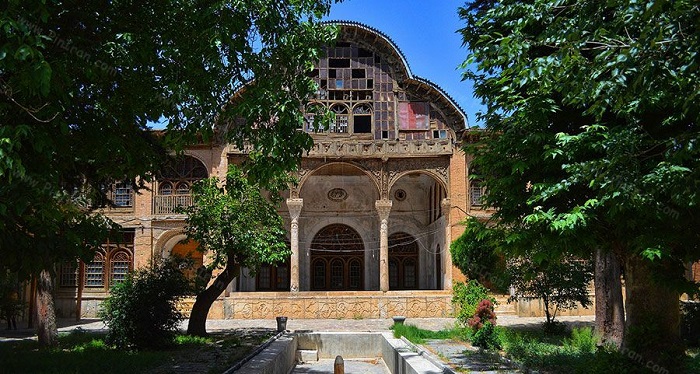 The four gardens of Sanandaj were built after the four gardens of Isfahan and are located in the north of the bazaar of this city. The architectural style of Isfahan during the Zandieh and Qajar eras influenced the architecture of this neighborhood. This building built in 1223 AH by Amanullah Khan Ardalan and has an area of ​​about 6,000 square meters. Some claim that the eastern part of the building, called the Qasr, was built during the Zandi period and was later developed and completed by Amanullah Khan Ardalan. 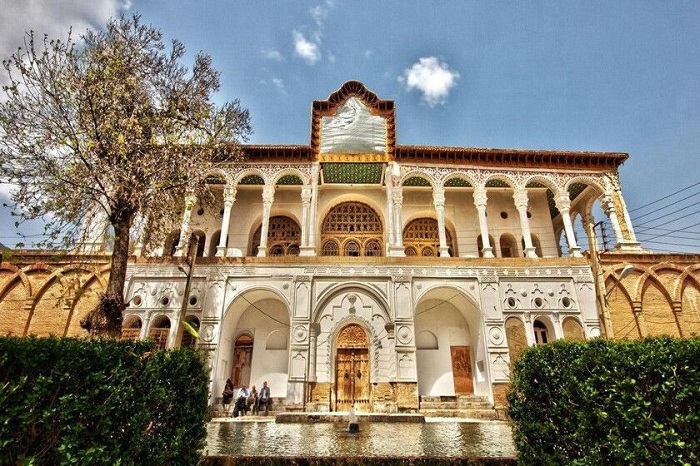 Sanandaj Grand Mosque is in the old context. Dar al-Ehsan Mosque has beautiful domes and garlands. The seven-color tiles on the walls are also considered as impressive decorations of Sanandaj Grand Mosque. East and south porches, central courtyard, cell and columned nave are important parts of this mosque. 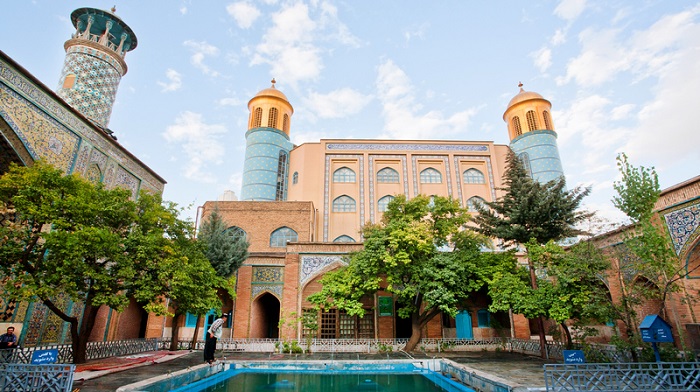 If you are not a winter traveler, the best time to travel to Kurdistan is from mid-May to mid-October. For tourists interested in rainy nature, due to heavy rainfall and greenery of the region, the best time is April and May. Fans of skiing and snow are also better to travel to this province in winter. Of course, Sanandaj is less crowded than the northern cities, which have a lot of fans in summer, and considering that the weather is not sultry, it is a better option for traveling. Sanandaj hosts a big celebration dedicated to local music and dance on Nowruz. The old Kurdish traditions are being in this celebration and many people are participating in it.

Sanandaj mountainous location has made this city has its own food culture. You can try local and traditional food of Sanandaj in local restaurants or in the house of the hospitable people of this city. Most of the people who travel to this province praise its delicious kebabs. Among the good restaurants in Sanandaj, we can mention Jahannama restaurant on Taleghani Street. Also, Sheida restaurant on Shahid Definition Street (especially its kebabs) and Khansalar restaurant on Pasdaran Street (especially the kebab and Daisy of this restaurant). If you travel to Zarivar, be sure to enjoy eating the fish by the lake.

Kurdistan carpets and rugs are world famous for their variety of colors, vegetation, originality of design and quality. The most famous of these carpets are related to Sanandaj and Bijar. Sanandaj carpet is world famous. You can also buy joinery and Kalash products from Sanandaj market.  Kalash production was originally specific to the Oraman region, but is now producing in most cities in Kurdistan. Backgammon and handmade chess in the province are also very beautiful. 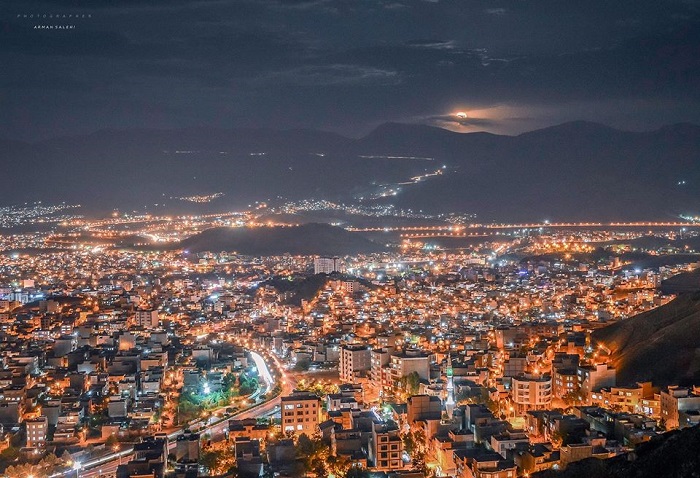