Persian garden truly resembles the paradise on Earth. the overall pattern of Persian gardens (Iranian gardens) features a rectangular form consisting of 4 quarters abundant in trees and flowers, streams and pathways, ponds and fountains, usually a central pavilion, and therefore the walls that surround the garden. The Persian gardens are so remarkable that nine gardens out of a good variety are inscribed on UNESCO World Heritage Site.

The gardens located at different climatic parts of Iran have their unique features but are still similar in overall structure.
According to Persian literature, the word garden means “paradise “which springs from the word”paridaiza”. Paridaiza means a garden surrounded by walls. This walled garden makes a harmony between nature and humans’ art of creation. The evergreen trees harness the sharp sunlight, the water flows make the environment cool, and therefore the pavilion blocks the daylight while providing picturesque view from the terrace.

Persian garden holds roots within the 6th BC when Cyrus the good who ruled over a huge territory, determined the plan of the traditional garden of Pasargadae and ordered it to be constructed at Pasargadae (close to Shiraz province). In fact, the unique plan of Persian garden, its elaborate architecture, and therefore the presence of natural elements originated from Cyrus’ notions. the aim of Persian garden was to supply physical and spiritual relaxation. So, it’s faithful say that it had been during the Achaemenid Empire that the thought of an earthly paradise came into reality.

History of Persian Garden goes back to the epoch of Achaemenid king, Cyrus the good , and first designed royal garden is believed to be in Pasargadae near today’s Shiraz. The archaeological site of Pasargadae Garden is among the inscribed gardens, although there are not any trees remaining.

Pasargadae remained the capital of the Achaemenid Empire until Cambyses II moved it to Susa; later, Darius founded another in Persepolis. The archaeological site covers 1.6 square kilometres and includes a structure commonly believed to be the mausoleum of Cyrus, the fortress of Toll-e Takht sitting on top of a close-by hill, and therefore the remains of two royal palaces and gardens. Pasargadae Persian Gardens provide the earliest known example of the Persian chahar bagh, or fourfold garden design.

Water plays vital roles within the Persian Garden. Not only it’s for irrigation, but it giving the aesthetic beauty by flowing within the well-designed aqueducts, jetting into fountains and pouring small ponds. Water is usually moving, it shouldn’t be still, it need to give life to plants, freshen the air and make the burbling sound that soothes the soul.
It then flows out of the garden to be used elsewhere. it’s interesting that sometimes the source of irrigation of the garden is typically different from the source that’s used for ornamentation.

Fin Garden in Kashan is that the oldest existing royal garden in 1590. The ingenious design of ceramic pipes creates many rows of small fountains which don’t need any machines to run. 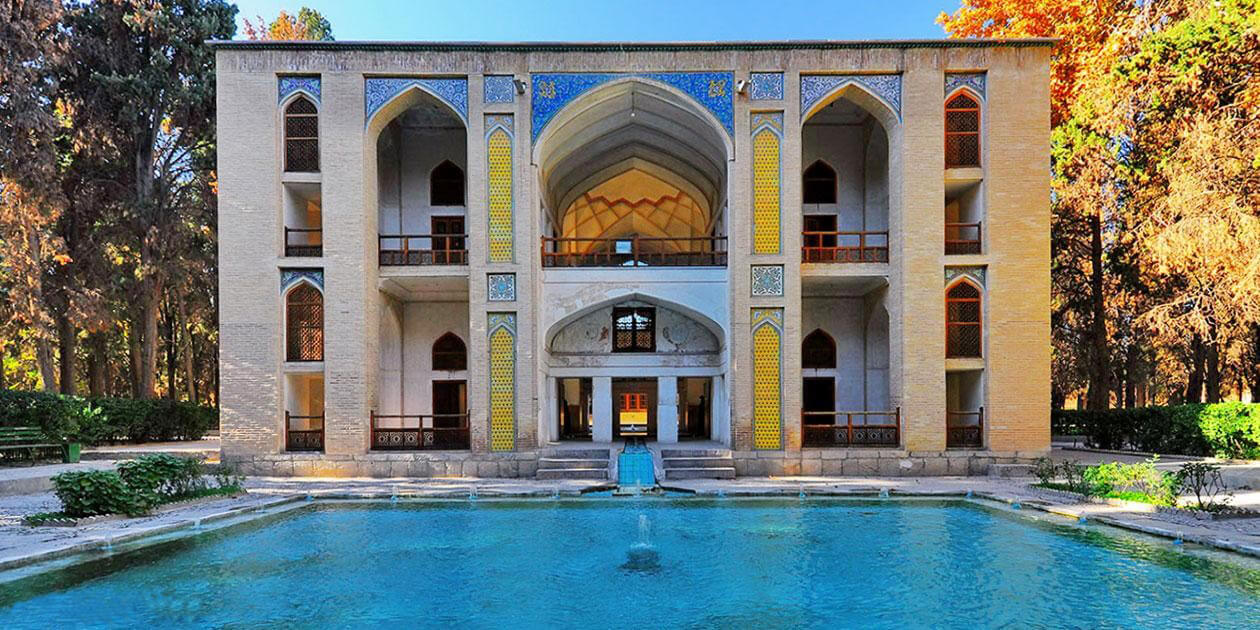 It Designed for Shah Abbas I within the 16th century. This delightful garden with its symmetrical proportions, old cedars, spring-fed pools. And fountains is renowned as being the very epitome of the Persian garden and its evocation of heaven. Given its influence within the planning of gardens as far afield as India and Spain, Fin Garden, which lies within the suburb of Fin, 9km southwest of central Kashan, has justly earned an area on the Unesco World Heritage list.

Shazdeh Garden in Mahan near Kerman made on a slope, in order that water can flow easily. Shazdeh Garden additionally referred to as one among the foremost beautiful of Persian gardens.

Garden planners had special knowledge of architecture, hydrology, and gardening. Trees, flowers and shrubs chosen supported their beauty, produce and shade. Many of the trees hold a symbolic meaning, like Cypress which represents unrestrained and pride or sycamore which represents eternal blessing of gods and spirits. Also every garden need to have fruit trees, to please the guests with abundance of Persian hospitality.

It famous for its name (forty columns), found in Isfahan. The pavilion actually has 20 wooden columns but the reflection of the building on the surface of water makes the name legitimate.

Almost all Persian Gardens have an elaborate pavilion built on the most axis, creating the symmetrical image of the garden. The pavilion itself represents the skillfulness of the architect and therefore the builders. The fabulous design of interconnected rooms decorated with astonishing tilework and Orsi (stained glass windows) can blow your mind. you’ll picture the feasts and banquets happened in such beautiful, pleasant and relaxing heaven.

Eram Garden located in Shiraz. It is among the foremost beautiful Persian gardens of Iran. it’s such a singular and lovely garden that’s inscribed on UNESCO World Heritage Site. within the holy book of Quran, Eram described because the paradise prepared for the blessed ones.

it’s an excellent atmosphere surrounded by tall cypress trees, fragrant flowers, and aromatic sour orange trees. Moreover, the sound of birds singing within the green space of the garden brings peace and quiet to the tourists, and it’s quite pleasurable to possess a stroll across the garden. In spring, Eram Garden catches eyes with its colorful blooms and blossoms, and it’s an excellent tourist destination that draws those that visit Iran. 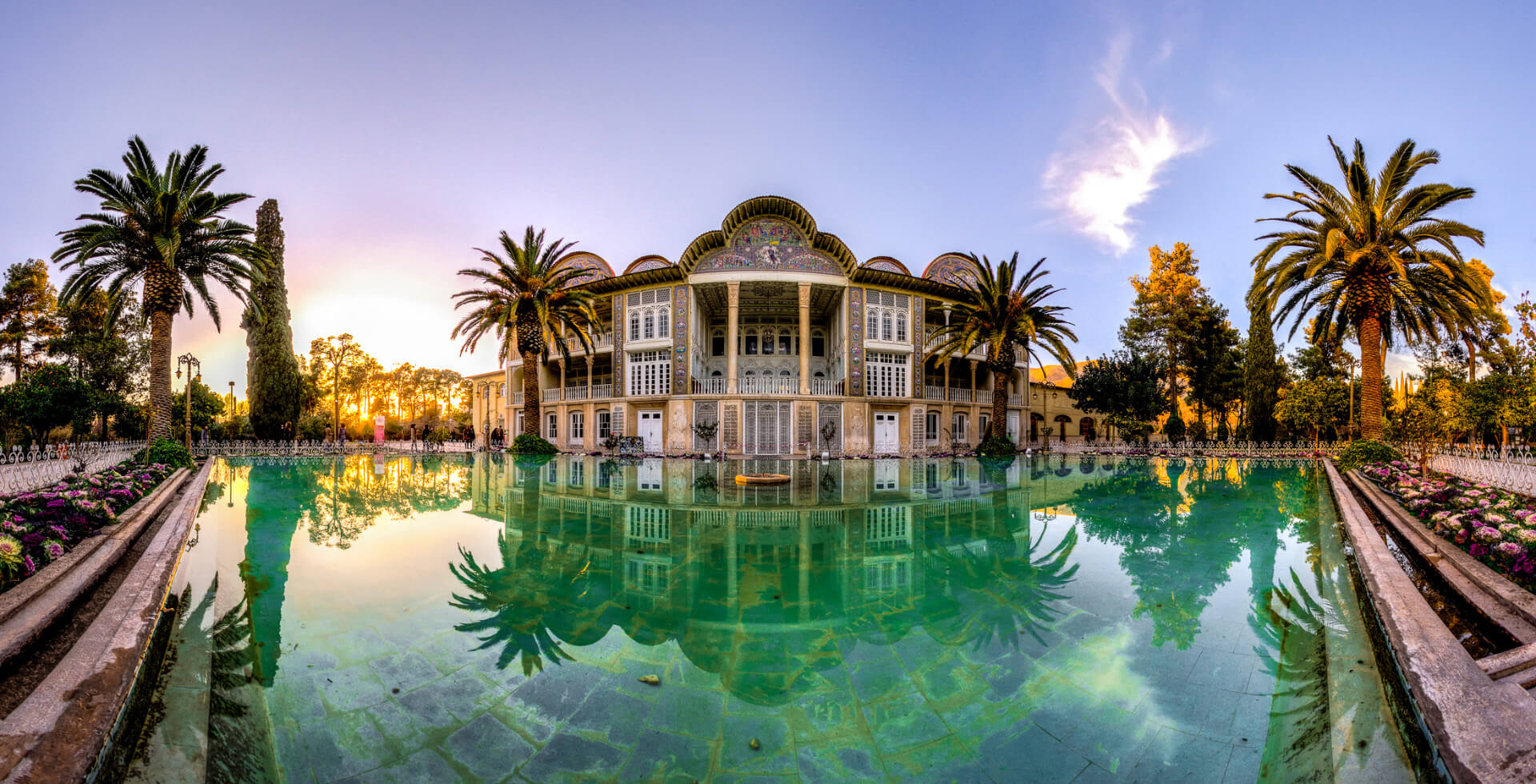 Akbarieh Garden in Birjand has tall and glorious pine trees. And, its pavilion shows Iranian a Akbarieh House and Garden is one among the historical buildings in Birjand.  This building was inbuilt two floors in Qajar era by Showkat al-Molk. This garden is at the top of Moallem Street in Akbarieh Village in Birjand which is that the center of South Khorāsān. Now with the expansion of Birjand, the garden found inside the town .

This monument includes a mirror hall, pergola dome, honeycomb Muqarnas decorations and official scheme that were merely for catering domestic and foreign political agents.  This garden registered as a world heritage monument within the 35th UNESCO Conference. The closest tourist attraction to the Garden is Kolah-Farangy Arg of Birjand. This architecture with Russian influence which makes it unique and different.

Pahlavanpour Garden in Mehriz is that the only inscribed garden which belonged to a businessman and not structured for governmental purposes. Also, the water used for aesthetic and irrigation come from different sources.

Dolatabad Garden in Yazd is understood for its gorgeous pavilion. It has the tallest badgir (windcatcher) in Iran with a height of 33.8 meters. Karim Khan Zand, founding father of Zand dinasty resided during this garden for a short time .
Dolat Abad Garden in Yazd was inbuilt 18th century. It built during the Afshari era, and almost like other Iranian houses, has two inward and outward sections.  The outward part includes gardens and delightful spaces which may noticed on the doorway way.

Abbasabad Garden is in Behshahr. quite the garden itself, Abbasabad is legendary for its reservoir and therefore the chahartaq building. Also within the middle of the lake which actually works as a spillway.  The order of Shah Abbas I, built The lake and its buildings, the founding father of Safavid dynasty.

Persian Garden influenced Other World Heritage Gardens. Also, design are Alhambra in Spain, Shalimar in Pakistan and therefore the most famous of all, Taj Mahal in India. Finally, Persian garden has been source of inspiration for several artists and craftsmen, also as writers and poets. Not only you’ll observe its beauty on the Persian carpets, but can also follow its trace in poetries that depict paradise on the world .