Persepolis is a symbol of glory and grandeur in ancient Iran and one of the sights of Shiraz. Perhaps the Persepolis region and the remaining buildings in it can be considered one of the most important documents in the history of civilization in the world. Hence, prominent scientists and archaeologists from all over the world have traveled to Iran to visit Persepolis. Persepolis is a relic of Achaemenid kings in Iran from 2500 BC. Considering the greatness of the Achaemenid Empire in ancient Iran, which covered a considerable part of the eastern part of the world, we can understand the glory of the headquarters of these kings in Persepolis.

You can join our team, Iran Destination, and get more acquainted with irantour and all of the tourist attractions such as Persepolis. Iran travel agency, Iran Destination, will organize your trip to Iran. You can offer your tailor-made trip to Iran or visit our programs on the Iran tour page. You can contact to our Iranian travel agency, our agents are online to answer all your questions about iran travel.

gate of all nations

Gate of All Nations

Persepolis the great architecture of Acheamenids has many attractive palaces and buildings for tourists visiting Iran which one of them is Gate of All Nations. The palace of all nations located near the stairways entrance has three Puerto, the west and eastern ones has tow giants statues of human headed bulls inspired from Assyrian myths at the doorway.inside of the palace used to be a large room with four columns which now only three of them is standing tall.

The palace belonged to Xerxes but the foundation of its building goes back to The great Darius. Representatives of different countries under ruling of  Acheamenids used to cross this gateway to enter the Persepolis, in a sense palace of all nations was a waiting room for them before attending to reception hall. Although the two giant bulls which are the symbol of protections are an inspiration from Assyrian architecture. But, Iranians did some changes in it. So, their back feet show motion. Some of the tourists who have visited this palace curved their name in the stones. Carsten Niebuhr a well-known German tourist and mathematician who also visited Bistun and James Justinian Morier the British diplomat and writer are some of these people. 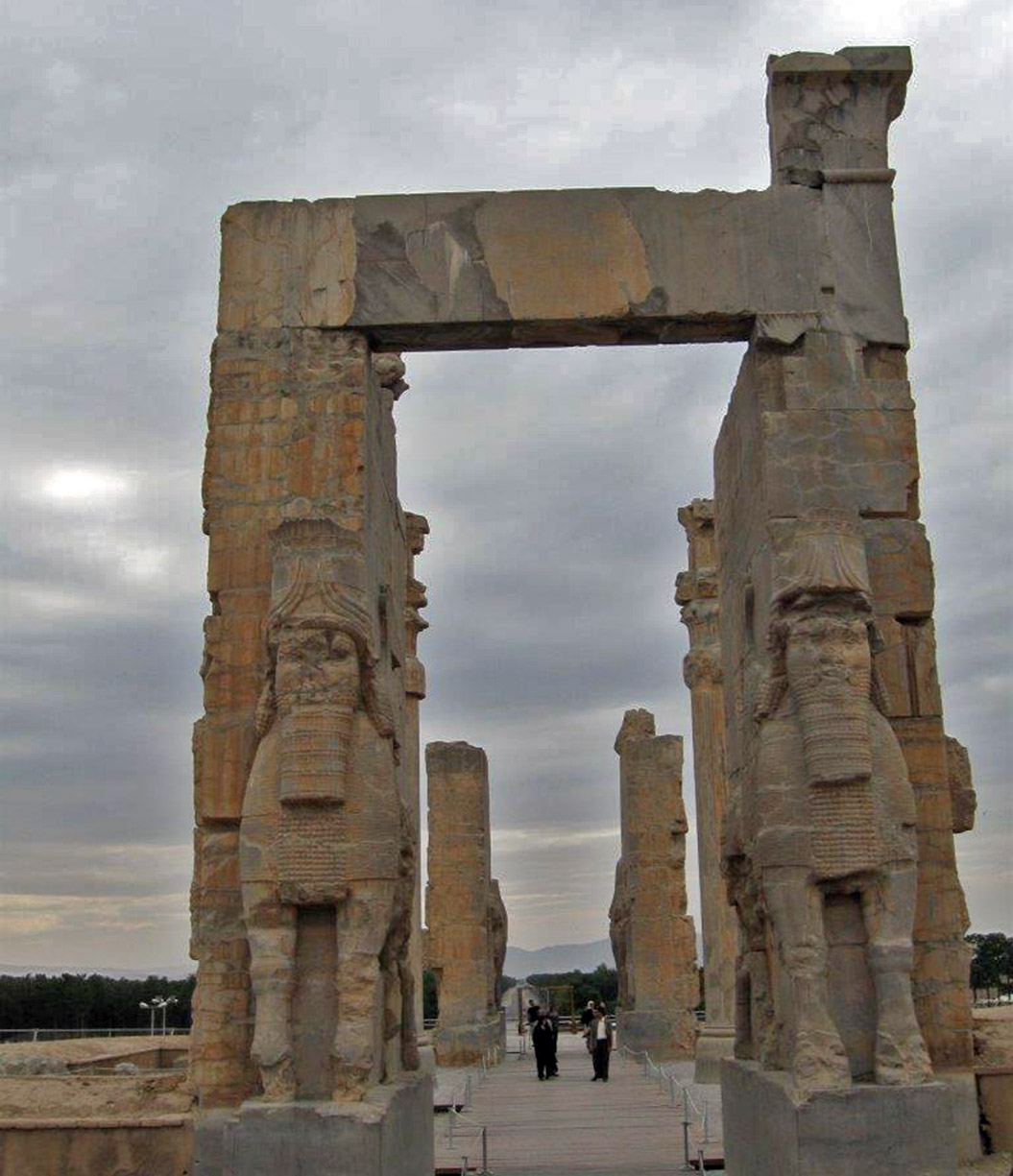 one of the Persepolis’s gates