Neyshabur, the city of Turquoise, is one of the oldest cities in Iran where many elders were raised. It is the second largest city of Khorasan Razavi province and is located on the slopes of Binaloud highlands in northeastern Iran.

Neyshabur is located on the slopes of Binalood Highlands in northeast of Iran. The city is located 2 kilometers east of Tehran and 5 kilometers west of Mashhad and crosses the international rail and road route. Neyshabur also connects to the cities of Kashmir, Turquoise, Quchan, Kadkan, Ashgabat and Torbat-e-Heydariyah by local roads.

It is one of the most important historical centers of tourism, industry for the country and the region. Neyshabur has been the focus of the Safavid era and is known as the cultural capital of the Middle Ages and the reign of the Khwarazmshahians. It was the eighth largest city in the world in the 11th century with a population of 6,000. The history of this city began in the Sasanian period. This historic city was founded or rebuilt around the middle decades of the third century AD by Shapur I. It was conquered by the peace of Canarang and Abdullah Amer in the year 6 AD. It was the capital of the Taherian empire from 9 to 6 AD, and later named Thogarl as the first capital of the Seljuks.

The Neyshabur ethnic composition is currently in Farsi, Turkic, Kurdish, Baluch, Arab, Uzbek, and Armenian languages, all of which are Persian-speaking. 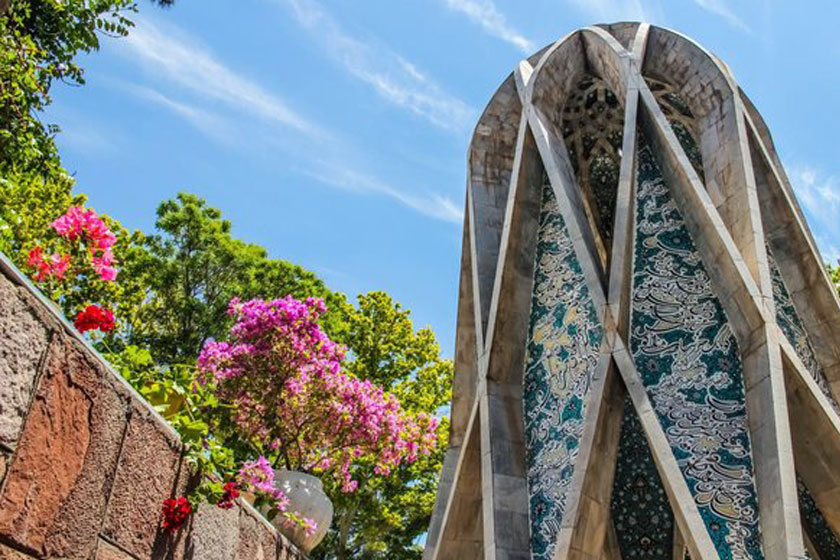 One of the most spectacular places in Neyshabur is the tomb of Khayyam Nayshaburi, designed by Houshang Seyyun and its design is based on Khayyam’s life, time and thoughts based on all three aspects of Khayyam’s personality including “mathematician”, “astronomer” and as a “poet”.

Where is the Neyshabur Garden?

From Neyshabur to Mashhad on the way to Nishabur An old garden will be about 3 kilometers to Neyshabur, which was built during the reign of King Abbas I at the time, and at his behest, there were 2 pine trees planted and converted into a garden. It is currently being introduced as one of the tourist destinations of Neyshabur. Although King Abbas ordered it to be built, the end of the Qadamgah monument and the garden and plastering of the garden belonged to King Suleiman Safavid in the year 6 AH.