Did you make your decision and chose Iran as your travel destination? We want to tell you about Naqsh-e Jahan Square for traveling to Iran. Travel to Iran to get to know about it. Are you interested in experiencing that? what do you know about Iran destination tour one of the most famous Iran travel agency in shiraz and also Iran? This is great and you can be sure that the most exciting experiences will be waiting for you. In this article, we introduce all the requirements to travel to Iran. Also, the do and don’ts of traveling to Iran. Also, we answer this question: how to travel to Iran. 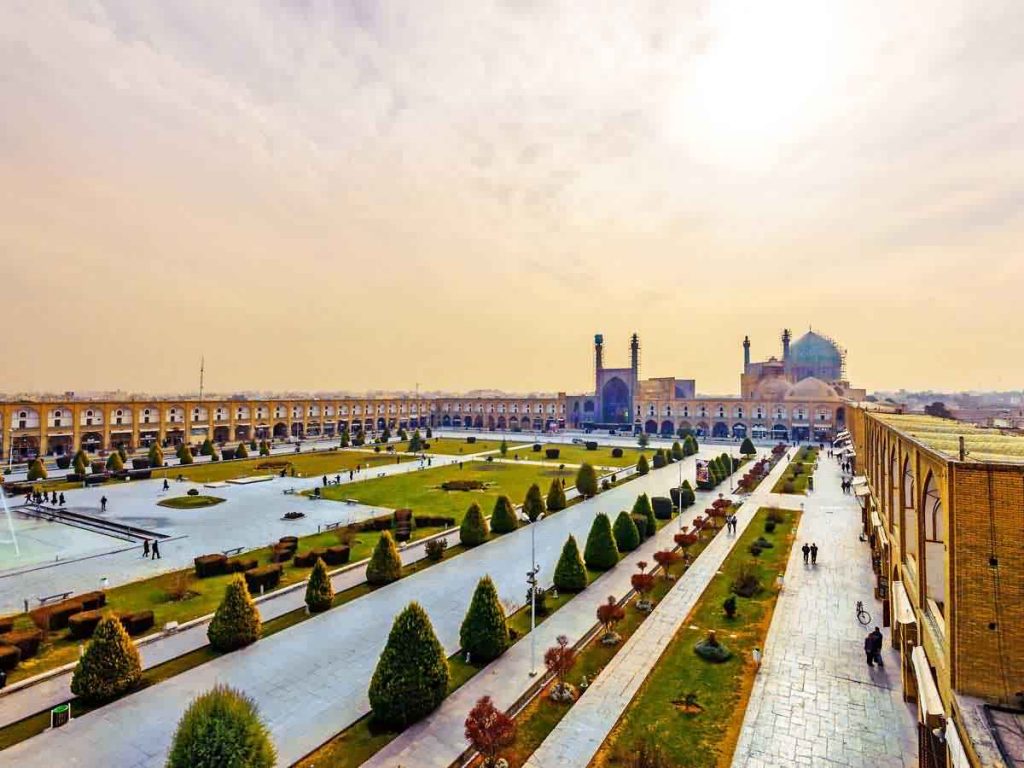 Usually one of the first places that tourists in Isfahan to visit is Naqsh-e Jahan Square. it can process the field, the role of the world is because around this square, scenic attractions, there is a lot that can, all of it together, naturally. This field, which is one of the largest and most famous square in the world. It is in the center of the city and of the first works. It is in the list of cultural heritage of UNESCO.

Before dynasty Safavid Isfahan as the capital of their choice in the location field of the world with a large garden to name the role of the world was inside of it, government buildings, and palaces of the Empire, there were many track and field as well as a small part of the garden was located.

When Shah Abbas reached the monarchy, The Square grew larger. Also, according to various sources, the current building of Naghsh-e Jahan Square was built at the time of Shah Abbas I Safavid. At that time, in the middle of the field, horse racing, and a variety of ceremony, fireworks were being held, etc., Shah Abbas, on the part of King dweller Ali qapoo sat, and competitions and events to watch it.

Shah Abbas the field, as the central core of Isfahan and around it Ali Qapoo palace as the centre of his work. the mosque of Sheikh Lutfullah as a religious center, etc. the markets as the economic center and mosque as the social center is placed. After the coming of the Qajar, historical monuments of Isfahan case of neglect. As that at the time, Reza Khan on the field of restoration. Also, It done in the year 1313 to the National Register of … the rule of the Shah again a boom to the square back, and it has become the center of an active city, Isfahan, Iran.

The role of the field world is rectangular with a length of 560 and a width of 160 meters. Around the square, 200 chambers are two floors, these chambers are magnificent buildings left from the Safavid era that have given a special beauty to the square. In the middle of the four sides of the square, the four monument Ali qapoo, Sheikh Lotfalah mosque and Imam Mosque.

it is with painting is unsurpassed and architecture beautiful of the most beautiful monuments of Iran. Apart from the monuments around the square, the four market but there is on it, crafts, Isfahan, supplied with a stroll in the markets and see crafts, this city as a real art, artists can go, and the true spirit of the city’s feel.

The Supreme Palace of qapoo in Naghsh-e Jahan Square is one of the most beautiful examples of Safavid era architecture. Mansion Aliqapoo with architectural highlights and decorations  of the artists featured, the attention of many domestic and foreign tourists attracted to it. One of the most important parts of qapoo Palace is the entrance to the palace. It is luxurious halls, Music Hall on the highest floor and outstanding artwork in different parts of qapoo mansion. Also, The main foundations of this mansion built on wood and this adds to the attractiveness of the architecture of the palace.

The palace of Ali qapoo

The word “Ali Qapu” composed of two excellent parts. It together means “long doorway” or “long head”. Ali qapoo Palace with beautiful architecture based on wood. It is the largest and most magnificent monuments of its time and built in the early eleventh century AH.

At the entrance of the Supreme Qapu mansion during the Safavid era, the gateway to all the Royal monuments in the Square has been the role of the world. Shah Abbas I Safavid, in order to demonstrate the power and glory of his government. It ordered the construction of the Supreme mansion of Qapu. It done Important meetings of his work, welcoming foreign guests, and the ceremony of the state in the palace. Also balcony of the mansion for local of Shah Abbas and those around him at the time of the holding of tournaments, polo shirts, and Horse ridding in the field, the role of the world and watch the tournament was.

Ali qapoo mansion highly respected at the time of Shah Abbas I. And passing through the entrance of the building was not possible for everyone. This 6-storey building attracts the attention of many tourists visiting Naghsh-e Jahan Square in Isfahan from the distant past.

Ali qapoo Palace, also known as the highest Palace of the Safavid covenant. Moreover, with a narrow staircase from the ground floor to the higher floors. Climbing the stairs, due to the great height they were a little hard and cold. but then the stone with pillars Wooden lost altitude to 20 km. Also, it seems-and watching the field, the role of the world above it, and very enjoyable it is. On this porch you can see the Sheikh Lotfollah mosque ahead of you, the head in Caesarea on the left and the Shah Mosque on the right. Ali qapoo mansion is one of the most interesting monuments in Naghsh-e Jahan Square of Isfahan.

Consequently, It calls imam mosque, Isfahan, Iran that the Shah Mosque and the Grand Mosque Abbasi. Also, The sights of Isfahan, and mementos Safavid period. It is in the southern part of the field, the role of the world. The imam mosque can be a masterpiece of architecture, tiling and carpentry of the 11th century AH introduced. A few inscriptions appear at the main entrance of the mosque. And at the two angles of the courtyard of the two schools of Soleimani and Nazareth attracts attention.

Both schools belong to the Safavid era and because during the Naser al-Din Shah Qajar era. One of them restored and restored, it  calls Naseri school. In this mosque, several commandments of Shah Abbas installed on stone tablets. The construction of the large South dome is such that the sound reflection takes place. The imam mosque in 1310 with the same 107 in the list of national monuments of Iran, was registered as part of the Naqsh-e Jahan Square, the UNESCO World Heritage site is located.

Sheikh Lotfollah mosque is one of the mosques of Iran. And it is very amazing and spectacular due to its unmatched decorations and excellent architecture. This mosque located in Naghsh Jahan Square in Isfahan. So you can visit the other attractions of the mosque. Also, It is namely the imam mosque, the palace of Ali Qapu and Caesarea. Sheikh Lotfollah mosque with its beautiful pea dome by Mohammad Reza Isfahani. It built a unique masterpiece of tile art and architecture. Use the beautiful colors and the natural light hands that the mosque in the sight of tourists. 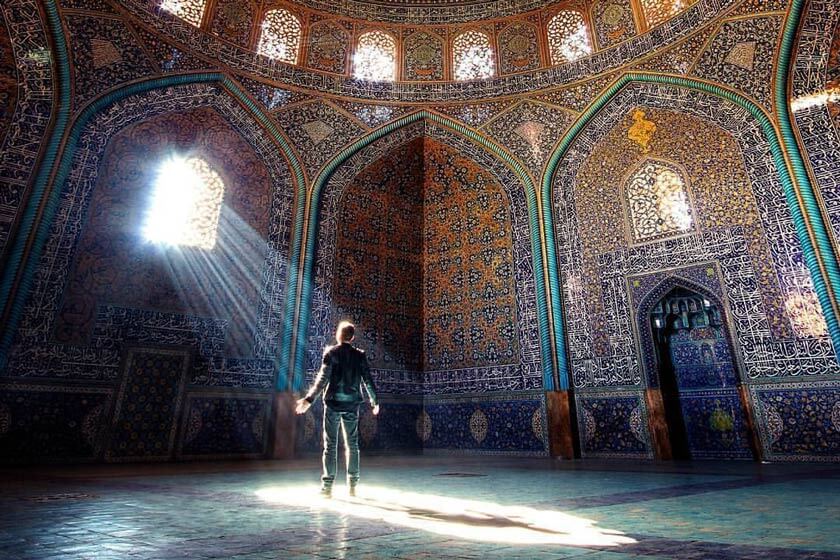