Nain Jame Mosque is one of the oldest mosques in Iran and its architecture belongs to the early Islamic centuries. Also, the mihrab of The Nain Mosque in Isfahan is undoubtedly the most original example of the art of altar-building in the Abbasid period.

Moreover, monuments are among those works that have remained since a long time away and showcase the science and art of the past. Also, the number of these buildings is high in a country like Iran, which has an ancient history. Besides, some of them are mosques and are often always places of worship for Muslims in the region. So, one of these old mosques is the Nain Jame Mosque city in Isfahan province. Furthermore, it is one of the few mosques that has not changed much throughout history and shows the architecture of the past. 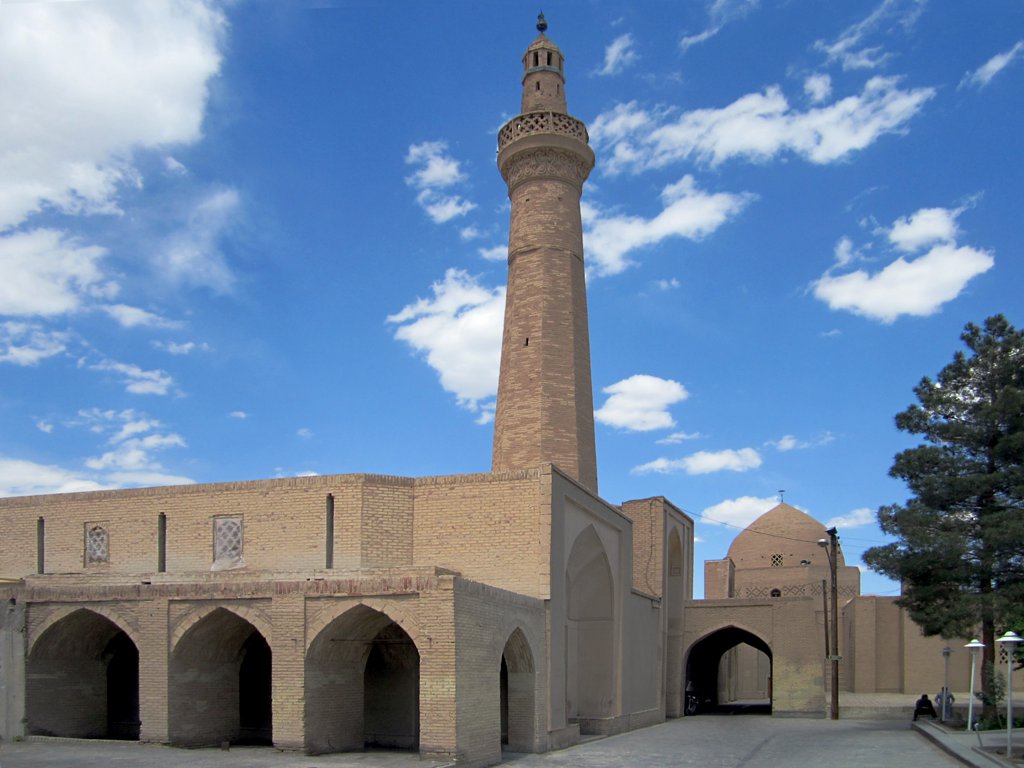 Where is the Nain Jame Mosque?

Why the Nain Jame Mosque should be seen?

The notion that we all have historical mosques is the existence of domes and two minarets. Besides, in the Nain Grand Mosque there is only one minaret seen with no dome. Also, the Nain Jame Mosque is one of the oldest historical mosques in Iran, and after centuries, its architecture still attracts the world’s attention.

In addition, the construction of The Nain Jame Mosque in Isfahan date back to the 2nd to 4th centuries AH. Also, the culmination of the glory of Islamic and Iranian art can see in mosques in Isfahan as well as the Mosque of Nain. Besides, Isfahan’s Nain Mosque registered in the National Monuments List of Iran in 1931.

Architecture of the Grand Mosque of Nain?

Nain Jame Mosque built in the style of Shabestani architecture. Also, there are neither domes nor porches in this mosque. Besides, the height of the single minaret reaches 28 meters and calls us to itself at distances. In addition, the decorations under the minaret’s horseshoe go back to the Seljuk era.

Moreover, in Isfahan’s Nain Jame Mosque, the courtyard located in the center and columns and luxons arranged around it. Also, it is interesting to know that the columns are not the same in the Nain Jame Mosque and seen in different forms of cylinders, squares and polygons.

Besides, in the architecture of Isfahan’s Nain Jame Mosque, there are underground and masjids. One of the 6 entrances to Isfahan’s Nain Mosque is worked out and decorated with beautiful motifs. These decorations go back to the Ilkhanid period. Construction of different parts of the mosque continued in historical periods and during the Qajar period, a shabestan was added to the mosque.

Moreover, for an unstated stay in Nain, you can getting enough information about Nain hotels, select and book one. Also, among the things ahead is Nain ame Mosque , Tourist Hotel. A hotel that has only two stars but has been able to attract the positive opinion of previous travelers. Besides, the hotel is located on Shahid Rajaee Street, next to the Red Crescent and Nain Jame Mosque.

In addition, Nain Tourist Hotel is one of the most experienced tourist hotels that has operating in the city since the years before the revolution. Also, of course, there have always reconstructions on it. Besides, the hotel, which has 8 residential suites, has always maintained its traditional and old style. Furthermore, Nain Tourist Hotel located 1.5 km away from Narin historical castle.

Among the inscriptions in Nain Jame Mosqueis an inscription on the wooden door of the mosque, which is written on 784 AH. 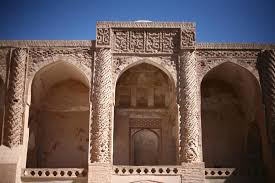 The initial building of Nain Jame mosque attributed to ‘Umar b. ‘Abd al-Aziz, the eighth Umayyad caliph who was his caliphate from 99 to 101 AH. Besides, the Mosque is one of the remaining works of the second half of the 3rd/10th century. Also, the mihrab of this mosque was definitely the most original example of the art of altar construction in the Abbasid period.

The Course of Change

As mentioned above, the Nain Jame Mosque has safe from the day and has only changed slightly. Also, its original building built in the 2nd/8th century and includes a large part of the mosque that is now left behind.

In addition, in the northern part of  mosque, there is a small part that is likely to be an old mosque with the current Grand Mosque built next to it. Besides, Nain Jame Mosque has become part of the north-west nave of the mosque. Also, the cross section of the pillars of the primary mosque in the 2nd/10th century was octagonal, which in later periods bed into square or rectangular jars.

The architecture of the Nain Grand Mosque is relatively simple and uniform. Also, apart from minarets, there is no other important element in this mosque. Besides, the height of the four fronts and their ceilings in total has created a relatively uniform composition. Furthermore, the mosque consists of courtyards and shrines on its three fronts and stoics on the front of the front of the City and surrounded by a brick wall that today only parts of the wall remain.