Desert cities in Iran may not look intriguing at the first glance until you find paradoxical features there that marvel you. Talking about a paradise in the heart of the desert, one might think of Mehriz, a green diamond in the middle of the desert. Just imagine a dry extensive area of desert sand color where you come across green trees through which a stream passes where you can let your hair down in the shadow and breathe fresh air.

This amazing improbable scenery could be found in some spots in Iran including Mahan, Kerman Province and it comes out of Iranian intelligent people who used to live eco-friendly even in the desert. It is one of these cities that catches your eyes the moment you get in there. This city is the city of qanats, castles and caravansaries.

Mehriz County located 35km of Yazd, where qanats derived from this town around 16 centuries ago. In fact, these qanats were formed from the rich groundwater as the continuous parts of Shirkooh. Mehrnegar from whom the name of the city was derived as Mehrgerd and changed into Mehriz as time passed by ordered it. It is said that she has been the daughter to Sassanid king, Anoushirvan and the city was established at her order.

Mehriz is well-known not only for such a mild climate as a result of qanats and prosperous agriculture, but also for different historical monuments and attractions either inside the town or the villages around including Saryazd and Gharbalbiz. Yazd and Mehriz in specific are one of the best destinations in Iran to travel during autumn and winter, regardless of planning a luxurious or a cheap trip.

It is said that Yazdi people have been considered among the most peaceful citizens compared to other Iranians; Mehriz population has never been an exception in this regard, too, for Zoroastrianism, Islam and even Judaism have been interwoven since ancient times. The folks have learnt to respect each other’s religion, culture and mores. Therefore, they have been living together in peace to the extent that Mehriz has both mosques and Zoroastrian temples.

Close to Mehriz, there is a large awesome sand hill which embraces many travelers during spring and summer as it has a medical nature. Due to the direct sunlight the sands get hot which as a result can highly reduce the pain in your muscular body parts. 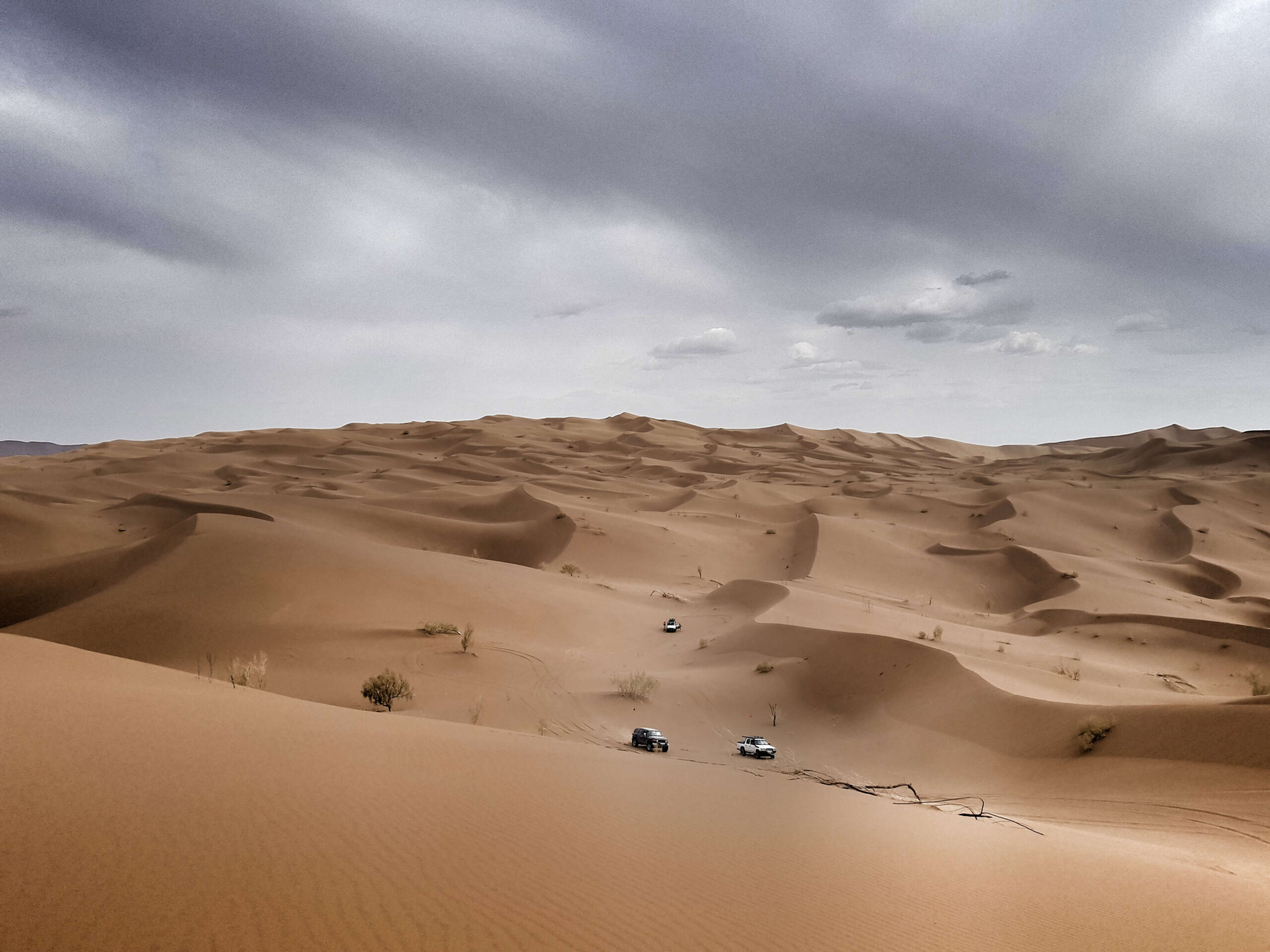 There used to be four towers around Mehriz in order to defend the town from robbery in the past among which Asiabrig has been the most popular. It dates back to Zand era and reconstructed recently

Constructed during Qajar period, Pahlavanpur is one of the 9 Persian gardens register on the list of UNESCO World Heritage. Like the other Persian gardens, Pahlavanpur is a combination of nature, art and architecture. The water stream flows through the garden while it waters the rows of plane and poplar trees standing on both sides of the stream. At the center, a small pavilion (Sharbatkhaneh) stays while the western sector has been specified to a building for winter times. Besides, there are a stable, a store and a few carpet-weaving workshops in the south of the garden.

The architectural style of the garden could be identified with Persian gardens like Dowlat-Abad garden in Yazd or Eram garden in Shiraz which include a palace facing Chaharbagh (flower beds) and a pool and having central courtyard. The water source to Pahlavanpur Garden used to be provided by the well-known “Hasanabad” qanat which only passed through this garden and not the ones surrounding areas. 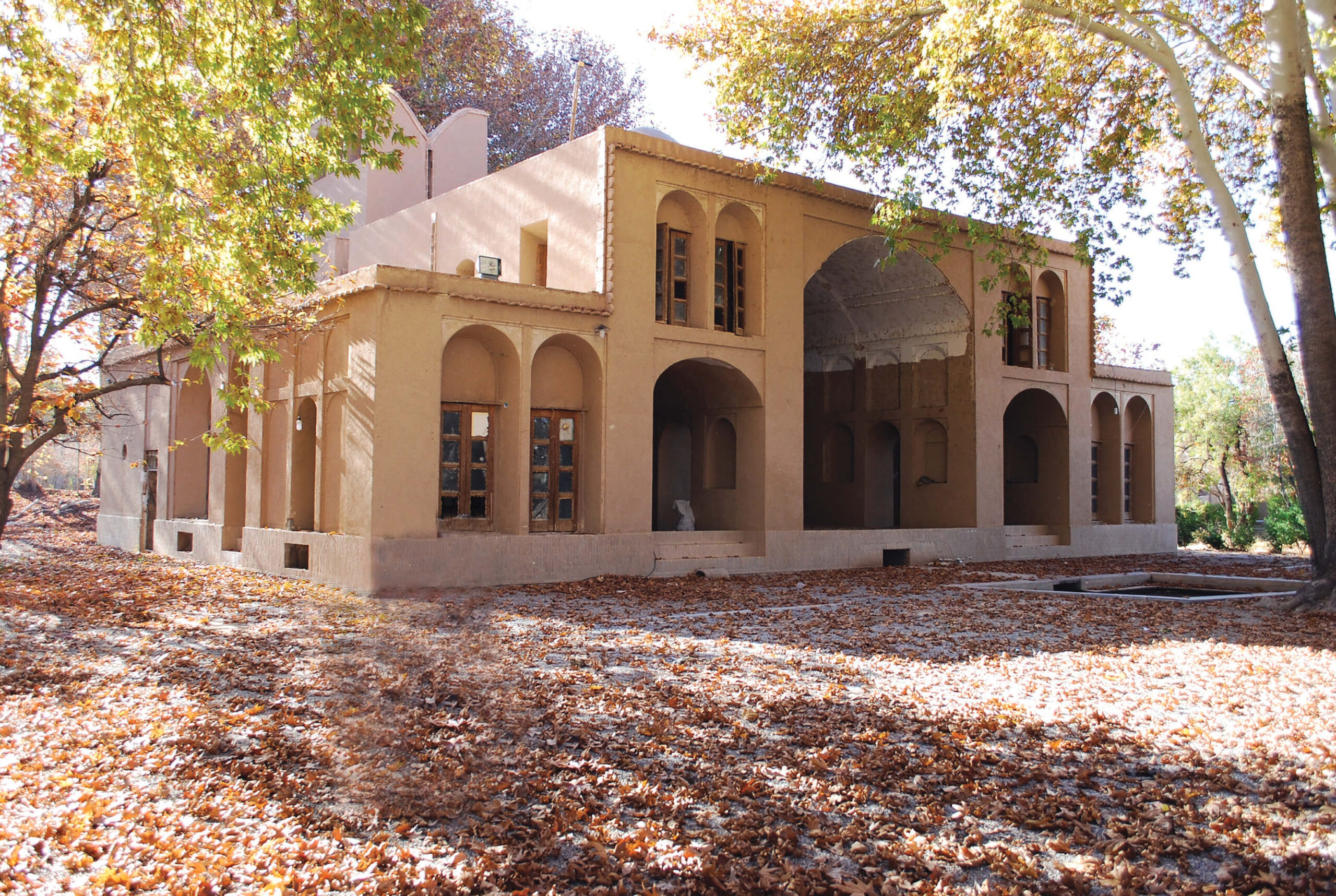 One of the 999 caravansaries constructed at the order of Shah Abbas I, during Safavid era, is Zein-O-Din located on the Silk Road. It is also one of only two caravansaries which is circular and fortunately breathes today (the other one is near Esfahan, mostly ruined). Nowadays, Zein-O-Din has restored into an inn where you can experience a unique taste of a caravan trader’s night on the Silk Road.

It is highly suggested to observe the sky as today the caravasarai is located outside the town and you will see an extraordinarily clear starry sky. You can taste Persian cuisine in the inn, as well. Although Zein-O-Din is extremely spectacular, other caravansaries in Mehriz including Shah Abbas, Shams, the New and the Old are really worth visiting. 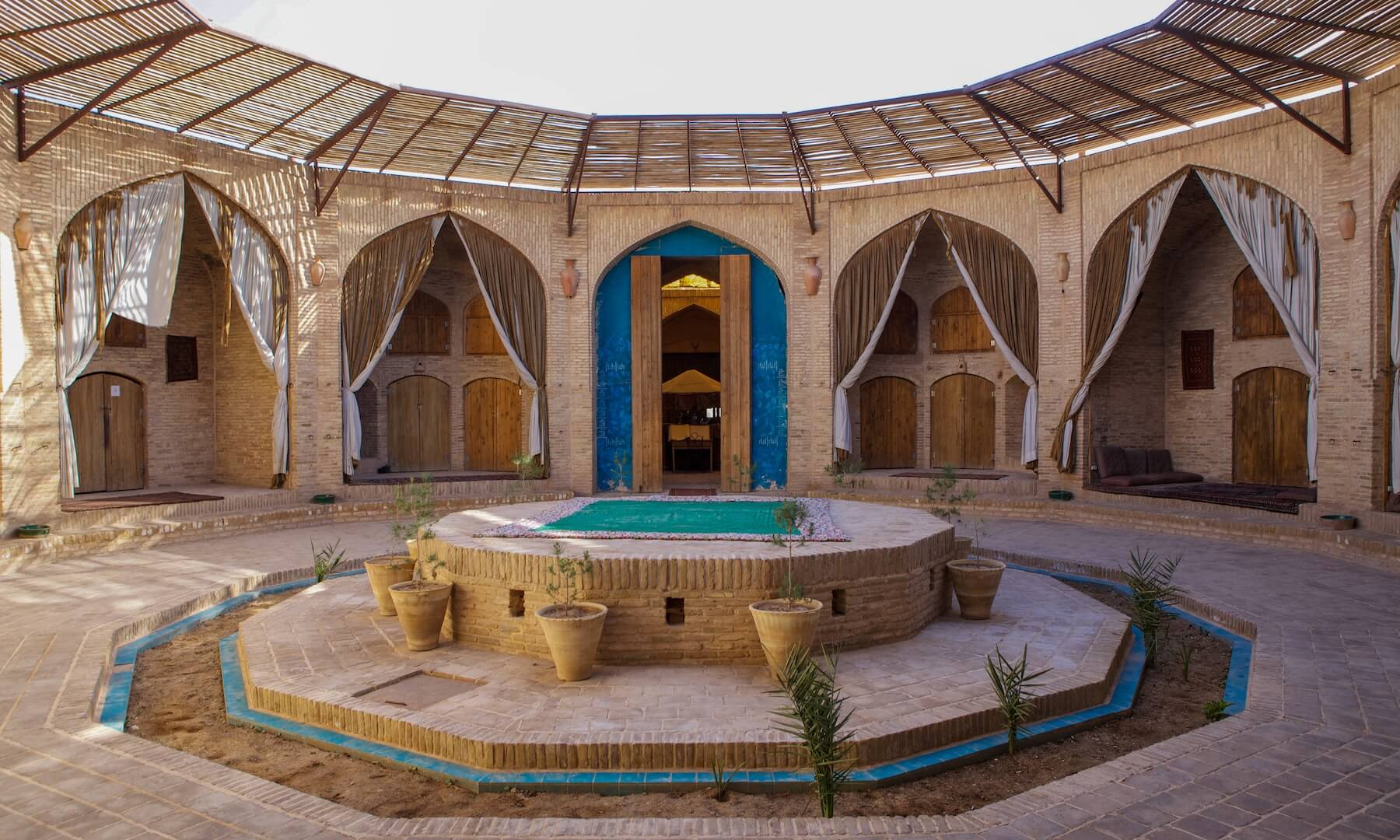 Mehriz calls the city of historical castles in a way for it includes some historical castles either in the town itself or the villages around. One of the most significant castles in Mehriz is Mehrpadin. Some believe belongs to Safavid era, however others have taken a guess on earlier periods. Interestingly, Mehrpadin used to have a similar role to the Trojan Horse meaning.  It served neither as the palace to royal family nor as a defensive castle. But, rather a safe place for all the people of the town to take a shelter in, at the times of danger. The castle protected by a deep trench all around the building.

Meaning “head of Yazd”, Saryazd is an ancient village of high historical significance near Mehriz in Yazd Province. It is famous for its two recently restored Old and New caravansaries and more importantly its Sassanid fortress. It is estimated that the old caravansary dates back to the periods before Sassanid while the new one was constructed during Safavid era.

the passage of time among the other castles in Mehriz has not been too much affected. Interestingly, this one was not functioning as militant; instead it was a safe place for saving crops or villagers’ jewelries at the time of danger. This fortress  protected by a deep trench as its first defensive layer.

Yazd Province has embraced several Zoroastrian shrines including Chak Cahk, Herisht and Khatoon Banoo, to name a few. Pire Naraki is located in Mehriz and belongs to the Zoroastrians of the region. Moreover, they get together to have congregational pray. It has been holding a festival for Zoroastrians from all over the world every year in August. Nowadays, it is one of the tourist destinations in Iran. Also, it includes an architecturally traditional hostel made from mud brick by the Zoroastrians for pilgrims. Furthermore, you will enjoy the mild climate as well as the beautiful nature of the place.

Strangely enough, there is a natural attraction in such a dry and desert province. They could amaze you with the green trees, fresh air and spontaneous water spring. Gharbalbiz is one of the mountainous attractions near Mehriz. It has also a specific plant species applied in medical ways in addition to the waterfall and the natural spring. The form of the spring is unique somehow, meaning that its texture is porous and the water flows from different spots under the rocks. This also justifies the name of the place in Persian.

As a productive area, Mehriz provides the travelers with variant souvenirs. Different cities in Iran grow pomegranates which have been exporting to other countries. However, the largest pomegranate garden locate there and therefore it is highly suggest to taste pomegranates in Mehriz. Maybe, join in pomegranate festival if you travel to Iran during autumn. There, you can enjoy testing pomegranate as well as its variant products.

Pistachio is another souvenir, you interest in buying in Mehriz. After Kerman which has one of the highest quality of pistachios in the world, Mehriz is another source for these delicious fresh nuts.

Almond trees start blossoming in the winter which could also consider as a good season to travel to Iran. As a desert city, Mehriz will get spectacular with the almond blossoms in the cold season. Not only can you enjoy the beauty, but you also might want to taste almonds in Mehriz.

But souvenirs do not only include food stuffs. Many small villages and towns in Iran are handicraft experts and Mehriz is not an exception, too. Hand-woven Persian carpets that are the symbol of art, culture and beauty could be found there, too. Each town, village or nomadic tribes in Iran who weave Persian carpets have their own way in this art. They usually tell a story in the design of the carpet. Also they follow their specific patterns of native plants and flowers. It is possible to watch carpet weaving in small workshops in Mehriz, too.

All in all, Mehriz is a “don’t miss” destination in Iran. It is where you enjoy the desert and its characteristics as well as green and fertile nature.