Kashan is one of the historical cities of Iran which is one of the most important cities of Isfahan province and is located among the mountains of Iran’s central Karkas and Desert. The city is about 1600 meters above sea level and its distance from Tehran is 250 kilometers. Following, read about Kashan House. Also, this city is a place that is poorer in terms of vegetation, where shrubs and bushes are more or less woven. Also, tourists who travel to this city often seek to visit the historic houses of Kashan, but of course there are many of them. 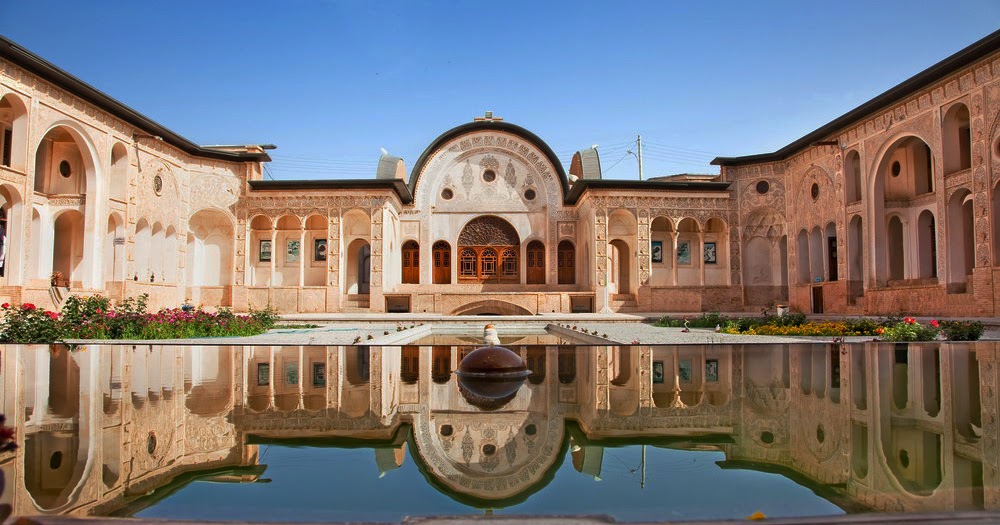 The most famous Historical Houses in Kashan are certainly Tabatabie house, with a unique architecture that attracts many tourists. The old mansion is as old as 186 years old, and includes three interior, exterior and crew specialties. Each of these buildings is decorating with luxurious and unique appearance. 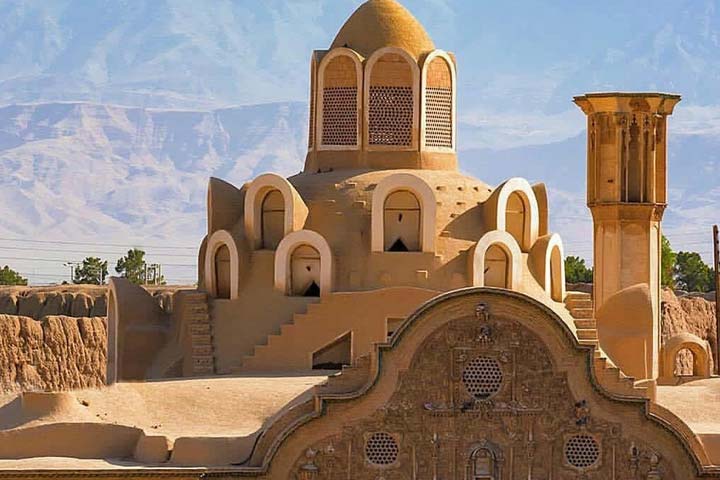 Another historic house suggested in Kashan is sure to visit Borujerdiha house. This mansion dates back to the Qajar era and dates back to 130 years. The architecture of this building is famous as one of the architectural masterpieces of Kashan and is very similar to the Tabatabie house.

However, it is interesting to note that this similarity is due to the fact that the son of Mr. Boroujerdi, who loved the daughter of Mr. Tabatabaie, had sued him and the condition of Mr. Tabatabie it was to build a mansion similar to his own house for his daughter.

Undoubtedly, the most important, most beautiful and masterpiece of Iranian architecture is this house of Boroujerdi. Also, the story of its creation is a love story.  In addition, in the design and construction of these buildings, famous and famous artists and architects such as Kamal Al-Molk, Ali Maryami Kashani, Sania Al-Molk, etc. were involved. Also, leaving a memory that cannot be found. Many arts are in the construction of this house and it took eighteen years to build it.

Among other Historical Houses in Kashan, Ameri House is one of the most beautiful and largest historical buildings in Kashan, is also mentioned. However, this mansion is currently a 5-star guesthouse catering for many tourists, dating back to Zandieh era. Anyway, the mansion has nearly 80 rooms and 7 yards, and its interesting point is that this house has the highest winding among all the historic houses of Kashan. Regarding the architecture of the historic Ameri houses in Kashan, it should be said that Iranian architecture has been used. Both the outer and inner parts are decorated with very beautiful bedding and detailed inlays and other Iranian decorations.

Currently, this building is visited by many domestic and foreign tourists. It is also extremely popular among other historic homes.  But due to the passage of time and the wear and tear that has occurred in it, parts of it are currently being repaired and rebuilt. The Cultural Heritage Office has said that after the renovations are completed, the historic house will be redeveloped. This house is supposed to become a residence for domestic and foreign tourists. 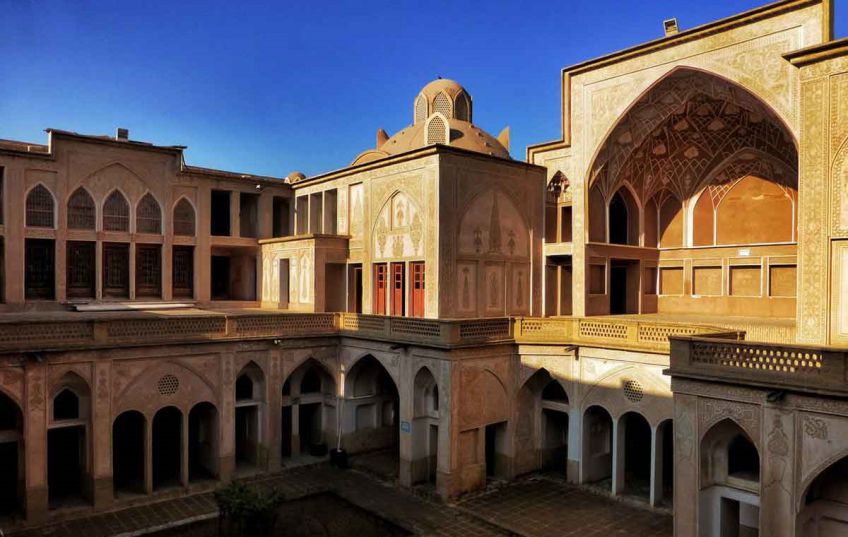 Sharifian House dating back over 210 years old is another historic building of Kashan. However, the house is a combination of three space collections, two of its most important collections in two levels, on the northern and southern fronts of the courtyard. 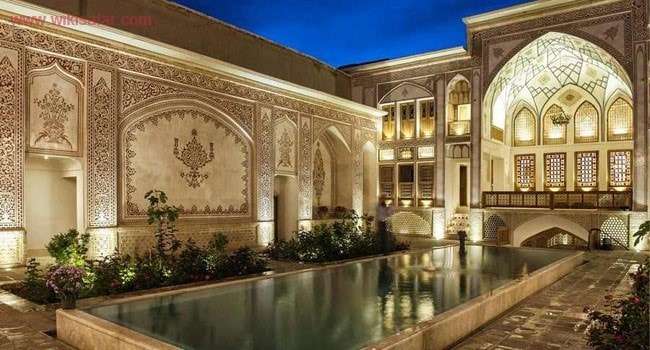 Manochehri House is one of the Historical Houses in Kashan, which has now become a beautiful traditional residence and dates back to 400 years ago. This monument can be considered one of the architectural masterpieces of Iran located in the Historical Houses in Kashan. On the top floor of this mansion is a gallery that welcomes artists from that area.

Beautiful one, Raisin House is located and dates back to the Qajar period. However, the unique mansion, which is one of Historical Houses in Kashan that has two independent and outer courtyards, each representing both internal and external sections. The houses are in both courtyards in four sides and formed in three floors around them. 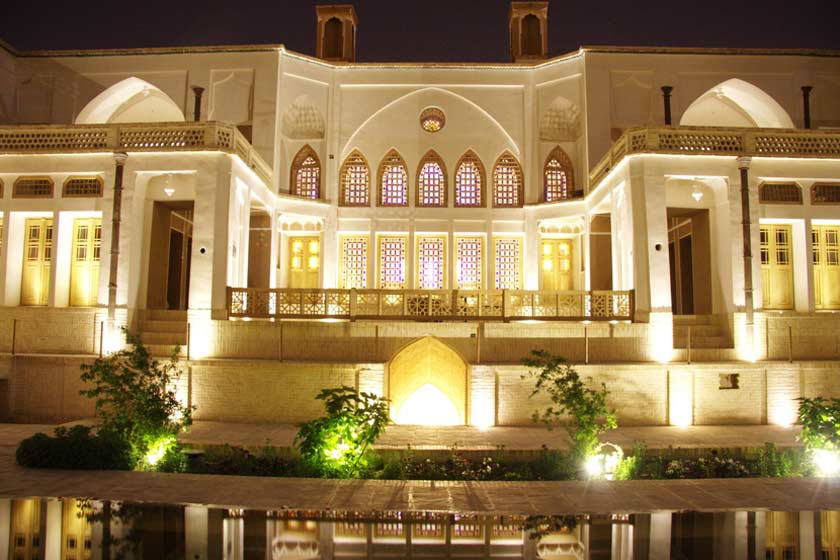 Ehsan House is a Historical Houses in Kashan related to the Qajar period and dates back to 100 years ago. This monument is located on Fazel Naraqi Street and Alley of Culture, and in 2005 it was able to enter the national register. It should be note that at present, with the change of user, this house has become a traditional residence of Iranian and foreign tourists.

The city of Kashan is relatively small and its historic buildings are very small. Also, another Historical Houses in Kashan is the Razaghian House. However, this house is located on the site of Torbat and dates back to the Qajar era. 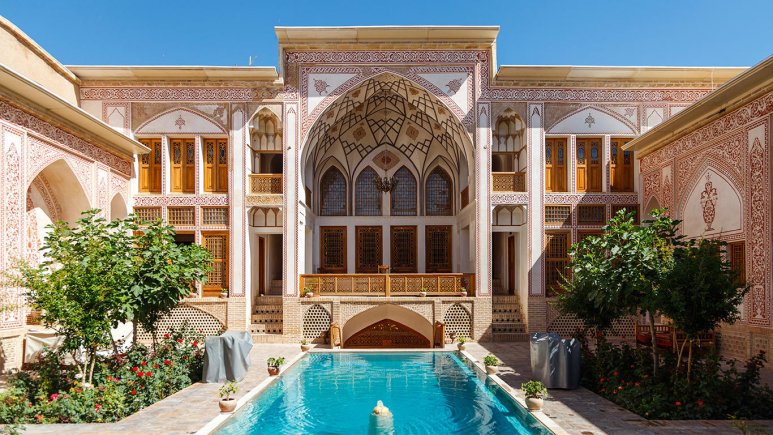 Amazing one, Raheb House is one of the most famous Historical Houses in Kashan dating back to the Qajar period and Pahlavi. Furthermore, the main part of this house consists of two mirages, a shah, a vestibule of entrances, a summer yard, a winter owl and a windbreak, and now it is considered as a traditional guesthouse with good accommodation facilities.

However, Hosseini and Bani Kazemi House is another Historical Houses in Kashan which is  is based on the existing evidence of the early construction of the Qajar era, including houses with outer and inner courtyards. 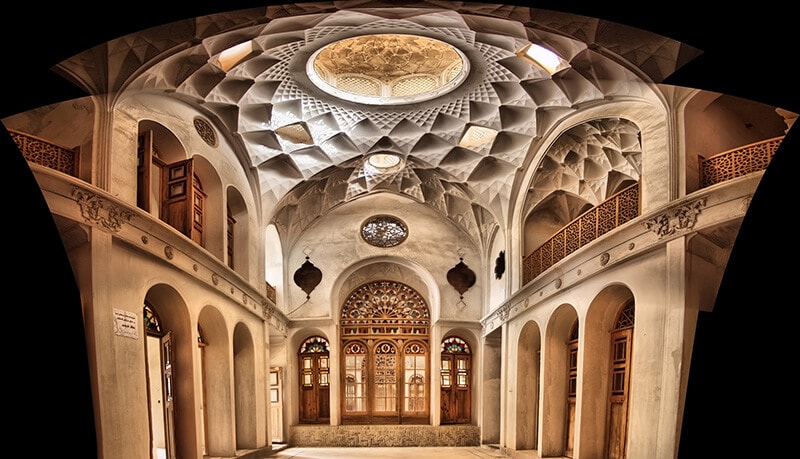 Iran Destination is a well-known Iran Tour Operator which makes you the best travel to Iran. So before you travel to Iran, make sure you visit our Iran Tour Packages. Please feel free to contact us regarding any issue. Our Iran Travel Agency is ready to help you by any means.