Karim Khan Citadel or The Arg of Karim Khan or is a citadel located in the northeast of Shiraz. Besides, it  built as part of a complex during the Zand dynasty and named after Karim Khan. In addition, it served as his living quarters. Moreover, in shape it resembles a medieval fortress. At times, the citadel was used as a prison. 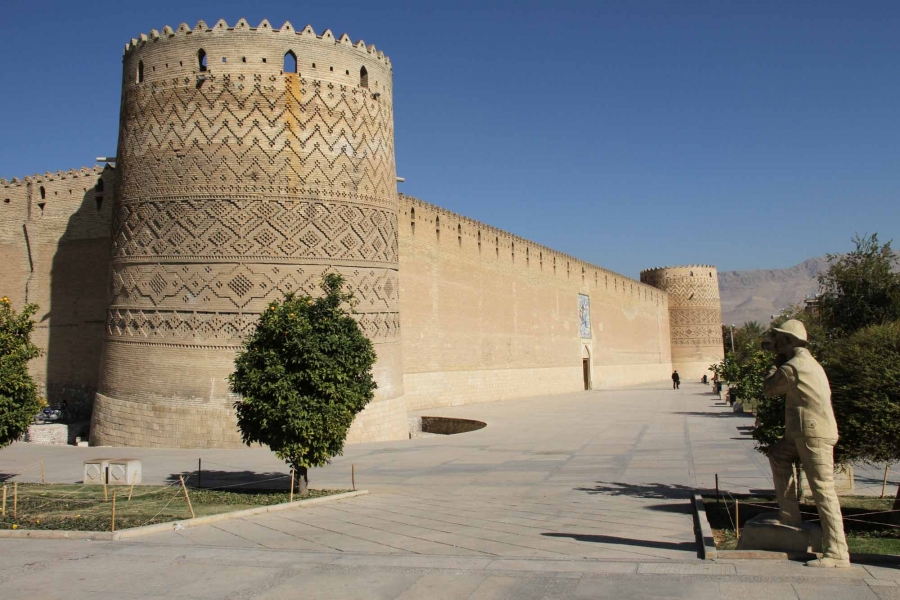 The Citadel located at city center of Shiraz. Besides, it has a land area of  more than 4,000 square meters and is in the center of a 12,800 square meter compound. Also, the citadel of Karim Khan consists of four high walls connected by four 14 meter round brick towers. 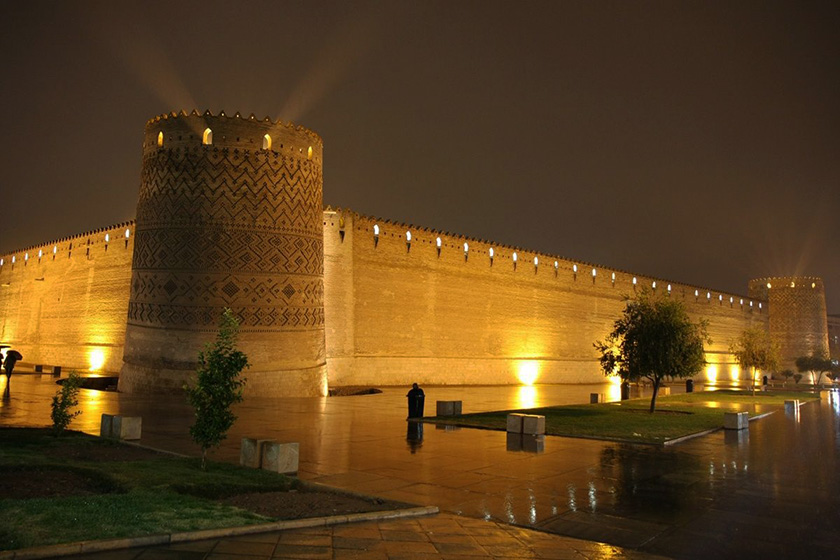 However, The design of the Citadel combines military and residential architecture, for it was the home of Karim Khan and the military center of the dynasty in Shiraz.

Arg of Karim Khan was built in 1766. Karim Khan invited the best architects and artists of the time and bought the best materials from other cities and abroad for the construction of the  Citadel, which was quickly constructed. 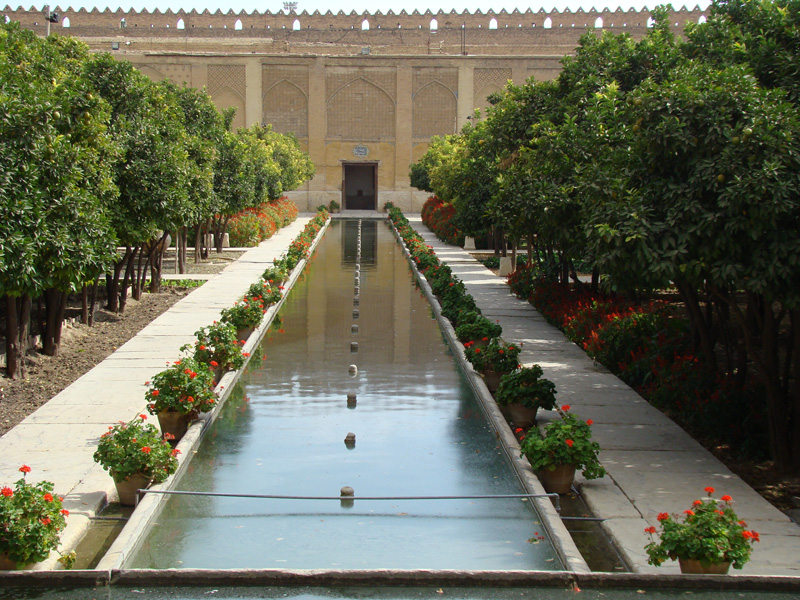 During the Zand dynasty, however, Karim Khan Citadel  used by the king as living quarters. During the Qajar period it was used as the governor’s seat. Tile works depicting legendary tales were added at the entrance gate of the citadel during the Qajar dynasty.

Furthermore, after the fall of the Qajar Dynasty Citadel converted into a prison and the paintings  plastered over. Besides, the tall and unique surrounding walls provided security and at its top and at intervals are guard posts. In addition, to a flat surface for guards to position themselves, they also include storage space for weapons.

In the residential interior section, the north, south and west wings of the Karim Khan Citadel each have a porch and six residential quarters. The eastern wing consists of a bath and other facilities. The main entrance is actually on this eastern side and above it is a drawing of a scene from the battle of Rostam and the White Demon.

In addition, once inside the main entrance one is welcomed by a long pool followed by an outdoor roofed porch supported by two poles. Besides, the courtyard is filled with citrus trees. Moreover, the Citadel has a tea room, itself housed within a bathhouse. Many of the rooms display photographs of Shiraz during the 19th and 20th centuries.