The security of a country for every tourist is the criterion for traveling to it. Also, whether Iran is safe for tourist or not. Stay with us to learn more about this. While the color of neighboring countries such as Turkey, Saudi Arabia and Russia is slightly darker than Iran’s, it means that security in these countries is “moderate”. Besides, of course, parts of it, especially in the western and eastern borders, have turned orange, indicating the “average” level of security risk in these sectors.

In addition, the region of Sistan and Baluchestan is completely red on this map. Besides, the color ology of this map describes the situation in Iran: crime and violence rates are low, terrorist operations limited and in some areas rare. So, security and emergency services have effective, and infrastructure is somewhat healthy.

Moreover, undoubtedly, Iran and seeing its beautiful tourist areas is one of the tourist choices. Besides, Iran has the most prominent Islamic architecture in the world. Also, Iranians are the most hospitable people that any tourist may have met. Furthermore, Iran is one of the safest countries in the Middle East and the world for tourists.  Moreover, this article has the guidance to have a brief and, of course, useful analysis that tells a number of reasons why Iran is safe. 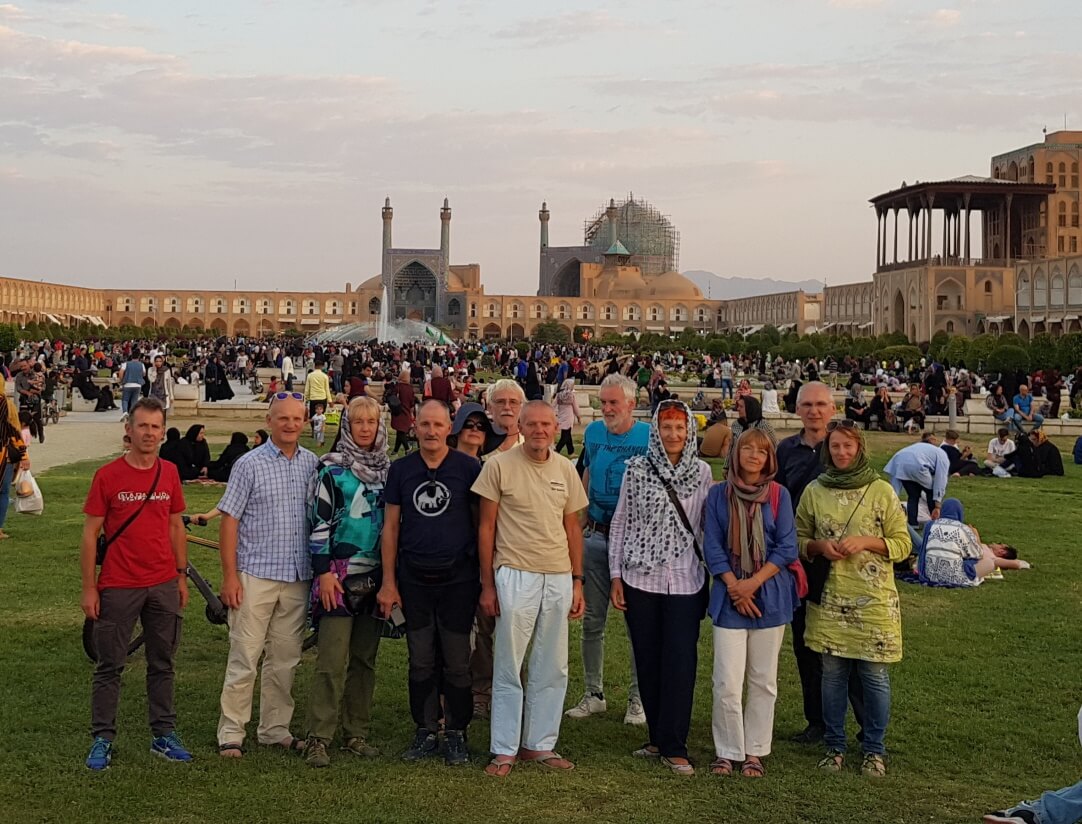 Is Iran safe to Travel?

Iran is amazing, on the one hand, it is a large and vast country and has various places ranging from the sea to the desert, from mountains to islands, from churches to mosques it has. Besides, it is truly a lifetime to see them! Also, Iranians, on the other hand, are great, hospitable, educated, kind people who are very inclined to have a brief chat with foreigners. Furthermore, during your trip to Iran, these warm and real interactions are one of the reasons why we can say that Iran is a reliable destination. Moreover, you can get this sense of confidence in their warm relationships.

In 2013, about 5 million foreigners traveled to Iran, and since then, the country’s popularity has grown increasingly. Also, it’s meaning the numbers may have doubled or even tripled so far, according to Wikipedia and official sources. Besides, this comes after western media, especially Americans, have identified the country as the worst, most dangerous and repressive country!

In addition, today, historical cities of Iran such as Shiraz, Isfahan or Yazd are full of tourist groups. Also, even independent travelers who use souvenirs and beautiful hotels and its luxury boutiques can again be said to be a reason to feel safe in it.

Travel to Iran despite the hegemony of western media

If anyone thinks Iran is a dangerous country, the main reason is the media. Also, for decades, American newspapers and media have painted a completely biased picture of Iran to the world. Besides, of course, Europe had taken the same approach, which has already softened this position a little bit. Moreover, in some of its reports and analysis, Iran is represented as a country with amazing tourist attractions. Furthermore, this has led many tourists to choose Iran as a safe destination for themselves.

Iran’s degree of security for tourists

The International Sos International Risk Assessment Institute measured the tourist hazards of the world’s countries in 2020 in terms of four risk parameters, including “tourism security,” “health of tourist destinations,” “road safety and tourist traffic”, as well as “risk of natural disasters (earthquakes).” Besides, according to ISNA surveys, at the end of each year, the International SOS Institute publishes a “travel risk map” to better understand the risks of the countries in which they operate and travel.

In addition, this ranking shows the medical and health risks of each country, travel security risk and an overview of the risks at the destination. Besides, the map reported “low-risk” travel to it, and the security situation in Iran is as low-risk as in the United Kingdom, France, Sweden, Oman, the United Arab Emirates, Uzbekistan, China, the United States and Canada. Furthermore, this situation marked in yellow on the map.

As for the terrorist attacks that occurred in Iran in 2017 that have killed several Iranians, it should be said that this was an unpleasant thing. In fact, terrorist attacks like this have happened in Europe as well. Also, if you know the news of the world, shooting is almost normal in the United States! Nevertheless, it can conclude that such a terrorist attack in it may not be a coincidence to falter in choosing a travel destination!

Is the possibility of being arrested in Iran serious?

Another reason foreign travelers are hesitant to travel to Iran is the possibility of arresting them for any reason and may face serious problems. Besides, it is possible for a foreigner to be arrested in Iran. Also, this happens when a passenger performs an act outside the law, for example arresting passengers who flew drones over military facilities and arrested. So, it’s better to be smart and law-abiding on your trip to Iran!

Finally, it should be said that each country has its own rules and laws, and every foreigner entering the country must act according to the principles and rules of that country in order to be safe. Many tourists traveled and experienced good endowments and returned to their home country with Cole Barry from pictures and videos and sent new travelers to the vast land of Iran.