Iran Museum, Iran is the cradle of world history and civilization. This sentence is probably very stereotypical and repetitive. But stereotypes are not necessarily far from reality. The fact is that Iran is a paradise of historians and historians. in addition, This fact has caused many museums in our country.

There is no doubt that many of the best museums in Iran are based in Tehran. If you are a lover of the museum and watching history and art, you should put Tehran museums on your list. The best museums in Tehran will be briefly introduced:

consequently, The Museum of Archaeology and Islamic art was built in 1376. Many of the historical treasures of Islamic Art of the post-Islamic kingdom of Iran are located in this museum.

The cost of entry tickets to the museum: for Iranian visitors 10,000 USD and for foreign visitors 100,000 USD. 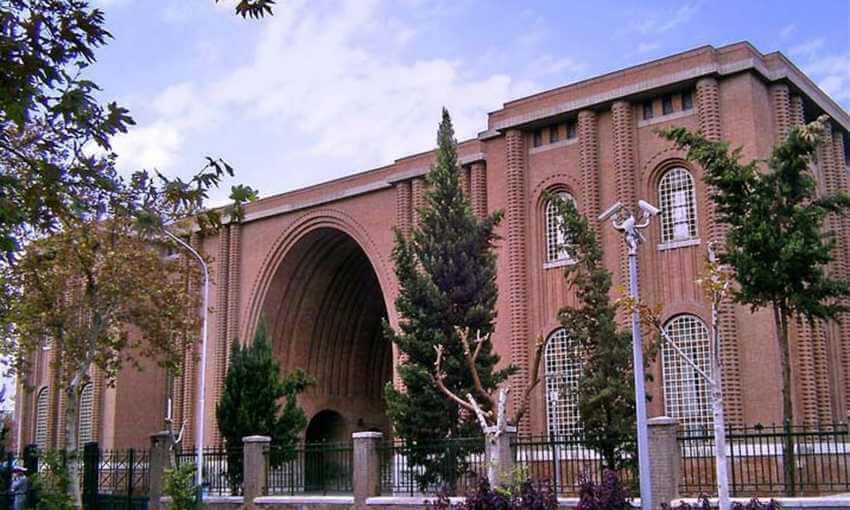 The most famous royal palace of Iran is Golestan Palace. The main cause of this reputation is the use of a large number of Iranian Kings from this collection as the center of the monarchy. The Sultan’s Palace dates back to the Shah Abbas Safavid period. Of course, the main building of the Golestan Palace, which was used in the Safavid period, there is nothing left and dating back to the Karim Khan Zand period.

consequently, After choosing Tehran as the capital of Iran, Golestan Palace became more important. Therefore, It considered as the center of governance until the end of the Qajar period. You can watch all the objects that existed in the Qajar period in this palace in the Golestan complex. An important part of the major events have occurred in Iran’s history. It has been going on at the Golestan Palace. Apart from the historical significance, this collection has showcased the most unique Iranian arts. 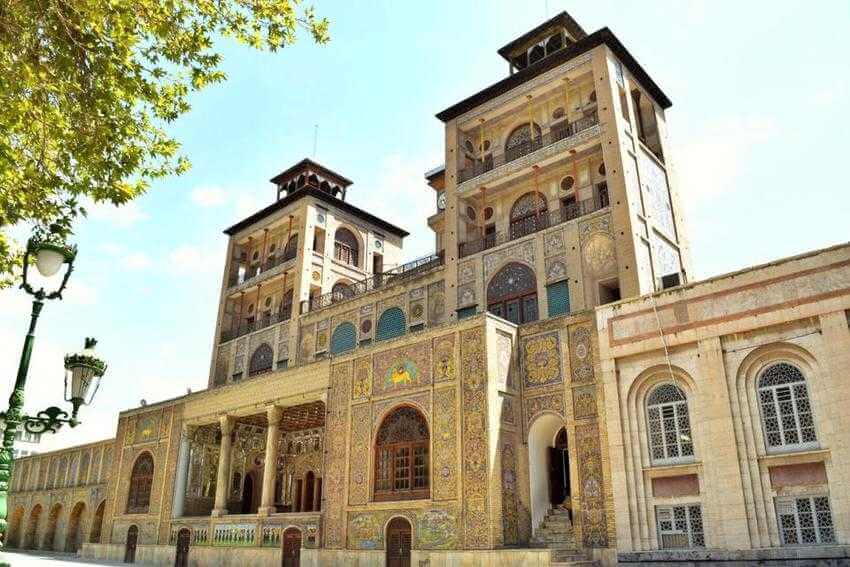 It is not possible to speak of the palace of the Golestan Museum. However, the name of the palace of Saadabad as one of the best museums in Iran. Sa’d-Abad, in fact, countryside Qajar Kings, with the coming of Pahlavi the first. in addition, the large buildings around it were built in the time of Pahlavi II, was the official place as the King’s life was chosen.

That is to say, Various buildings are located in the palace of SA’adabad, each of which has Treasures of history and contemporary art to the public. Sa’adabad Palace has a total of 15 independent monuments. Also, each ones today has become a museum in the museum’s palace complex.

That is to say, Jewelry is one of those objects that attracts everyone to themselves. The composition of craft and nature is an attractive composition that no one can resist. Since we Iranians interest, strange to jewelry, so the interest in the royal family have seen it. Moreover, Treasures, a rich and compelling of jewelry at the disposal of the central bank is located. certainly, These treasures, called National Jewelry, exposed in limited hours of the day. And, if you hurry, you can have a chance to watch this magnificent collection.

Meanwhile, It is interesting to know that until today none of the experts and researchers have been able to estimate the true value of the jewelry of the treasury of the central bank. certainly, The most famous member of this charming treasure is the pink diamond of the light sea.

Of course, this museum has a collection of Iranian artists. The financial value of the works in the Museum of contemporary art is to reach five to ten billion dollars.

Address: the Museum of contemporary art is located on the north side of Laleh Park on Kargar Street.

Above all, Ticket price of Museum of Contemporary Art: 5000 tomans per Iranian and for non-Iranian visitors 15000 tomans

subsequently, Museums are not always the way we imagine. They narrate a form of event for visitors. It is one of the common memories of several generations.  However, One of these museums is the garden of the Holy Defense Museum, which built in Razi abbasabad.

consequently, The Museum of Holy Defense has embedded every famous and important element. It existed in the eight-year war between Iran and Iraq. The museum composed of several sections. certainly, It except the butterfly Hall, the rest of the sections are more narrative. However, The interesting parts of the Museum of holy defense can reconstruct parts of Khorramshahr, including the Jame Mosque, noted.