Iran holidays tend to center around the Muslim religion, with most celebrating a holiday or event. Festivals vary greatly by region due to Iran’s multi-ethnic make-up. Visitors should note that when watching or participating in any religious event, conservative dress is a must and women may want to cover their heads. Ask your tour guide or hotel what customs need to be followed so as not to offend anyone.

Iran is a vast country with beautiful customs. Travel to Iran will be easy  if you know about this tourism destination. visit Iran with the best Iran tourism packages 2021 and Iran tours, let you experiences unique palaces, Iran hotels, Iran UNESCO sites and so on.

Taking place in February every year, the Ashoura Festival celebrates the martyrdom of Husayn in Ali, grandson of Muhammad. This is a time for Shi’a Muslims to show their devotion. The event include self-mutilation and flagellation, such as cutting parts of the body, which are viewed as barbaric by some.

The palm tree, or the huge wooden structure erected by the desert cities of Iran to hold the Ashura ceremony. It is in fact a symbol of the burial of the holy body of Imam Hussein (AS). During Muharram, the palm is covered with black cloth from head to toe. This palm has decorations such as swords, mirrors, fruits, various scales, decorative tassels, colored silk handkerchiefs that are tied on both sides of the palm.

In the first decade of Muharram or in the last decade of zero. The palm is moved like a ship by mourning people and rotates three times around the palm square and then slowly returns to its nest. Palm picking ceremonies in many cities of Yazd province are dedicated to Ashura day and are accompanied by breastfeeding, fasting and offering vows every year. 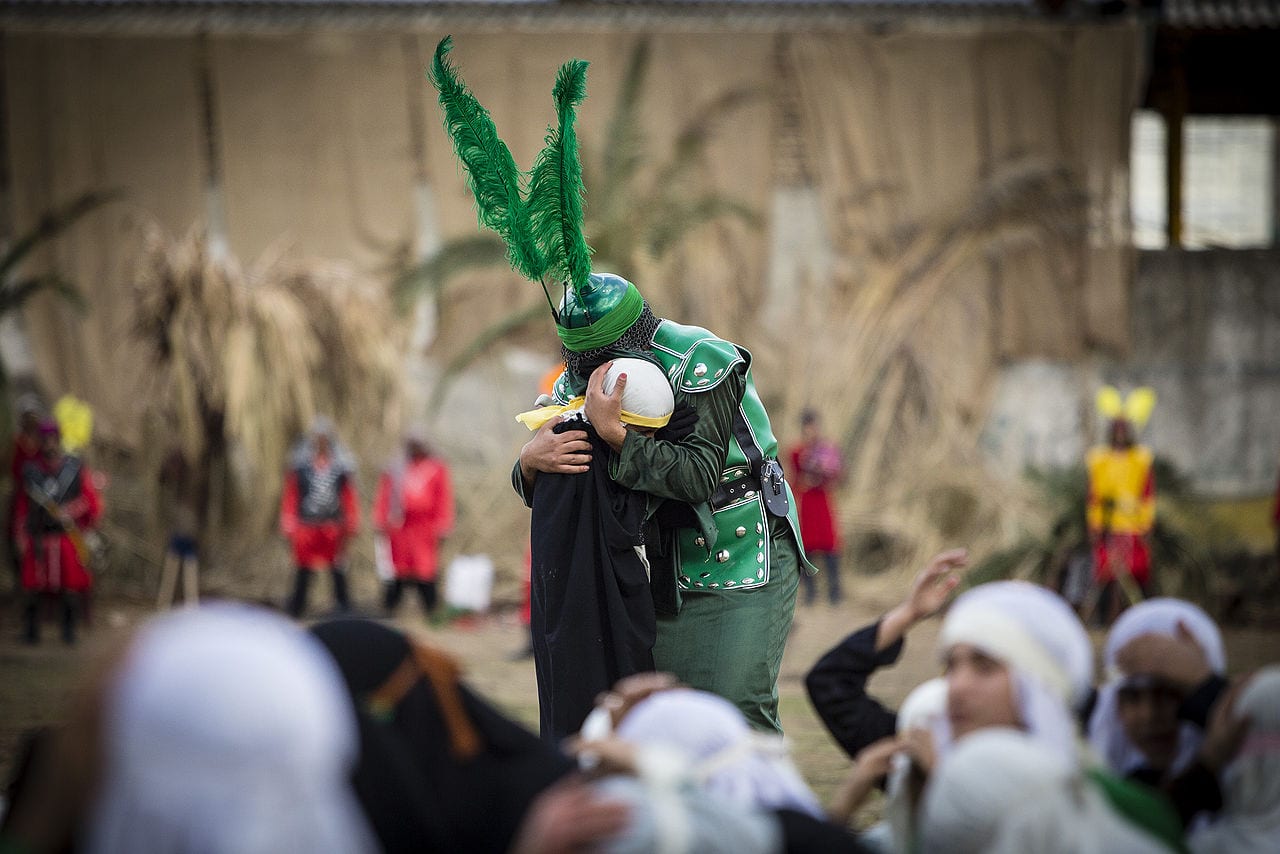 An important day for Muslims in February or March is remembered for when the Prophet Muhammad ascended to heaven. It is one of the most significant days on the Islamic calendar and celebrated with night prayers and illuminated buildings.

Qadr night call one of the nights of Ramadan. For “Qadr” several meanings have been mentioned which can be the name of the night of Qadr, among which the first meaning is the most appropriate and famous.

Nowruz is a word in Middle Persian and has its roots in the Avestan language. In today’s language, the word is interpreted in two ways: Common Nowruz: The day when the new year begins and is known as the day of spring equinox (equality of night and day).

According to the existing legends, Nowruz originated in the time of Jamshid, the fourth pre-Islamic king of Iran. In Avesta, one of the oldest books of ancient Iran, a person named Jamshid mention who had the power of Farah Izadi. Jamshid begins to confront the devil by the order of Ahura Mazda; Because the devil had caused a lot of damage at that time, including famine and drought.

After Jamshid defeats the devil, joy and blessing return to the land of Iran and the drought disappears. The people later named this day “Nowruz” or “New Day” and immortalized this ancient celebration by planting barley in the pan.

Famous poets and writers such as Abolghasem Ferdowsi, Abu Rihan Biruni and Tabari also consider Jamshid as the main founder of Nowruz.

According to another narration in the Shahnameh, on his way to Azerbaijan, Jamshid ordered a glorious throne and crown to be prepared for him. With the sun shining on this glittering crown, the world becomes all over the light, and because of the joy of the people, “Nowruz” is create.

Nowruz, the celebration of Iranian New Year, starts on March 20 and consider the most important holiday in Iran. Festivities take place over 12 days and usually involve the cleaning of homes, the giving alms and the visiting of relatives. There are regional variations, with the Kurds celebrating using fire.

This Iranian festival takes place every two years and attracts leading puppeteers from all over the world to Tehran. Dating back to 1989, participants have included acts from Germany, Canada, Austria, and England. Although event dates vary, it usually takes place in June.

The Tehran Book Fair is one of the leading publishing events in the region. It takes place annually in May or June and attracts roughly five million visitors. And thousands of domestic and international publishers. It is one of the pre-eminent book events in the Middle East and Asia. And usually takes place on the Grand Prayer Grounds in Tehran, a special venue for visitors to pick up rare and out-of-print literature.

The Tehran International Short Film Festival has been taking place every year in October or November since 1983. It is a wonderful opportunity to see contemporary Iranian artistic talent. Movies screen at various venues in Tehran, usually in the Mellat Cinema Complex.

Yalda night was one of the most important nights in ancient Iran, which of course is still present. If we want to tell you about the importance of Yalda night and from what date it includ in the official calendar of Iranians. Its story will be long and long. But it seems that this ancient celebration existed in the official Iranian calendar since the time of Darius I.

Nightclubs and celebrations that held on this night in different parts of Iran. Iran are an ancient tradition that has not diminished in importance over the years. But has a special place and importance among Iranians. Yalda night customs are different in Iran and held in slightly different ways.

Celebrated on the longest night of year which generally falls somewhere in the middle of December, this festival marks the defeat of evil. Iranians will eat melon, which is thought to ward off illness and visitors will find many restaurants serving dishes that involve the fruit. 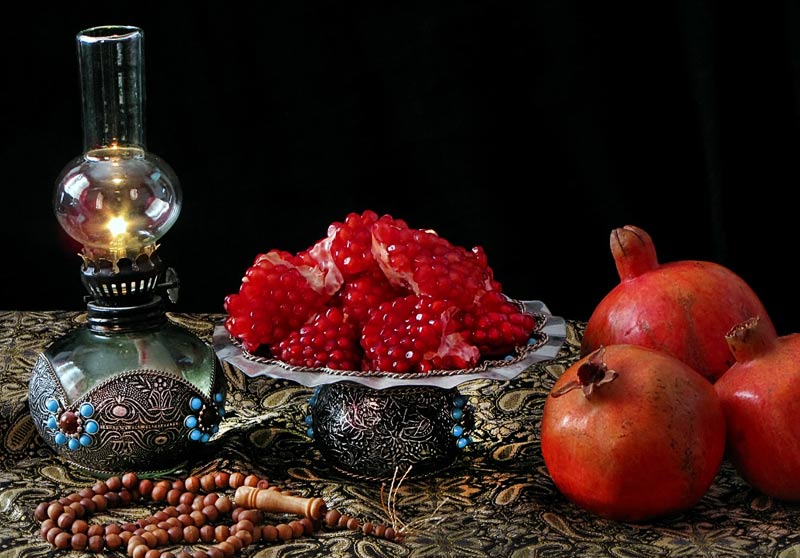 Taking place annually on the last Wednesday of December. The Festival of Fire sees bonfires sprouting up in various public areas and parks. People jump over the burning cinders and shout, “Give me your red color and take back sickly pallor,” which is a purification ritual. Many Iranians believe their ancestors’ spirits visit during the last few days of the year.