The Imam Mosque of Isfahan is one of the most important buildings of the Safavid era, which previously known as the Shah Mosque, the New Sultani Mosque, and the Abbasid Jame. Also, it is one of the architectural, tiling and woodworking masterpieces of the 11th century AH. Besides, shaping traditions, ideals, rituals and religious concepts, maps, large elements of buildings and decorations make this mosque one of the largest buildings in the world.

Moreover, according to the inscription of the mosaic tile in the third line of Alireza Abbasi, the main entrance constructed on 1025/1616. Besides, according to the inscription of Mohammad Reza Emami the completion of the internal building of the mosque continued until 1040/1630/1630. Also, the installation of its marbles around 1047/1637, it ended during the time of Shah Safi. 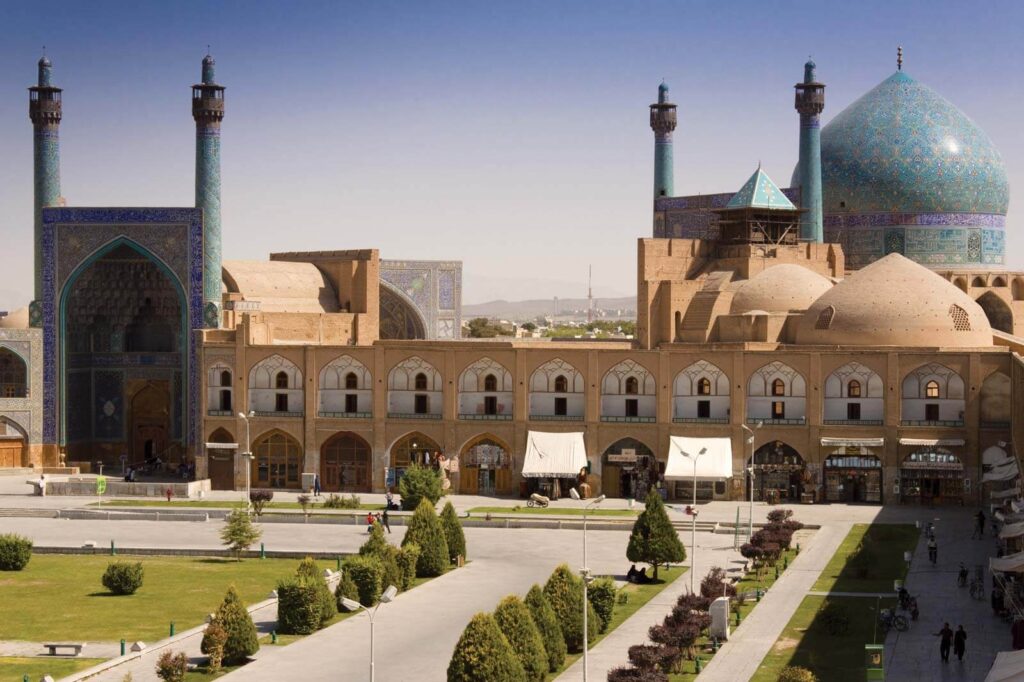 Inscriptions of the Mosque

In the silver-clad entrance of the mosque with decorative roles and Persian poems, composed by “Wahb”, written by Nasta’liq Embossed (probably by ‘Abd al-Rashid Al-Daylami, known as Rashida). Also, it is one of the works of the Shah Safi period, which completed and installed in 1046/1636.

Furthermore, the inscription of the head in the mosque in the third line of Alireza Abbasi. Also, it dated 1025 indicates that Shah Abbas built the mosque from his pure property. Besides, it donated its rewards to the spirit of his great grandfather, Shah Tahmasp.

Moreover, in the third line of Mohammad Reza Emami, another inscription has installed whereby the architectural and engineering authority of the architect of the Shah Mosque, Professor Ali Akbar Esfahani. So, the supervisor of moheb Ali Beikollah building has honored. In addition, Roy is the entrance to the mosque, three bullets allegedly fired during the war with Afghan Ashraf or the war with the Russians.

The Imam Mosque of Isfahan is the culmination of the architectural transformation of mosques in Iran. Also, its plan based on the 4-porch mosques common in Iran. Besides, its masonry and architectural forms are essentially following the examples of the past (including the Jame Mosque of Isfahan). Furthermore, it is a prime example of the measures taken by architects in new compositions derived from the ancient traditions of Iranian architecture.

Moreover, one of the innovations of this building is the annexation of two schools of Nasseri and Sulaymaniyah on the southeastern and southwestern fronts to the courtyard of the mosque. Also, each in a rectangular form with arches around the scenes. Besides, smaller porches parallel to the mosque’s nave. In addition, despite the magnitude and expanse of the building’s surface and height. Furthermore, the complexity of the building, the proportion of the building’s components precisely observed. So, the symmetry has maintained at the highest level.

The interior of the main dome of the Imam Mosque, the least sound reflected in such a way that it heard everywhere in the courtyard. Also, one of the special features of this mosque is its dome. Besides, the dome designed about 400 years ago in such a way that it reflects below. Furthermore, close to its center, even the lowest sound with high resolution and intensity.

In addition, this feature of the mosque dome in the past due to the lack of audio devices. Also, it has used a lot for adhan and speeches. Besides, this feature is unique and not seen in other ancient monuments of Iran. Furthermore, it reflects the high knowledge of the builders and architects of this dome of physical and mathematical issues related to sound echoes.

Moreover, in order to resolve the disharmony of these two axes, the mosque’s designers have placed a Morbi corridor between its entrance and the northern porch. Besides, in practice, the mosque’s axis circulation after entering the building does not affect the viewer himself. Also, the person entering the mosque finds himself facing the front without realizing his 45 degree circulation. 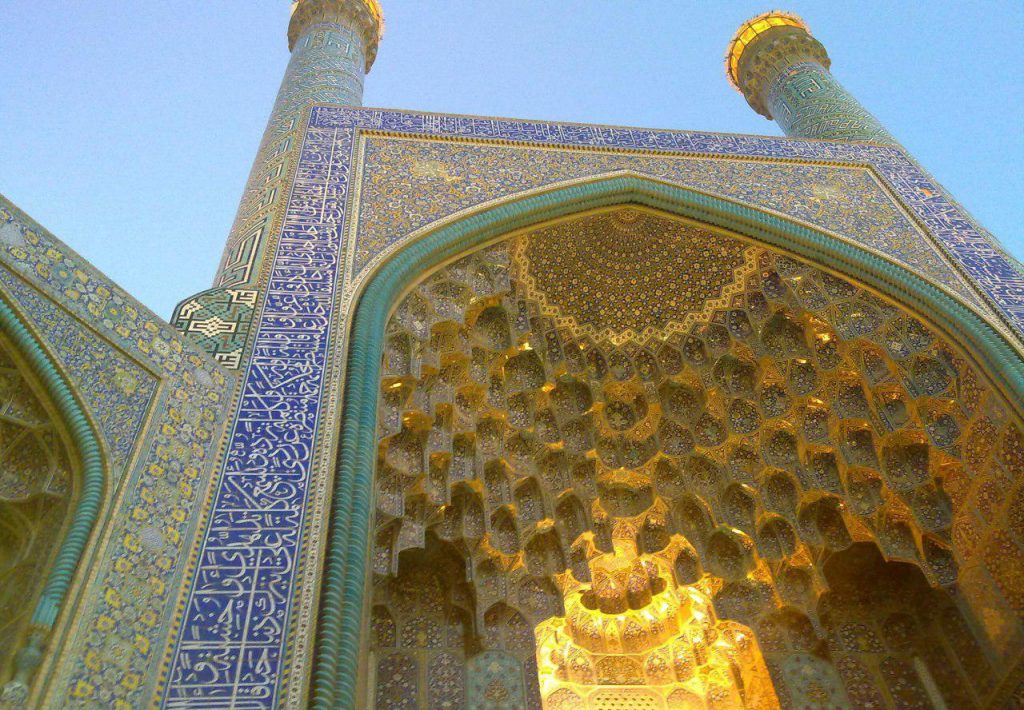 The grandeur and grandeur of the mosque a located on the south side of the square, the dome of the Imam Mosque in Isfahan indicates its great importance. Besides, Robert McCzesny’s research reveals that the projection of Caesarea, Naghsh-e Jahan Square. Also, its surrounding shops aimed at transferring the city’s commercial axis.

Moreover, it officially choose to the capital in the spring of 1006/1598. So, from the old Square neighborhood and the old bazaar to the new center, and ultimately monopolized the major economic foundations of Isfahan. Furthermore, totally Iran Safavi into the monopoly of the state apparatus and Shah Abbas.

In addition, in order to compete with the old square, which essentially indebted to the Grand Mosque of Isfahan. Also, it dates back at least to the Seljuk period, the construction of a huge mosque was necessary to attract the congregation to Naghsh-e Jahan Square. Besides, by building a grand mosque on the southern front of the square, people would naturally crossed.

The foundation of the mosque eventually began on 23 Safar 1020 and according to the commnion of the building. Also, a marble quart site discovered near Isfahan (Ardestan).Besides, they used high-quality stones to building the mosque.

In addition, in an inscription written by Mohammad Reza Emami located under the main inscription of the head in the mosque. Besides, moheb ali beyk laleh included as the royal biotate officer and musharraf bana. Moreover, Professor Ali Akbar Esfahani as architect and engineer.