Hormuz Island is one of the parts of Qeshm city in Hormozgan province. Most tourists who travel to Hormoz Island make a visit to Hormuz Island as part of their itinerary to Qeshm island. Hormoz, in addition to its red soil, is famous because it is covered with golden, silver and white sands and soils. So, when we walk around the island, the soil around us changes color every few hundred meters. As the number of tourists increases, more and more people are gradually attracted to the tourism industry.

What should we know about Hormuz island?

Hormoz Island is located in the east of Qeshm Island and in the south of Bandar Abbas. The island is geologically a salt dome. In a large part of it you can see crystal salt as well as volcanic sediments caused by geological activities. The island of Hormuz is also famous as the paradise of geologists. Because a variety of soils with different colors that are the product of different geological events can be found on the island. In addition, the island of Hormuz has a special and exceptional position in the Persian Gulf. For this reason, it has been highly regarded both commercially and strategically. The colonial presence of the Portuguese and then the British on this island is also due to the strategic importance of the island of Hormuz. 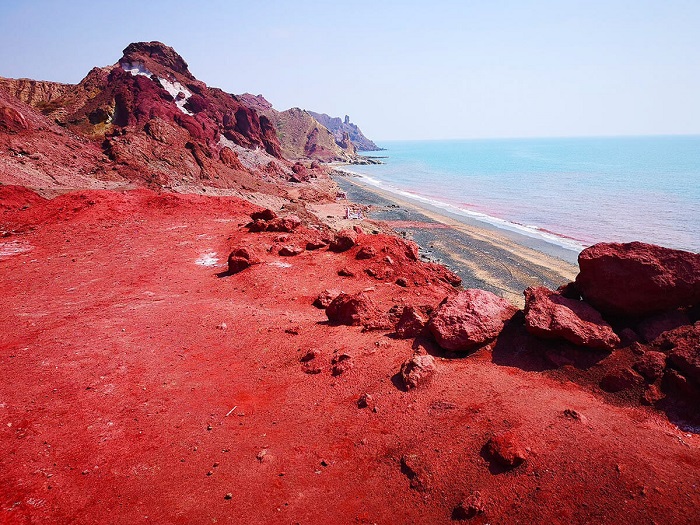 Hormoz was originally a port at the mouth of the Minab River to the Persian Gulf. With the Mongol invasion, the people of Hormuz migrated to the present island and gradually built and developed this city. Hormuz was later occupied by the Portuguese. The Portuguese, the first european colonizers, occupied Hormuz for nearly a century. During the reign of Shah Abbas, he ordered Imam Qoli Khan to liberate southern Iran from the Portuguese. After the victory of Imam Qoli Khan, Bandar Gambron renamed to Bandar Abbas.

The Red Beach, also known as Goli Beach, is famous for its red soil. The red soil of Hormoz Island, which is due to minerals and iron oxide. This soil is used for food and the people of the island prepare a kind of edible sauce called “Souraq” and use it in their local food. This beach has an amazing environment. Not only because of red soils of this beach, but it also turns red where the sea water meets the shore. 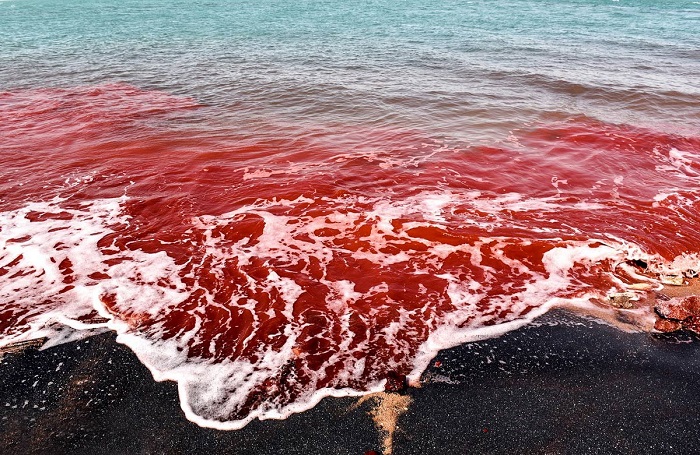 An important part of Hormuz Island is its salt dome. The island is home to a variety of crystal salts and table salt. The area known as the Goddess of Salt is where you can see a mountain range made of salt crystals. Walls of salt crystal cover both sides of the passage.

Due to chemical interactions, Hormuz Island has soils of different colors that have been formed due to different chemical reactions. In the rainbow valley you can see a diverse range of soils that have formed mountains in a sedimentary process. Lime, white color, copper, green color, iron, red color, as well as different elements and compounds, have created different colors. 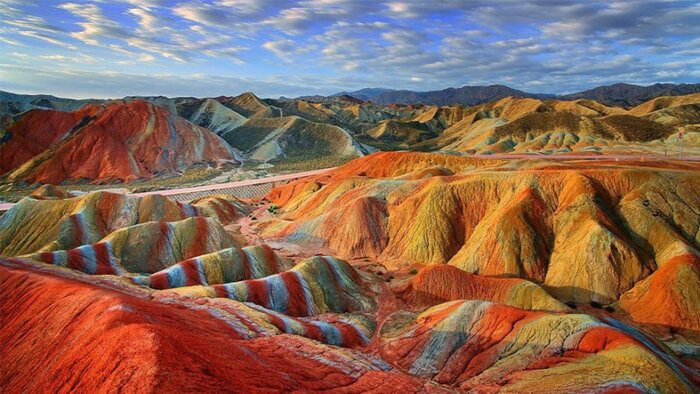 Why should we travel to Hormuz Island?

It has unique landscapes and pristine and different nature. Its azure and clear beaches have provided a variety of water and sea recreation. It also allows you to dive in the waters of the Persian Gulf. Also, a trip to this island will acquaint you with the lifestyle, customs, clothes and local food in the south of Iran.

Food and delicacies of Hormuz

In local cafes and restaurants of Hormoz, you will experience different flavors; Flavors not found in any seafood restaurant. When you see the food menu, be sure to ask the locals for guidance. Because some of these foods are very spicy. They may also contain substances that you do not like very much. It is better to try the seafood of this island. Because seafood is one of the freshest and best products of this island.

Customs of the people of Hormoz

Nativity reading is a ceremony that begins after Isha prayer in mosques and continues until late at night. Some of the times of performing this ceremony are: the birth of the Prophet on the 12th of Rabi al-Awal for the Sunnis, Eid al-Fitr on the first of Shawwal, Eid al-Adha on the 10th of Dhihjah and …

If you are a Nowruz traveler and you are lucky, you may also hear the sound of local music coming out of local instruments. This music is beautiful and heartwarming and takes you to another world.

Where can we stay in Hormuz island?

There is no news about a multi-star hotel in Hormuz. If you are strict about health or you do not sleep except in a comfortable place with adequate amenities, it may be better not to stay on the island at night. It is better to return to Qeshm or Bandar Abbas. But if you are looking for new and different experiences, do not miss Hormuz night. To stay on this island, you have the following options: Ecotourism resorts, Hostels, Local houses and camping on the beaches of the island.  Iran travel agency, Iran Destination, will organize your trip to Iran. You can offer your tailor-made trip to Iran or visit our programs on the Iran tour page. You can contact to our Iranian travel agency, our agents are online to answer all your questions.