Hormoz Island called the small island of the Persian Gulf.  Also, the island is a place full of different colors with water with a completely different culture as if you were entering another planet. Besides, it can say that  Island is an island of colors and wonders that has thrown out of the heart of the sea.

In addition, the island has many sights from colored soils to exotic architecture. Also, each corner of which has an amazing story to hear and a design to see. Besides, it is interesting to know that the soil of Hormoz can see in 70 colors. Moreover, the edible soil of Hormoz Island is one of the wonders of the island. Everything you need to know about it stated in this article. 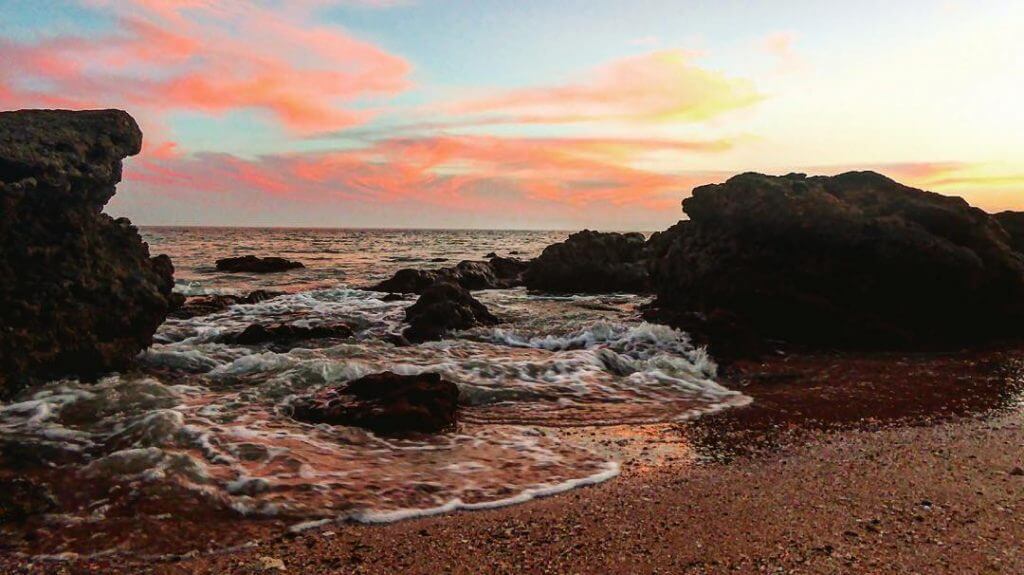 By the 14th century CE, the island’s population of 7,000 called Laron. Also, Hormoz known as a commercial city along the Minab River. Besides, it is interesting to know that when the Mongols attacked Iran, it was a city at the mouth of the Minab River 700 years ago.

Moreover, after the Mongol invasion, the 15th Emir displaced by many people in the city, who first moved to Kish Island later to Laron.  Also, from there, people first migrated to Qeshm and then to Bandar Abbas. Besides, they then set up a small town called Hormoz.

In addition, at first, it called Hermos or Khormoz, but over time its name changed to Hormoz. Also, Hormoz quickly became a commercial center, with many immigrants migrating from Hormozgan and even India and Africa. Besides, the island then occupied by the Portuguese. Furthermore, it has an area of 42 km2.

In additional, this is the situation that has made Qeshm Hormoz Island important throughout history, in terms of geographical and commercial location. Besides, colorful mountains, rocks formed over millions of years of earth erosion, magnificent salty rocks and most beautifully, red soil, these are the spectacular attractions of it.

So, for traveling, especially in the cold seasons of the year, can be the best choice for an enjoyable and dreamy journey. Also, if you plan to travel from Bandar Abbas tothe Island, the best route is to get on the boats of Qeshm. Then , from Qeshm, take the special passenger lounges of it, which travels to it twice a day.

You can dare say that if you travel to the Island once, you will still go there. Also, because it located in the Persian Gulf and latitudes near the estva. Besides, autumn and winter are the best seasons to travel to Hormoz because it has a spring and pleasant air. So, along with the pleasure of the region’s landmarks, you can enjoy the air.  Moreover, experience a trip to Hormoz Island.

In addition, be sure that if you choose December, January or February to travel to Hormoz Island. Also, it is so springy weather that the sea will draw you to itself and in a unique air you can relax yourself in the waves of the Persian Gulf. 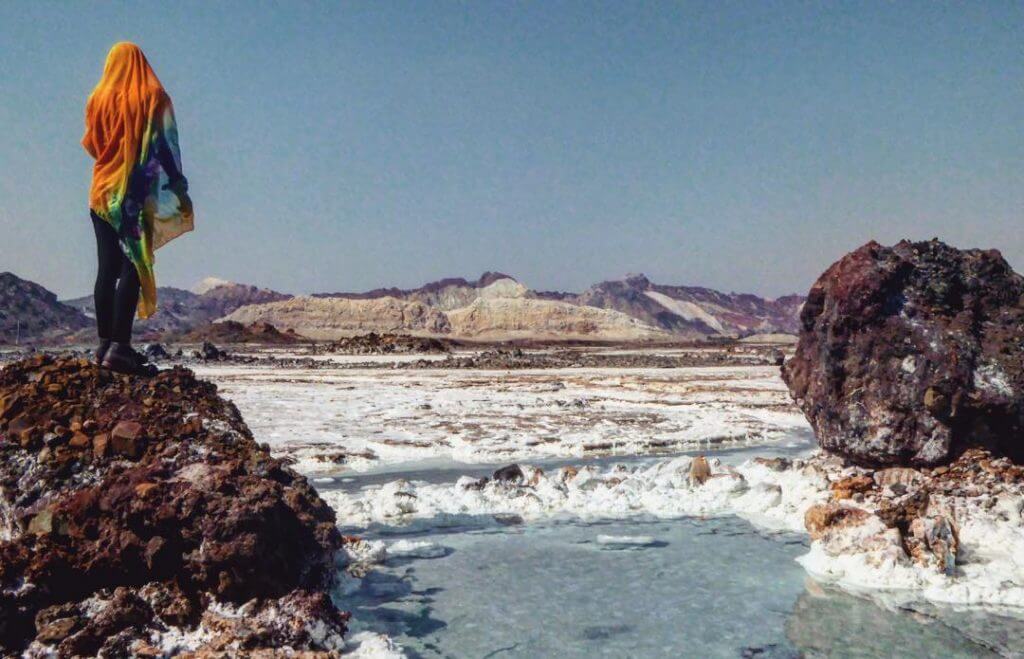 At the entrance to the Portuguese castle is the coastal market of Hormoz Island. Also, it was where women on the island sell their handicrafts, with beautiful needles, women’s masks and paintings on glass. Besides, the Handicrafts Market is one of the sights of it.

Hormoz is a small island in Qeshm city. So, many travelers who want to travel to Qeshm, visit it on a one-day. Also, they are putting the trip to it in their program, which of course has exacerbated the lack of accommodation and reception places.

In addition, the charms of this small island of 5.5 kilometers are so much that many tourists prefer to stay in the local house of Hormoz Island or temporary tents to spend longer time on it. Besides, the distance from Island to Qeshm is so low that it is almost possible to see the island from the same coast of Qeshm.

Furthermore, Hormoz Island is very remarkable due to its diversity of beaches. Also, it is a collection of sandy beaches with different colors that provide a soft and comfortable platform for swimming enthusiasts and water sports, and besides, it is not free of rocky beaches. 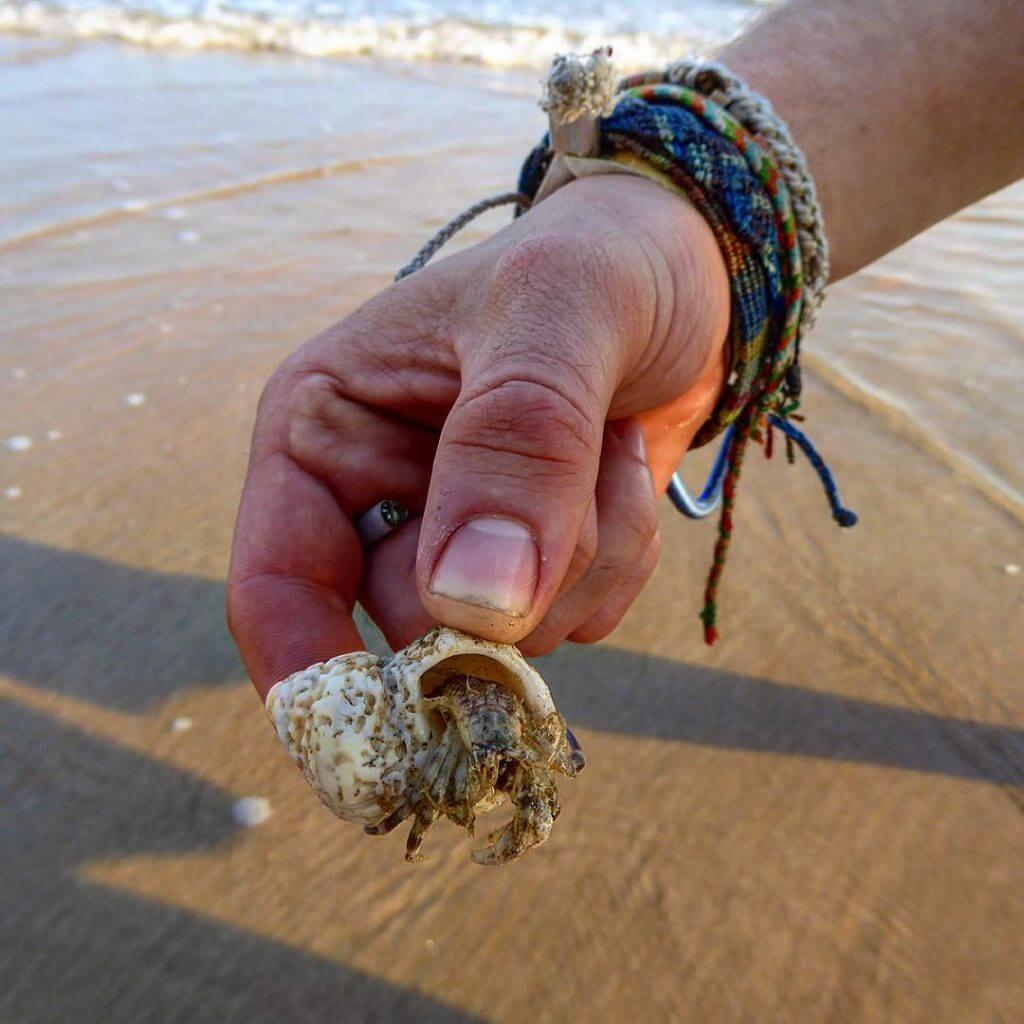 Red soil mine is one of the sights of Hormoz Island. Also, on Hormoz Island, you will have the opportunity to visit edible red soil. Besides, more than 70 other colored minerals that have no samples anywhere in the world. Furthermore, it is true that the world knows it to its red soil, but red soil is not all you can find in Hormoz.

Mangrove forest is another sight of Hormoz Island. Also, this marine forest that dates back millions of years composed of plants that live in the tidal area. Besides, a large part of them located under seawater and their roots feed on seawater.

Tourist and recreational attraction of the world’s largest earth carpet

The world’s most earthy carpet is painted on the tone of one of the coasts of Hormoz Island, with the colorful soil of the island! The carpet was painted with designs and symbols from local legends, fishing boats and animals such as turtles and deer, using 18 different colors, by mr. Mehdi Darvishi’s team of artists and with the help of locals. Every year, March 18th, along with this carpet, a magnificent ceremony is held on the occasion of Nowruz.

The museum holds the hands of women and men on the island. Dr. Nadalian’s interest and respect for the culture and history of Hormoz Island and the importance of introducing handicrafts of the people of the region have been among the reasons for setting up this museum. In this colorful museum, there are documents of Dr. Nadalian’s life, his artworks and joint art projects they have had with indigenous women on the island.

Other sights include salt cave. Also, another attraction of Hormoz Island is Namakdan Cave in Qeshm. Besides, Qeshm Salt Cave is the longest salt cave in the world and in the heart of the Persian Gulf. In addition, this cave located 90 kilometers away from Qeshm city, in the southwestern part of the gonbad-shaped mountain island with an altitude of 237 meters above sea level. Moreover, the salt caves of Qeshm Island are one of the most beautiful manifestations of the beautiful and dreamy nature of Iran. 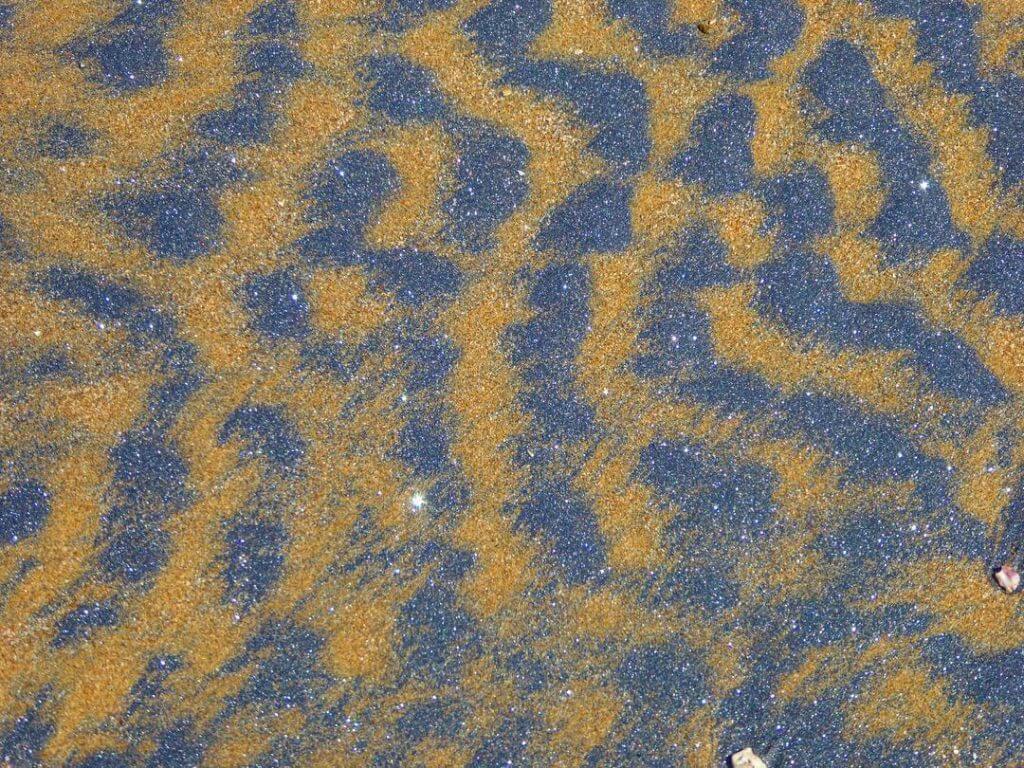 On the island of Hormoz, a few hundred meters from the beach. Also, there are stones in different shapes on the way where silver sand attracts attention. Besides, each of these amazing stones ikened to an animal with the power of the viewers’ imagination. Moreover, one is the head of the sheep, the other a chicken and a rooster. So, that you want dragon-like stones to be pictured in different modes.

In addition, from the shape of the rocks, it can find that during the thousands of years that Hormoz Island has gradually emerged from the water, the erosion process has eroded on them. Besides, on the way from Rainbow Valley to Valley, you’ll see sculptures that are different from all the other mountains next to them.

One of the most colorful attractions designed in Hormoz Island .Also, it can be say to be one of the most beautiful sights of it is the name of hormoz colored carpet. Besides, Hormoz colored carpet is a combination of 18 different colors that have been able to include 10 cultural symbols of the city. Moreover, artists in the past years have used the soil of this region to prepare a colored carpet, which attracted many travelers to the area.

In addition, the most important characteristic of Hormoz Island is the color of the coastal and the soils and salt valleys on it. Also, in the second half of the year, artists draw Hormoz earth carpets on the ground using the colored soils of Island. Moreover, you can enjoy the eye-catching beauty of the island by traveling to Island.

750 meters from the harbor of Hormoz Island is the famous Portuguese castle. Also, the Portuguese fortress on the island is perhaps the largest colonial stronghold built in the history of the Land of Pars.

In addition, rusty balls and grandeur of the building have preserved the special beauty of the Portuguese castle. Besides, from the harbor that you walk along the coastline, you will get to the walls of the Portuguese castle. In addition, if you turn around the walls of the castle counterclockwise, you will get two rusty cannons of war. Moreover, the entrance threshold with a low arch, which located right on the cape of the island.

Iran tourism is very attractive for tourists from different parts of the world. These trips are held in the form of the 10 best Iran tours & trips 2022 to several destinations in one region. Also, sometimes tours from the north to the south of Iran. Iran tours are very attractive due to the conditions of the event. If you are planning to visit Iran, be sure to participate in these tours. Of course, Nowruz tours in Iran are much more diverse. Also, you can take full advantage of the Nowruz holiday for Iran tours.