Hafez the Great Iranian Poet, Khajeh Shams al-Din Mohammad, Hafez Shirazi, is one of the most popular poets of Iran on earth, whose works have reached prominence not only in Iran but throughout the world. The subject of Hafez’s poems is very diverse and his poems are used in traditional Iranian music, visual arts and calligraphy.

Irandestination tries to introduce Hafez for Iran tourism in our best tourist packages  to visit Iran. We provide the best Iran services such as Shiraz hotel, Iran visa, Iran tour and etc. 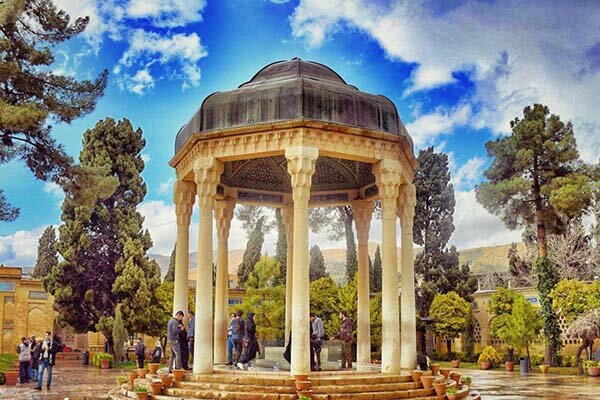 This part of the culture and art moistened take a look at the biography of Hafiz beginning of the revolution. Shams al-Din Mohammad was Khwaja Hafiz and famous to tell Lesan al Qeyb of the most famous poets in the history of Iran, the land that is in about the year 726, and engagement. He was born in Shiraz. The main reputation of Hafez and his immortal Dynamics is due to his lyrics and very beautiful lyrics.

His father’s name was Hafez Baha Al-Din, who migrated from Isfahan to Shiraz during the reign of Atabakan Fars. Shams al-Din went to school and school from childhood to learn sciences with scholars and Fazlay his hometown.

He adolescence on all the sciences, religious, and literary mastery is found and the Koran to the prophet, and in the twenties to life one of the celebrities of Science and literature, the land of their bodies were and for the sake of keep being Koran pen name Hafez Columbia. Amir fighting al-Din founder of the al-Mozaffar dynasty in 754 E.Ah overpowered Amir Isaac, but the reign of Amir mbariz al-Din did not last long and in the year 759 e.Ah, two of his sons, King Mahmud and the brave king, dismissed the father from the government. These two emirs also had great respect for Hafez.

During the period of Shah Sheikh Abu Ishaq Hafez went to court and became a demon job . Hafez, in addition to the barbarian king Abu Isaac at the court of other kings such as King Sheikh fighter al-Din, King brave, king Mansour and King Yahya has also had a way. Hafez’s livelihood was through a divan job and was not his main poet.

Hafez once married and he had only one child, who died in a young age on a semi-working trip to India along with his father . Hafiz was no longer married after his wife died.

Sheikh Hafez Shirazi worked in a bakery and brought bread to the rich area of the city. In the meantime, she became acquainted with the branch of the beautiful girl candy that enchanted her beauty and perfections . To reach Joiner Yar, he spent 40 nights in the Tomb of Baba koi and prayed . Then joined the sweetheart and married the candy branch. The result of this marriage was a child. 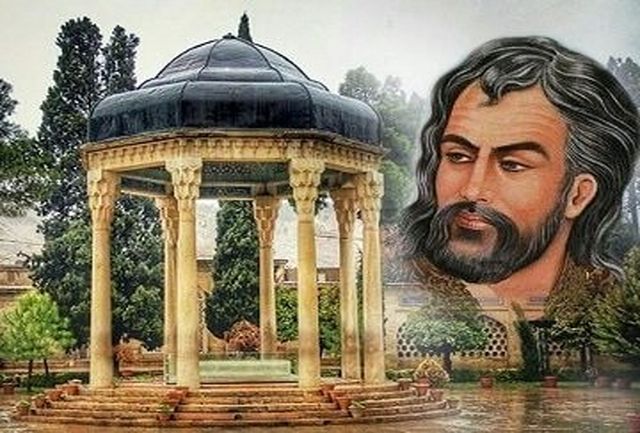 If you read in nimanak Hafez’s death in 971.Reddit or 792 Reddit has occurred and Hafez was buried in the mosall gulgash which was a beautiful and fun area . Hafez Kh tomb today is one of the major tourist attractions. Hafez spent most of his life in Shiraz and had only a short trip to Yazd and a semi-finished trip to the port of Hormuz.

Hafez’s burial time, some oppose to his burial in Muslim ways due to his poems. But others believed Hafez to be Muslim and believed. Because of the creation of two divination divination Hafez came to the court that this bit:

Step hesitate orbit of the corpse of the keeper who, although overwhelmed by sin, goes to heaven

This poem had a great influence on the silence of the ill-wishers.

Hafiz face holy unto the Iranians are to as Iranians. go to the official’s equivalent to a pilgrimage to the Tomb of Hafez know and go to his tomb with customs, religious, such as the continuation of mobile work, and next to the Tomb of Hafez, to show respect, open your feet out them.

Hafez has 500 ghazals, 42 quatrains and several ode . The average keeper per year has only 10 sonnets composed and he has composed his own court over 50 years. Hafez publish more than four hundred times in Persian and other languages in the world.

Several quatrains have also been attributed to Hafez, who, like his sonnets, do not possess great literary value, but there is no doubt in the assignment of some of them.

Hafez’s poem is very mysterious . The power of feasibility and flexibility poems so that everyone is court-keeper opens and the poem reads, ” and according to the conditions of the spirit, and the atmosphere of your harvest certain of the poem will be, etc. as keeper of that poem just for that moment her life.
In Hafez poetry, precise and elegant artistic proportions have been observed . These proportions call “Nazir observance”.
Hafez considered a particular tone to start his sonnets. These tones are sometimes epic and passionate and sometimes drifty and humorous and grieving.
In Hafez’s poetry, the language of humor has also been used and Hafez has expressed unspoken words with the help of humor.
Hafez’s poetry is ambiguity and ambiguity, Hafez’s poetry enabled him to express the untold and stay safe from the temptations of time.

The most important part of Hafez literary work are sonnets. Featured with characteristics like professional symbolism, appropriate rhythms of sadness, wit or joy with respect to the subject of poems, clever irony, enjoyable and mysterious ambiguity etc.

Hafez admires love as the only truth of universe and appreciate the whole existence as a perfect system.  It gets complete with both good and bad.

Hafez poetic style and power has also influenced the world literature. Johann Wolfgang von Goethe the great German poet who literary critics considered as one of the fourth world literature pillars has said about Hafez: My only wish is to be one of your followers.

Now the tomb of Hafez in shiraz is one of Iran tourist highlights and has many visitors.

You can visit Hafez Tomb in lots of our Iran Tour Packages. Just take a look at our article on Hafez Mausoleum and you will get more on it. Iran Destination, Iran Tour Operator, tries its best to satisfy all kinds of interests. if you have any requests, questions or suggestions, please feel free to contact our Iran Travel Agency.