Did you make your decision and chose Iran as your travel destination? Do want to travel to iran? Have you ever been in Iran? Have you ever been in Tehran and looking for Golestan palace in Tehran? What do you know about Iran destination tour one of the most famous Iran travel agency in shiraz and also Iran? This is great and you can be sure that the most exciting experiences will be waiting for you. In this article, we introduce all the requirements to travel to Iran. Also, the do’s and don’ts of traveling to Iran. Also, we answer this question: how to travel to iran. 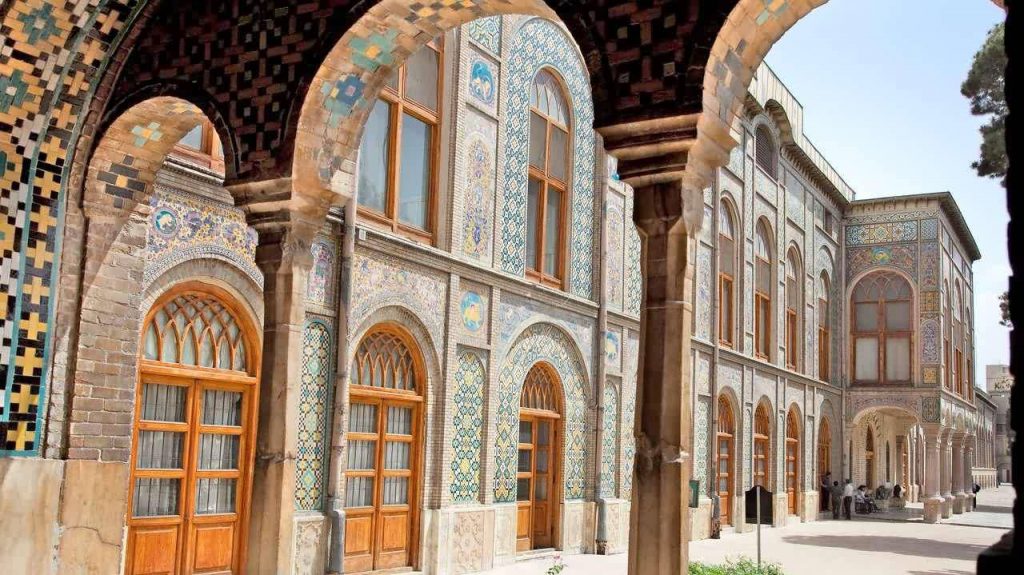 Golestan Palace is one of the world works in the UNESCO heritage list, thanks to its unique architecture and decorations, it is an ideal place for photography and recording stunningly beautiful images. This valuable building  registered in the list of national monuments of Iran in 1334. And in the list of UNESCO World Heritage sites in 2013. In addition, the occurrence of important historical events in this place has made it a living document of Iranian history. This collection, which the sights of Tehran, to the account of the Pops, in the tissues of the Old Town are located, and easily can be used with road vehicles, public access to it was enchanted by all this beauty, history, architecture, culture and art of Iran became.

Golestan Palace includes a collection of monuments in the province of Tehran, which has been built at different times. This palace under these conditions, architecture, and value of works of art and historicals. It is one of the most important historical monuments. It states during the year, saw the presence of tourists, domestic and foreign. House, one of several parts, such as porch bed marble, granite. The porch of the marble bed and the retreat of karimkhani belongs to the era of karimkhan Zand, the oldest monuments of the Golestan complex.

Collection of cultural and historical Golestan of the buildings above mentioned, from different sectors, such as the library of the manuscript, the documents, the video, the inline documentation, office of the … international affairs, library, printed, etc. of Cultural Affairs, the introduction of the unit and the unit Law Office formed.

Sights are several around the Golestan Palace, there is such that it can be used to market, Tehran, Iran. cafes Haj Ali Darvish., the brunette girl in the square, the street, Naser, etc. Saray bright alley Marawi and the academy noted.

Golestan Palace is one of the most famous sights of Tehran province in the capital. It dating back to the decades before the Qajar era and has accommodated more than 440 years of history.

Where’s the this Palace?

Golestan Palace is located in Tehran, Khordad fifteen Street, Arg square. The use of the Metro, the best way to access the Golestan Palace.  For this purpose must be at the station Khordad in line a, metro, walk to login and continue on toward the East, scroll up cycled after five minutes of walking to the field Khordad (field, Arg, ex) arrive and through the streets of the referee to the north side of the square, go to that input Golestan Palace.

The history of the palace tower to the era of Shah Abbas Safavi towards work. However, the most important historical period, related to the age of Agha Mohammad Khan Qajar. After overcoming lotfali Khan Zand, in 1210 Ah, he chose coronation and Tehran as the capital. It gave double importance to the royal citadel of Golestan.

Nasir al-Din Shah Qajar was also crowned in this palace and was the first king of Iran to travel to Europe. This led the Golestan Palace under the influence of European architecture undergo many changes and take a different form. In the Qajar era, this is set as the local governance. And the residence of the royal as well as teaching artists and architects be and therefore. The palace was in the century 19 an important centre for the production of art, were considered.

In the reign of Muzaffar al-Din Shah. Mohammad Ali Shah and Ahmad Shah Qajar, no certain changes in the citadel of the royal did not happen.  But the importance of this period due to events of historical significant as the Persian constitutional revolution and the effects of it. Golestan Palace in the era of the first Pahlavi and the second Pahlavi also saw changes.

With these qualities can be dating Golestan Palace, over four centuries, he is still from the collections of historical unique, Iran) is due to the occurrence of important events in it. Sandy prized of the most important part of the history of Iran. The palace is now like an incongruous member of the disrupted architecture of Tehran. It surrounds  with new and inexhaustible buildings.

There was a large mansion on the northern side of Shams Amara. It calls the exit mansion and divided the Golestan garden into two parts. The construction of this mansion took from the time of AQA Mohammad Khan to Fathali Shah. And it formed from the museum room, the cashier of the Hall of the mirror of Golestan and the Royal laundry room. In the Nasser al-Din Shah period, with the aim of building museums similar to European countries. This mansion destroyed. Although later a large pool built instead of the first Pahlavi reign in the form of green spaces.

According to some experts, the name of the Golestan Palace is taken from the Golestan Hall of the same mansion, which gradually referred to the whole complex.

The Golestan Palace consists of a historic complex consisting of several palaces and Royal halls in a garden. The architecture of this complex began with Iranian architecture.  And then trade, political and cultural relations with European countries led to changes based on European neoclassical architecture. For this reason, today, we see the combination of Iranian and European architectural styles. It amaze the look of every viewer.

In these tiles, the impact of expanding communication with the Western world and supporting art is evident. Exponential volume, lightening shadow and naturalism, are the obvious characteristics of Western painting. They used in addition to traditional Iranian illustration methods.

Perhaps the flagship of the Golestan complex is the shamsalmara, a high-rise building that is one of the most prominent attractions and Once Upon a time is the symbol of the capital. Nasir al-Din Shah in European trips like skyscarper. They therefore ordered the construction of the Palace gave them the order to maintain his journey to the top of it go.

The five-story building built in 1284 with a height of 35 meters was the tallest building of its time. For the first time, metal used in the construction of Shams Amara. It was an important change in the construction of Iran. In addition to the magnificent and beautiful view of shamsal Colonial, its interior decorations. it is from mirroring and painting to plastering will surprise any viewer.

The most beautiful part of the porch is the marble bed. It made on the order of Fathali Shah. In 1221 Ah, he ordered the construction of a bed of Yazd’s yellow marble. It is consisting of 65 pieces of large and small marble. The design of the bed is as if the bed of the Prophet Solomon in mind that is on the shoulders of three demons and six angels or humans. In addition to a dragon and two lions, the verses of Malek al-Sha’ra in praise of Fath’ali Shah carved on this marble bed.

Iran tourism is very attractive for tourists from different parts of the world.These trips are held in the form of best iran tours packages2021 to several destinations in one region. Also, sometimes tours from the north to the south of Iran. Iran tours are very attractive due to the conditions of the event. If you are planning to visit Iran, be sure to participate in these tours. Of course, Nowruz tours in Iran are much more diverse. Also, you can take full advantage of the Nowruz holiday for Iran tours.