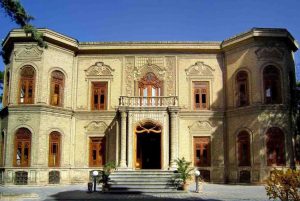 Glassware and Ceramic Museum of Tehran : The premises that have been turned into museum where glass and clay works are on display were built about 90 years ago upon orders of Ahmad Qavam (Qavam-ol-Saltaneh) for his personal lodging (residence and working office). The building is situated in a garden with a span of 7000 square meters and was used by Qavam himself till the year 1953. 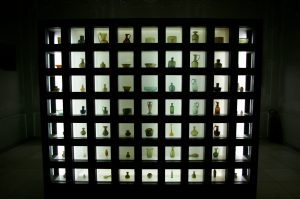 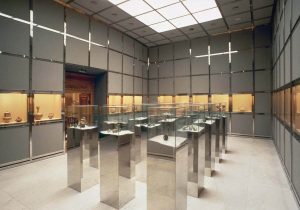 Later, the building were sold to the Egyptians as the new premises for the embassy of Egypt and remained in their possession for seven years. When relations were strained between Iran and Egypt at the time of Abdul Nasser and subsequent to the closure of the Egyptian embassy in Iran, the Commercial Bank purchased the building. 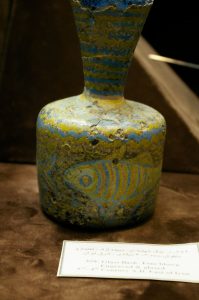 However, it was sold to Farah Pahlavi’s bureau in 1976 and was turned into a museum by three groups of Iranian, Austrian and French architects. The museum was opened in 1980 and was registered in the list of national heritage in 1998.

The main establishment of the museum that occupies an area of 1040 square meters is a two-storey octagonal building with suspended pillars and a basement. It is situated on the entrance side of the premises. The architectural style of the building is a combination of the traditional Iranian style and the European architecture of the 19th century. 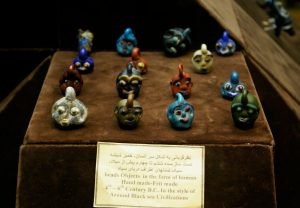 The first floor is connected to the second one through wooden steps in Russian style. Prior to the time when the building was transferred into the Egyptian embassy, the entrance of the museum was doomed-shaped but was later flattened. 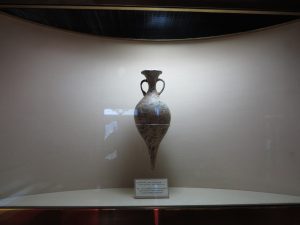 Parts of the walls in the basement are decorated in traditional style with big tiles. Double windows have been used in the architecture of the building instead of terrace and wooden doors have been installed behind the windowpanes in order to regulate the light and temperature of the interior of the building. The exterior and interior of the museum comprise such decorations as brick works, plaster works, mirror works and inlaid works.

About 50 types of bricks in various designs and with different geometric and floral patterns have been used in the exterior of the building and are reminiscent of the fine arts of the Seljuk era.

The interior plaster works belong to three periods:
a) Plaster works dating back to the time of the construction of the building (Qavam-ol-Saltaneh) that could be seen in parts of the entrance hall and some other halls.

b) Plaster works that were made at the time when the building was turned into the Egyptian embassy examples of which could be seen at the Mina and Bolour halls as well as in the basement.

c) Plaster works that were made in 1984 by the Islamic Republic as a combination of calligraphy and painting that could be seen in the entrance hall of the second floor.

Mirror works in citron-like or geometric designs could be seen in the second floor of the museum on the borders of plaster works.

Inlaid works could be seen on doors and margins of the steps mostly in floral designs. 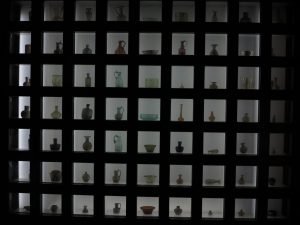