Experience Ashura in Iran – Travel to Iran during Muharram

Experience Ashura in Iran – Travel to Iran during Muharram

One of the unique times to travel to Iran is during the lunar month of Muharram, because Shia Muslims in Iran have special ceremonies during this month, especially the first 10 days. And the tenth day of Muharram called “Ashura”. But you, as a foreigner or a Non-Mulsim, may not be familiar with these concepts. So this Iran Travel Agent is going to answer some of the questions like: “What is Ashura?” and “what happened in Muharram?” And finally, we will review Muharram and Ashura in Iran. So follow this Persian travel agency to get all you need about this holy month in Iran.

In the lunar month of Muharram in 680 AH, Imam Hossein and his family and companions left Medina for Kuffa in Iraq. On the day of Ashura (the tenth day of Muharram), the third Shiite Imam, the grandson of the prophet Muhammad, Imam Hossein and 72 of his companions slaughtered by the Umayyads in the Karbala desert. Therefore, Imam Hussein is a symbol of resistance against tyranny. They martyred in the name of justice and freedom. So Ashura day is the best choice to know the Shia rituals during this month.

Ashura considered to be the most significant symbol of the Shia relationship with the rest of Muslim community.

Muharram is the peak in the history of Islam. This event is not forgotting even after 14 centuries. 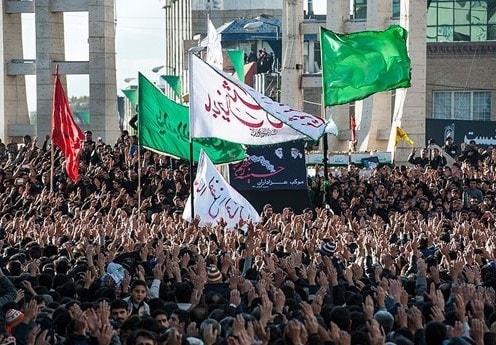 Tasua and Ashura in Iran

Muharram and Ashura in Iran

During the first ten nights of the Muharram, Iranian Shiite Muslims gather in mosques and holy places. Shiites wear black clothes as a sign of mourning. They also distribute food and meals among the poor.

The commemoration of the massacre of Imam Hossein and his comrades and his family takes place on the 10th of Muharram and the mourning continues for 40 days until the Arbaeen. Arbaeen, meaning forty, is the fortieth day after a person’s death.

Today the mausoleum of Imam Hussein is located in Karbala and attracts many shiite and non-shiite pilgrimages every year, especially in the months of Muharram and Ashura day.

In Iran, there are many commemorations during Muharram, particularly the first ten days of this month; those who like to mourn for Imam Hussain and show they still think of him, gather in neighborhoods. They wear black clothes, as a sign of grief; Iranians wear black when someone dies. Also during the first 10 days of Muharram, Iranians march in the city with the rhythm of drums and religious songs. The street processions, the public recitation (rawzeh) and the theatrical reconstruction (Ta’zieh) of the Karbala events are the three highlights of Muharram and Ashura in Iran. Rawzeh is a public recitation of the Karbala events and it tells the story of Imam Hussein and what happened during these 10 days, and specially the tenth (Ashura) and ninth (Tasua) day.

The mourning of Muharram happened by slightly hitting the body by hands or chains. Each group is related to a mosque. They distinguished by special signs or plaques.

Please note that the violence of these floggings is only symbolic. Violence prohibited by Iranian religious authorities and by true Muslims. 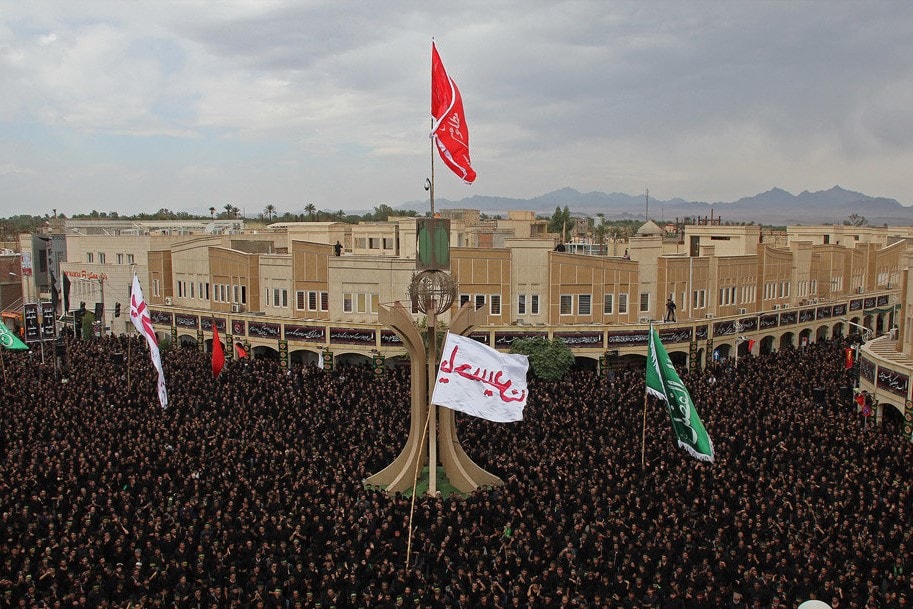 Ashura in Iran is also commemorating by Ta’zieh. Ta’zieh is a theatrical genre reciting the battle of Karbala with special verses. Imam Hussein’s supporters, in Ta’zie theatre, dressed in green and white on the stage; but the opponents of Imam Hussein war red and act on the stage. The facilities of this theater are only a few banners and flags. This religious and spiritual theatre were popular since Qajar Dynasty, but in 1940s,the authorities declined these rituals  for a period . However, Tazi’eh is nowadays performed during Ashura in Iran and some cities are more famous for this performance, like Tehran, Kashan, Natanz, Yazd, etc. this ritual was inscribed on the intangible cultural heritage list of UNESCO in 2010. 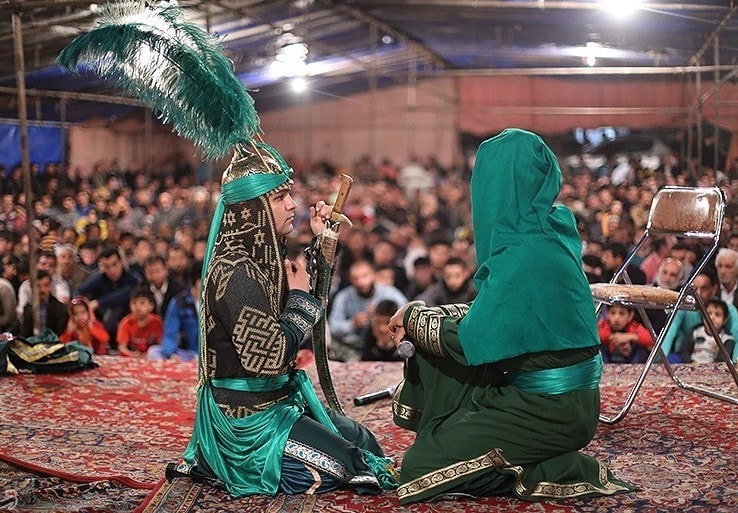 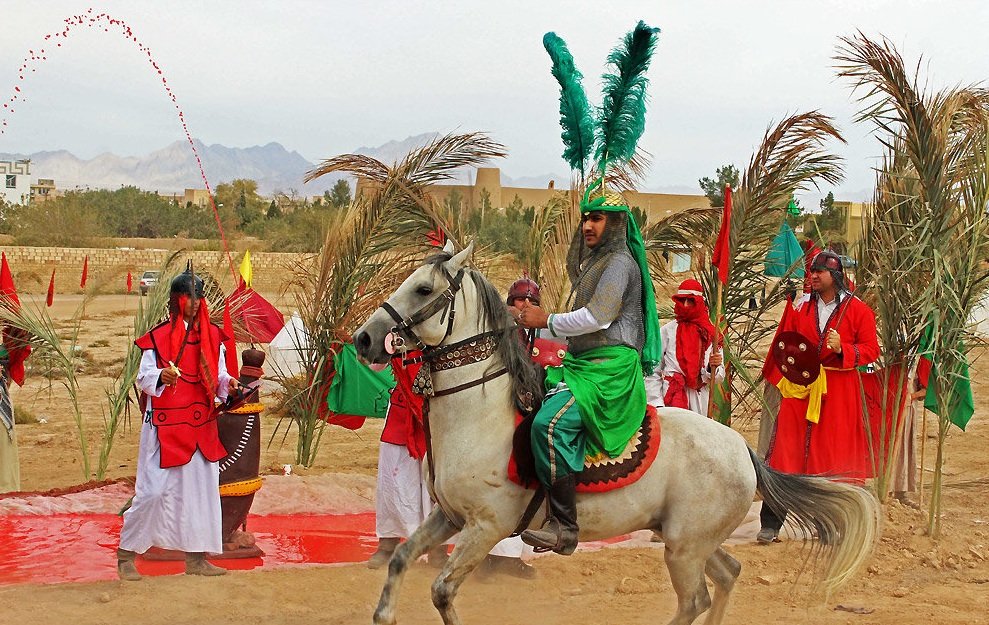 Shia Muslims believe that Imam Hussain is the host of their ceremonies during Muharram and they undertake all these rituals in his name. There is also another type of commemoration in Iran during Muharram. People prepare food (called “Nazri” by Iranians) and distribute it for free among people, their neighbors, in front of their doors, in mosques and also among people passing the streets. They believe that by feeding people, specially mourners, and slaking their thirst, in the name of Imam Hussain and for the sake of Allah, they will blessings and divine rewards. 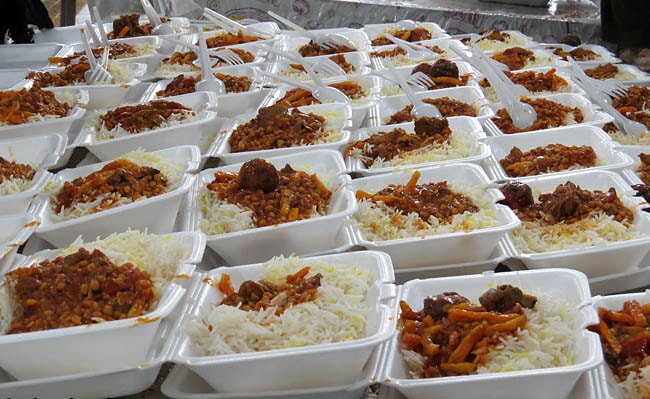 The night of Ashura in Iran called Sham-e Ghariban, meaning the night of strangers and those who are far from home and help. The Iranians light candles in holy places and gatherings in every corner of Iran. 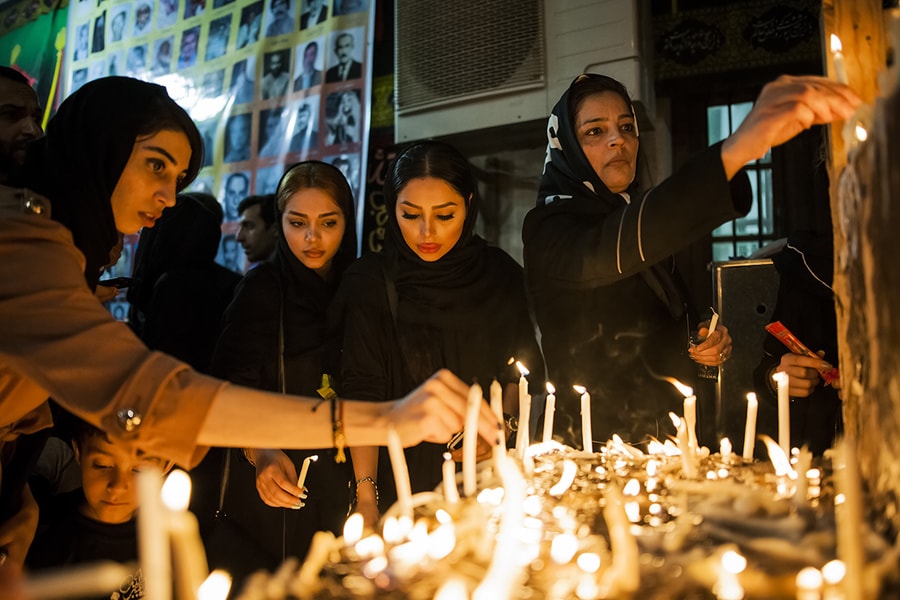 Traveling and Watch Ashura in Iran

Travelers are welcome in all places where Muharram events held. You can experience the pure rituals in the 9th and 10th of Muharram in Iran. 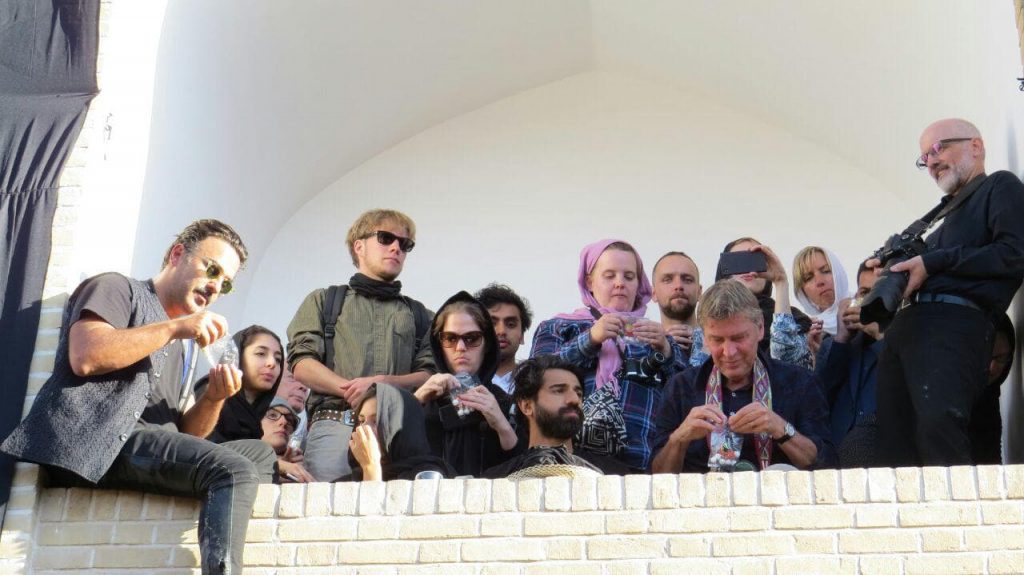 The ninth day of Muharram also celebrated as the commemoration of Abolfazl Al Abbas, the brother of Imam Hussein; This day called Tasua. Zanjan city in Iran is so famous for its special big festival in the afternoon of Tasua. This festival is unique in Iran and cannot be seen in other cities. Many visitors and bloggers from around the world travel to Iran each year, just to see this big festival. There are also other festivals in other cities as well. For example, in Yazd, you can see Nakhl Gardani, which is carrying a big majestic wooden Nakhl on the shoulders of mourners– this is the symbol of Imam Hussain’s coffin. While each Iran city has the rituals of Muharram, but some are more unique. Yazd, Bam, Zanjan, Bushehr, Bandar Abbas and Kashan are some of these cities. 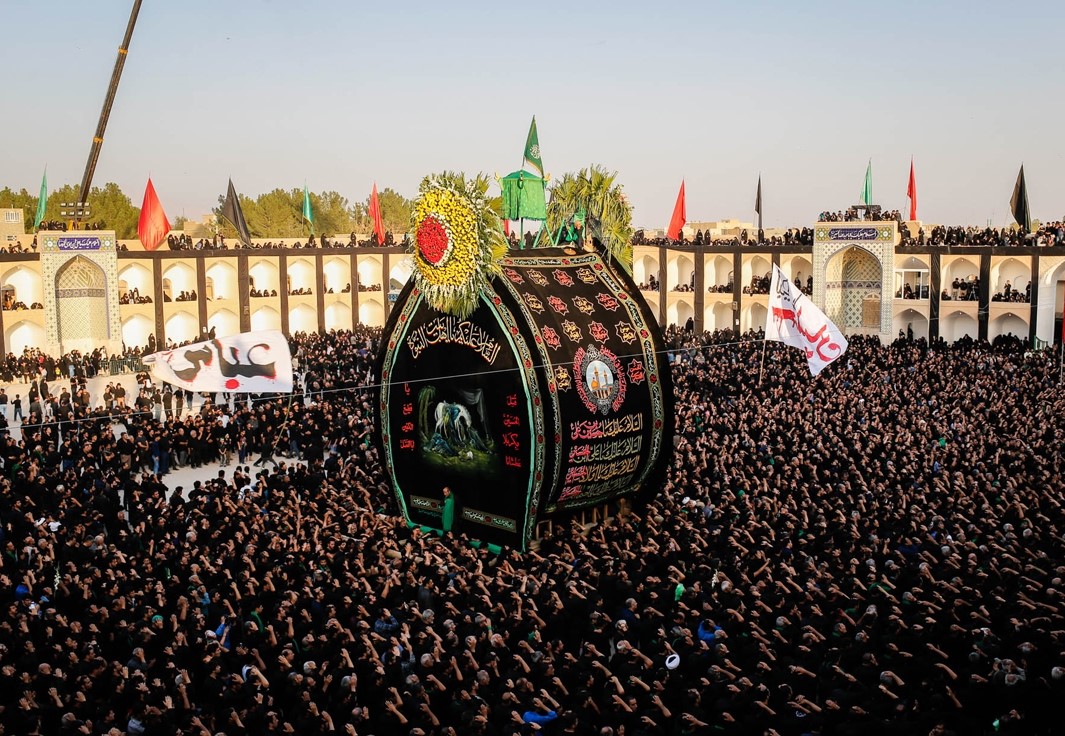 On the ninth and tenth day of Muharram all the tourist sites and museums closed. But most of shops and restaurants are open for tourists. 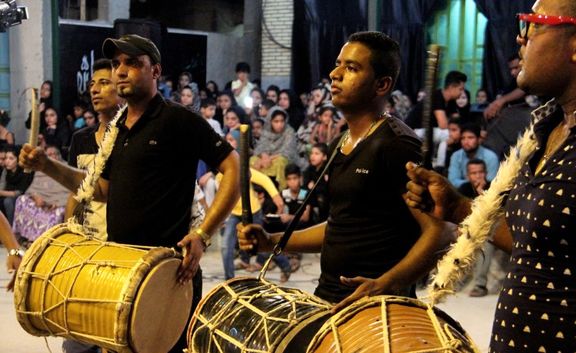 Iran Destination, Iran travel agent, invites you to travel to Iran during Muharram and do not miss these unique ceremonies. You can customize tour for yourself and order whatever you want to be included in Iran tour packages. Just contact us and tell us what you want. In case you have any questions, requests or suggestions, please feel free to contact our Persian travel agency. We are always ready to help.