Bushehr province is located in the center of Bushehr port on the Persian Gulf and is the 17th largest province in Iran. Bushehr, Tangestan, Jam, Dashtestan, Dashti, Dir, Deylam, Assaluyeh, Kangan and Genaveh are the cities of Bushehr province.Also, huge oil resources, especially gas and nuclear power plants, are located in this province, which is why it is called the energy capital of Iran. Agriculture, palm farming, trade, animal husbandry, fisheries and to a large extent industry constitute the economy of the province. Bushehr is located in the south of Iran, on the shores of the Persian Gulf, with its beautiful beaches and famous sweet and sultry dates.

The oldest signs of human life in Bushehr province go back to Mesopotamian civilization. Manuscripts from the time of the Medes, Achaemenids and Sassanids have been found in this province. So, these constructions show that this land has been one of the most important regions among the cities of Iran in different historical periods. Also, this province has been a part of Fars and Hormozgan provinces in different time periods until Bushehr province was formed in 1973 with two cities of Bushehr and Dashtestan and now its provincial divisions include 10 cities. 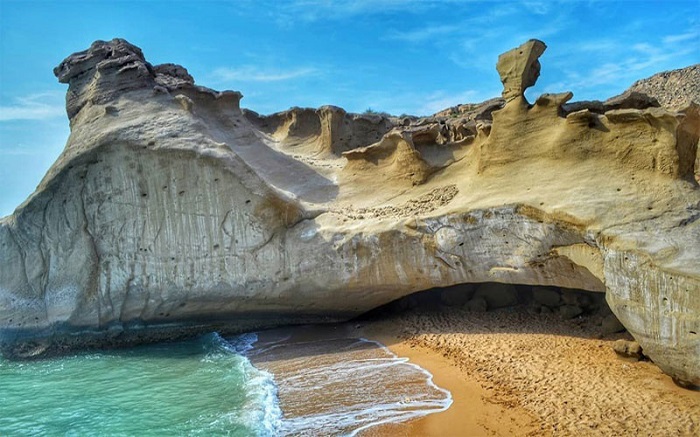 Bushehr iran is located in the south of Iran on the Persian Gulf. Neighbors of this province are from the north, part of Khuzestan province and Kohgiluyeh and Boyer-Ahmad provinces. It is also from the east of Fars province, from the south and west of the Persian Gulf and from the southeast of Hormozgan province. The area of ​​Bushehr province is about 27,653 square kilometers. Also, the province consists of a plain section on the west coast and a mountainous section in the eastern strip of the southern Zagros. The heights of Bushehr province, which is a continuation of the Persian Zagros, are called Gach Torsh (mountain range). The heights in the southern regions approach the sea, which are known as Nokand heights.

The best time to travel to the province

The best time to travel to the southern provinces of Iran, especially Bushehr province, is autumn, winter to mid-May. At other times of the year, most cities in Bushehr province have hot and humid weather. The average summer temperature in this province is more than 39 degrees with a humidity of 90 degrees. Of course, this amount of humidity is not tolerable for non-natives, so it is recommended to travel to this province on cool days of the year.

Most people in this province speak Persian with the Bushehr dialect. Parts of the cities of Deir, Kangan and especially Jam also speak accented Persian. Also, some residents of Shiff Island and the ports of Kangan and Assaluyeh also speak Arabic. Turkish language is also the common language of the tribes of the province and is mostly found in Dashtestan and Dashti regions. Most of the people in this province are Muslims and have a Shiite religion. Most Sunni people live in the southeast of the province (Assaluyeh and Kangan Island). 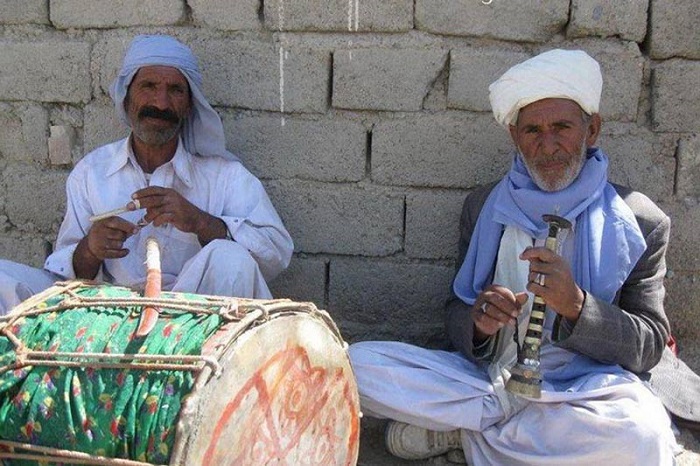 The port and coastal location and the sultry nature of Bushehr province have caused most people to wear ordinary cotton clothes. The official Bushehr ladies’ shirt is a loose-fitting dress called an Arabic shirt. In sewing this shirt, very beautiful and interesting decorations have been used. Also, Bushehr women often go out in local tents. The white long shirt called “Dashdasheh” is one of the common men’s clothes in Bushehr province. Also,  older men use a type of handkerchief that identifies the old man.

The sea and groves play the main role in creating the handicrafts of this province. Making mats, all kinds of ornaments, decorative objects with shells, turbafi, making dinghies and boats, gabbeh and kilim weaving, cloak weaving and pottery are some of the handicrafts of this province. In addition, a trip to Bushehr would not be complete without buying its colorful souvenirs. From colorful and delicious foods such as dates, palm cheese, fish and shrimp to handicrafts and jewelry made from oysters … . There are all kinds of souvenirs that you can take with you from this province.

You can taste the most delicious seafood in Iran in Bushehr. Bushehrians have special skills in flavoring and eliminating the unpleasant smell of seafood. Fish and shrimp are the main ingredients and red pepper and tamarind are the main flavors of most Bushehr dishes. Shrimp stew and fish stew are just some of the delicious dishes that you can try on your trip to the province. Also, desserts and sweets such as date halva, ranginak are also famous for the tourists in this province. 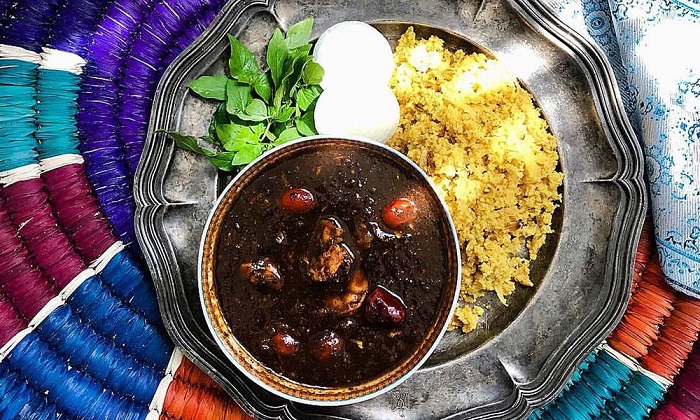 Music is an integral part of customs in Bushehr. In celebrations and joys, Ney Anban and Tombak, and in mourning, dammam and Senj give special colors and glazes to the ceremony. In addition, to national holidays such as Nowruz and Yalda, traditions such as Nowruz reading (early spring). Also, Khayyam reading, chavoshikhani (accompanied by travelers), is one of the rituals of the people of this province in parties and gatherings. Also, Rain-seeking ceremonies, bread-covering ceremonies and patients’ healing ceremonies are other traditional rituals of this province.

Pasargad Hotels, Plus and Yas Apartment Hotels, etc. Local houses and residential complexes also serve travelers from Bushehr province with a variety of food, drinks and local sweets. Next to these hotels, ‌ Heron and Kahbad eco-tourism resorts in Bushehr city, with local and indigenous spaces, welcome travelers and tourists of this province. You can join our team, Iran Destination, and get more acquainted with Bushehr iran. Iran travel agency, Iran Destination, will organize your trip to Iran. You can offer your tailor-made trip to Iran or visit our programs on the Iran tour page. You can contact to our Iranian travel agency, our agents are online to answer all your questions.