Best Iran tours, How do the people of the world think about Iran? There is a question in the minds of not only the people of Iran but also the people of the world who want to travel to Iran. What they often previously thought was that Iran a densely populate, desert and somewhat risky country. But today, with the expansion of the virtual space, and the pages that a lot of Iranians, through that, are trying to Iran and to show the world they ever to be successfully converted and can be testimonials, an interesting, especially from the language of the tourist that came to Iran have been heard.

Depictions, because the most hospitable people, rich history, architecture, massive An most unique desert., the green mountains and islands, and the quiet places, but arguably the cases, told all opinions and views of the worlds, and this is the interesting part, we want the people of the world about Iran’s see.

Best Iran tours, What is Iran famous for in the world

One of the interesting questions that most of us Iranians have in their minds is that when a foreigner hears the name of my country, what is the first thing that comes to mind? When, for example, name, South Korea, you hear may recall, Samsung, or, for example, Germany, Benz, Brazil with soccer and qhrh, France with Eiffel Tower and travel, and Spain, with Real Madrid and Barcelona in the minds of the people invokes are. But how many percent of the people in the world know Iran and Iran in their minds with what word has been mystified can be an interesting topic.

For example, as a personal experience, when a German encounter we had when the heard, the first thing that said the name “Ali Daei,” the former Bayern Munich player Germany. Or when we called Iran a French citizen, his first mentality towards the country” Asghar Farhadi ” was a famous Iranian director. So what Iran is known in the world is the first step to planning managers in the long run depends on what a beautiful name for Iran in the world today is associated with the people of the world.

The American opinion about Iran can also be interesting in its own kind. Considering that after the revolution, in the year 57 of communication between Iran and the United States in a challenge are, with this interpretation of the people of this country, Harder can travel to Iran, but the present Institute survey, “Pew” (pew), according to the survey, 91 comments people around the world, compared to the assessment of the alliance Americans that in this survey, the company had only 15% positive votes were given. However, with the passage of time and the development of cyberspace and media, these comments can be undergone positive changes.

The coma has already happened to some extent. At the bottom, you can see the foreign tourist’s opinion about Iran, which has American nationality and traveled to Iran a while ago. It should be noted that the release of this clip in the cyberspace has been interesting reactions from Iranians and the people of the world.

Iranian tourists love which cities they travel most

Perhaps it is interesting to you Iran in the view of most foreign tourists is a beautiful. And lovely country with a hospitable and kind people. Usually, people in Western countries accustomed to travel. And record their experiences in the form of writing details and photos and videos.

This good habit that I hope is customary between us Iranians makes a lot of people in the world share their experiences. In the following, we expressed some of these experiences. Experiences told by foreign tourists after their visit to Iran.

Together we read this article to notice how much of the nature, historical monuments, etc., customs, etc., Customs and culture, the attention of the people around the world are located, and what the country rich, valuable, and unique, and have more to be proud of.

They ask me why I traveled to Iran? I respond that I am a tourist in love with Iran because the people of Iran are warm and hospitable. The tourist’s name is Cyril and says I visited the lush cities of the North and the beautiful palms of southern Iran, the dry desert and the tip of the snowy peaks and enjoyed them. 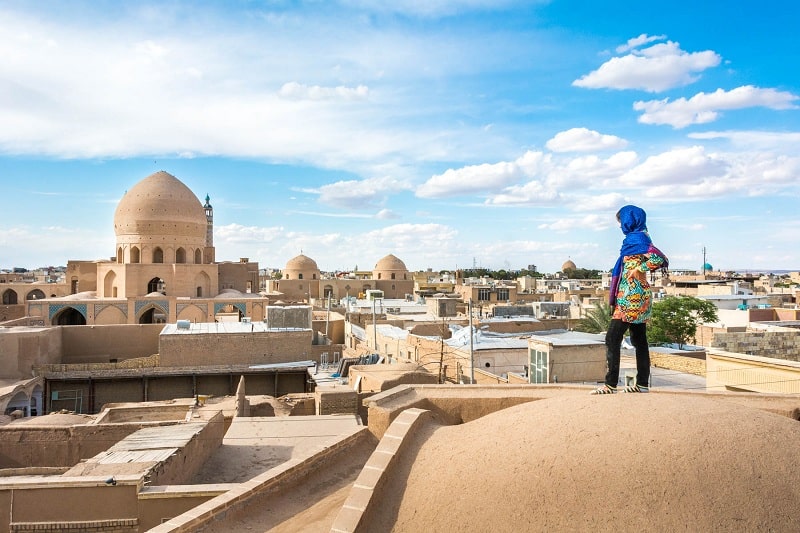 Best Iran tours, A couple of European tourists: a day trip to Isfahan was a pleasure.

Although they had only one day, they determined to come to Iran and destined Isfahan to travel. Martha and Jay, the European couple, on their one-day trip to Isfahan, decided to see the ancient artifacts of the city. They loved the original architecture and special decorations of the monuments of Isfahan.

Jonathan cyclist English: Iranian people are the most hospitable people in the world

Jonathan, who travels on his bike to all countries of the world after traveling to Iran, says that Iranians are the most loving people in the world. “In the morning, I arrived in Iran from the Armenian border on a typical day in the month of July. I had already heard contradictory definitions about Iran. And  concern about the security situation of this country. And I was not sure what was waiting for me.

But I noticed that the people of Iran are very hospitable. And I invite to the homes of the people of Iran many times during my visit. Jonathan was in Iran for a month and enjoyed cycling in the Iranian desert. And watching the starry desert sky at night and surprise to see the Alborz mountain. And the possibility of skiing in it. Iran is a country that loves every tourist.

Robert a round polish backpack: I travel to Iran once again

He traveled to Tehran, Kashan, Isfahan, Shiraz, Bandar Abbas, Qeshm, Hormoz and Yazd. He was so satisfied with his visit to Iran. And that he had become a guest of the Iranian people, that he said I would travel to Iran again. And this time I would like to see northern Iran.

Kama is a Japanese teacher who traveled to Iran. And decided to stay in Iran for only one month. But twice renewed his visa and stayed in Iran for three months. He After visit of the cultural diversity and kindness, and the Iranian said and from being in parties. Nowruz became associated to different cities of Iran, traveled, and be.

In his view, the Iranian people are very humanitarian and care about family communication and this culture is like the culture of the Japanese people.

You can join our team, Iran Destination, and get more acquainted with irantour and all of the tourist attractions and all the best Iran tours packages. Iran travel agency, Iran Destination, will organize your trip to Iran. You can offer your tailor-made trip to Iran or visit our programs on the Iran tour page. You can contact to our Iranian travel agency, our agents are online to answer all your questions about iran travel.