An ancient belief states that Sistan and Balochistan is the 11th land created by Ahura Mazda. This ancient land has various names in during the history such as Sivustan, Sakestan, Sistan, Massageat, Aria Polis, Drangiana, Zarang, Zaranj, Nimroz or Meridian, Zavol, Zabol and etc.

In this article, we aim to introduce this wonderful mythic land of Iran which dates back to thousands years ago.

The Burned City which is know as Shahre Soukhte dates back to about 5,000 years ago to the Bronze Age. It is located 55 kilometers from Zabol in Sistan and Balochistan province and along Zabol-Zahedan road.

It was founded in 3200 BC, and its inhabitants lived in four periods between 3200 and 1800 BC. The Burned City civilization is one of the wonders of the ancient world. This city is the most important center of deployment and in fact the capital of the region during the Bronze Age. 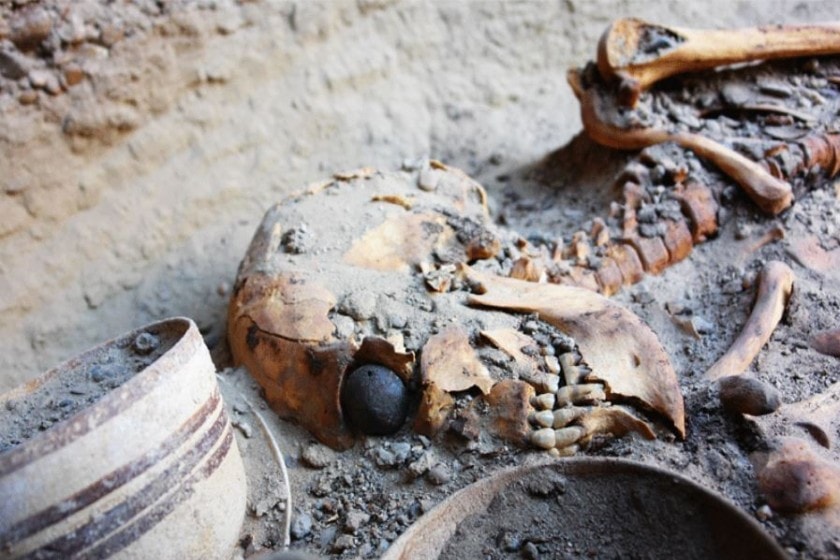 The Kalporgan Pottery is a familiar name for all Iranian and other artists from all over the world which is located in the village of Kalpurgan, 30 km from Saravan. 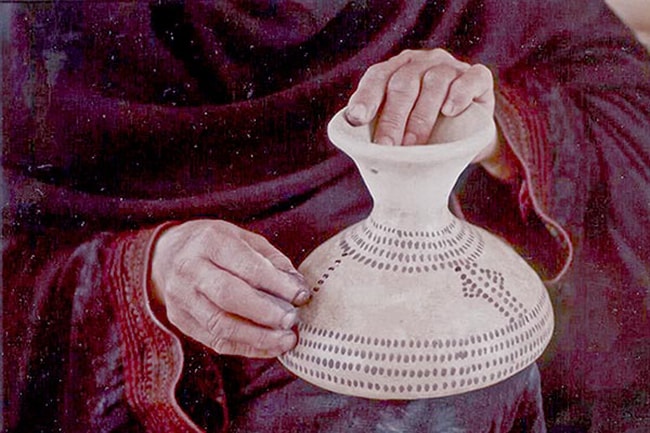 Gel Afshan is one of the most interesting natural attractions of Chabahar. This mountain which erupts mud is located 100 km from Chabahar and you have to climb up the it to watch this phenomenon.

Every some minutes the dock erupts like a volcano, creating a bubble which explodes and spreads the mud with a huge noise and features a messy, bubbling and sometimes explosive landscape. If you are lucky enough at the time you are there, the bubbles are bigger. 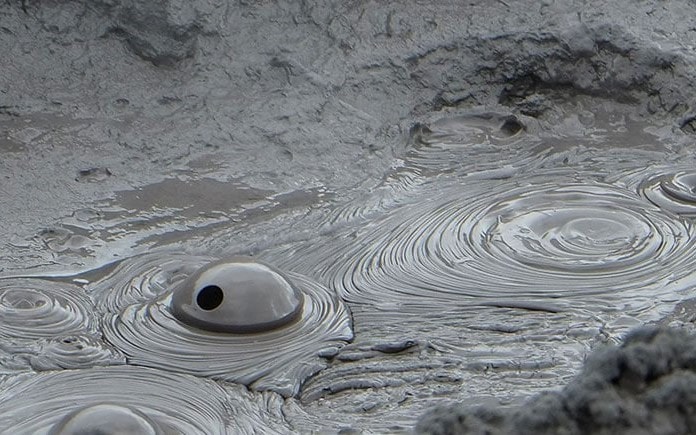 Another untraveled attraction of this harbor is Lipar lake. The route to this place is so amazing because on one side of the lake the water is salty and on the other side it is sweet and is used for agriculture. 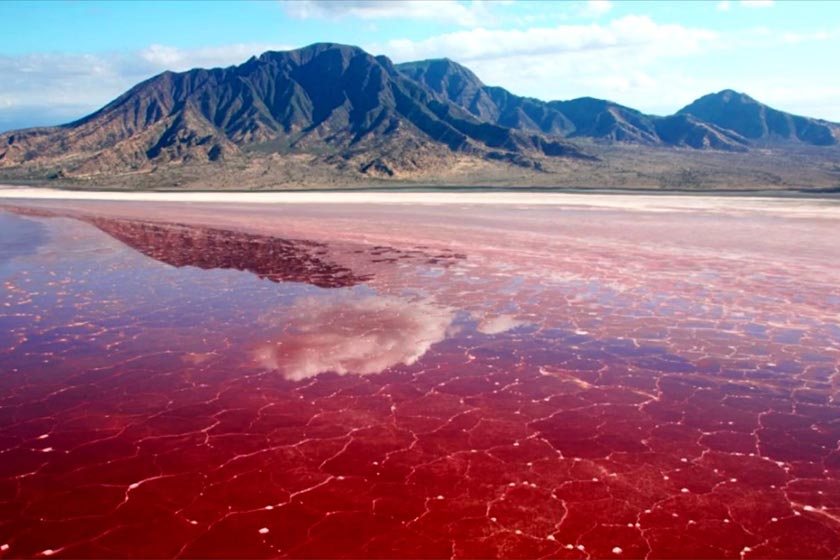 Hara forest is located in the coastal area of ​​the Goethe Bay near the Bahukalat river to the Oman Sea. Honey is a shrub grove in the marshes of the warm areas on the shores of Saudi Arabia, Egypt and southern Iran. 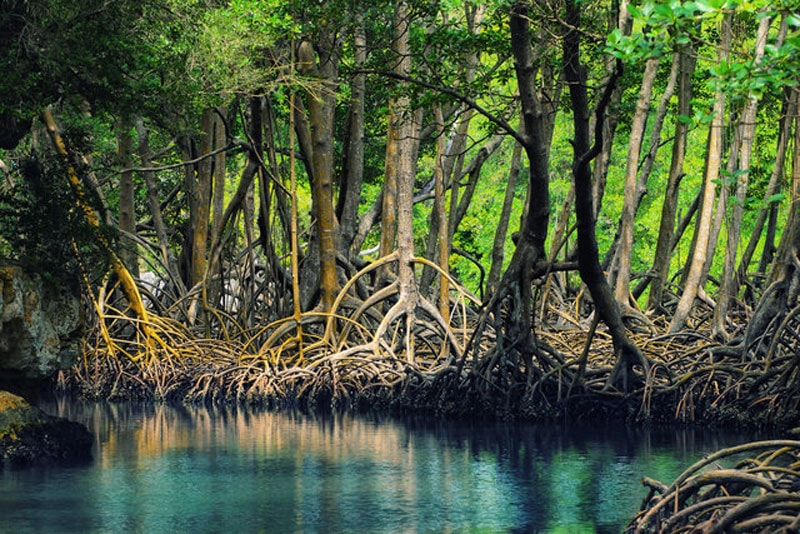 Guatamak Cave is one of the large unknown caves in Birk Mountains, the Irandegan district of Sistan and Balochistan. The diameter of the entrance is about one meter. After entering the cave, we enter a 1.5-meter width and a height of 3 meters. The further we go, the wider and the higher the height, so that in the middle of its altitude it is about 10 to 12 meters and its width is 30 to 35 meters. 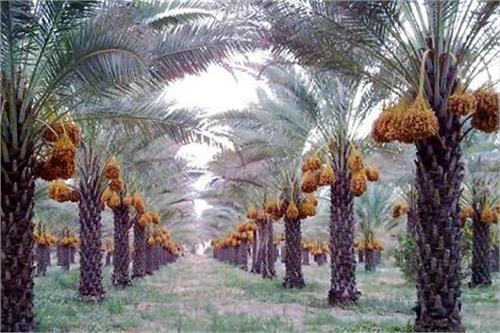 Iran Destination provides you with any information you need for your trip to Iran. Just take a look at our Iran Travel Guide and read about Iran. Also you can rely on our Iran Tour Operator and have the best memories in Iran. Review our Iran tour packages and choose one before you travel to Iran. Please feel free to contact us regarding any issue on your mind.

Attractions of Baloch tribes for tourists

Throughout history, Baluch tribes have been known as nomadic tribes who were generally far from political centers and lived as nomads. Even today, the method of governing each Baluch tribe is not much different from the past. They still maintain their original culture and attractive lifestyles. The way of life of Baluch tribes is especially attractive for all Iranian and foreign tourists and takes you to the beautiful world of Baluchis. A world with colorful embroidered clothes, sometimes bright green eyes. Stretched faces and prominent cheeks, tall and mature and full of very kind and friendly morals.

Perhaps you have seen the embroidered Baloch clothes and admired them a lot. Clothes that many artists and high-ranking people use Baluchi fabrics to design their clothes. But Baluchi men’s and women’s clothing has a very long history. Baloch men’s clothing and especially pants are attributed to the Parthian period. Baloch women also wear local Balochistan clothes. The dress has been one of the most original Iranian women’s clothes in the past due to the variety of colors and the type of sewing and embroidery. Also, the culture of sewing such fabrics and clothes has fortunately continued to this day.

Yellow curd is one of the main local dishes of Sistan and Baluchestan province. Yellow curd is a nutritious food related to Zabol city, which is usually consumed as breakfast on cold winter days. Its main ingredient is a kind of homemade yellow curd. Ojizak Zaboli and Sistani broth are also among the famous dishes of Sistan and Baluchestan region. Sistani broth is cooked with special spices and has its own flavor.

Customs of the Baloch people

In Sistan and Baluchestan province, in addition to celebrating Nowruz, Eid al-Adha and Eid al-Fitr have a special place. On these Eids, people gather in the Eid Gah wearing new clothes, offer Eid prayers, and then go to visit their relatives. This is one of the customs of the engagement period among the people of Sistan and Baluchestan. On holidays such as Eid al-Adha, Eid al-Fitr and Nowruz, the groom’s father invites the groom home. After the party, the groom presents a sheep and a sum of money as Eid to the bride’s family.