Armenian Christmas celebrated on January 6, unlike followers of the Vatican Catholic Church and Protestant Christians and Greek Orthodox. Also, while December 25 is the day of Jesus’ birth and Christmas Day. Besides, according to the Armenian religious calendar, it is the birthday of Jesus Christ on January 6.

Moreover, the same day as the Armenian Christmas celebrations of Iran. Also, at the same time as Christmas Day held in most countries around the world in accordance with December 25. Besides, there is a Christmas mood in Vank Church in Isfahan and the Armenian quarter of Isfahan. Moreover, Christmas cakes, New Year’s greeting cards, special socks and decorated pine trees, and Santa Claus. Furthermore, his gifts are the constant foot of Christian New Year celebrations around the world. 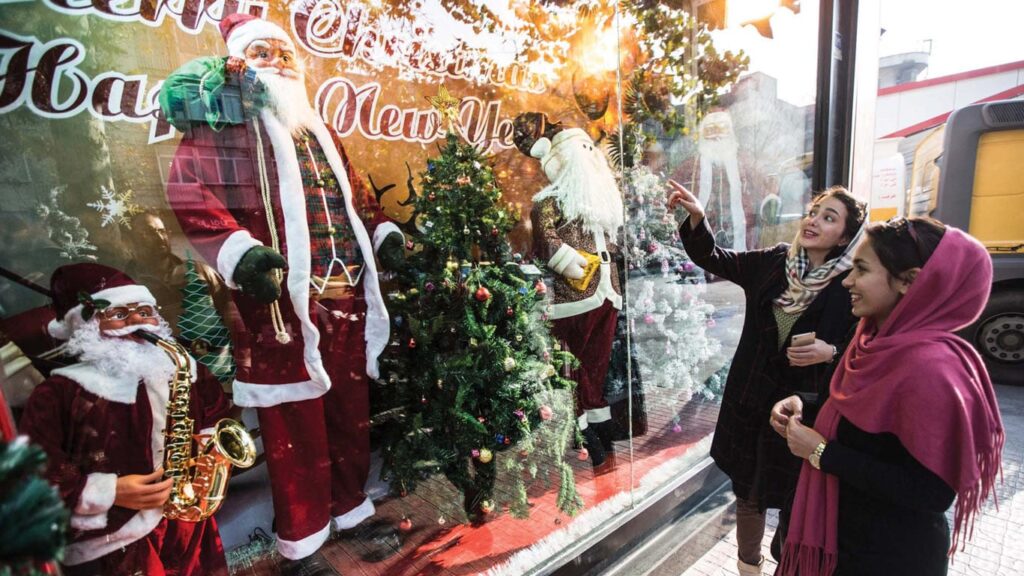 Where do Armenians live in Iran?

Many members of the Roman Catholic Church and followers of the Protestant faith celebrate Christmas on December 25. Also, In Greek Orthodox churches, December 25 is Also Christmas Day. Besides, according to the 2011 census, the population of Christians in Iran estimated at 117,000. Furthermore, the number was about 109,000 in 2006.

Furthermore, the representative of Armenian Christians in the south voted by Armenian citizens living in Isfahan, Yazd, Khuzestan, Fars, Kerman, Hormozgan, Sistan and Baluchestan, Lorestan, Chaharmahal and Bakhtiari, Bushehr and Kohgiluyeh and Boyer-Ahmad. Besides, another representative of Iranian Christians in parliament elected by The Christian citizens of The Studani and Assyrians.

Besides, one of the issues facing Christians in Iran is that Christian women should wear hijabs in public spaces according to the constitution. Also, they can have their own coverage inside churches and during ceremonies. Moreover, the use of alcoholic beverages is illegal for Muslims in Iran. In addition, the preparation, maintenance and drinking of it in public streets prohibited.

Where Christian lives in Iran?

Tehran’s Armenians live on some streets more than other streets and neighborhoods in Tehran. Besides, the example is Majidieh Neighborhood and Mirza Shirazi and Sanaee Streets. Also, many capitalists know Armenians in Tehran with their famous pastries.

Moreover, Armenian life in Iran has made Christmas celebrations more feverish in some streets of the city. Also, Majidieh Neighborhood and Mirzai Shirazi Street and Jolfa Neighborhood of Isfahan are more traffic-filled with shops decorated with Christmas, chocolate and Santa trees and New Year’s greeting cards.

As we get further away from Tehran, the lives of Iranian Christians in Isfahan have a Christmas color and smell these days. Also, Armenians living in Isfahan have been migrating from Jolfa on the banks of the Aras River to Isfahan since Shah Abbas in 1014 AH. Besides, they settled next to zayandeh Rood. In addition, in memory of their former homeland, they have named Jolfa on their new residence. Furthermore, Isfahan’s Jolfa Street is one of the streets that is more than anything else with a Christmas glow these days.

In the Armenian region of Jolfa, Isfahan, there are both colorful shops and bright lights and Christmas decorations. Also, like Tehran, not only Armenians, other citizens have a passion for taking pictures with Santa Claus. Besides, Armenians in Isfahan visit the historic Vank Church in Isfahan to throw a photograph with Santa Claus and the Christmas tree. Moreover, Christmas ceremonies held in Fereydunshahr, 200 km west of Isfahan. Furthermore, Armenians live in the corners of the country and often have old churches in many Iranian cities.

Abbas Salehi, Minister of Culture and Arts of Ershad, has made his way to The Assyrian Catalvik Church in Urmia to congratulate Him on Christmas. Also, Thomas Merm, said at the Christmas celebrations, “Today is the birth of the Prophet of Peace and Friendship that spreads the message of peace and friendship in the world. For years, Abrahamic religions, Christianity and Islam have been living peacefully together.”

What is Armenian Christmas Day in Iran?

As we said, December 25 is the official Christmas date worldwide. Also, Of course, this time starts a little later for Armenians, and they celebrate January 6 as The Day of the Birth of Christ.

You don’t have to go too far to see and feel the mood for Christmas. Also, Christmas footprints and celebrations seen in Iran and in cities such as Tehran, Isfahan and Tabriz. Besides, visiting these areas in the days leading up to the beginning of the New Year is not free of grace. Moreover, Pine trees decorated with colored orb, red santa claus, crowded stores selling Christmas decorations. besides, glowingly colored strings in Armenian neighborhoods are all elements that convey this mood well.

In the final days of December, if you visit the Armenian neighborhoods of Tehran, you will be excited to see the passion of Christmas. Also, just go to Mirza Shirazi Street to understand what we mean. Besides, the colorful showcases of shops with sparkling Christmas decorations.

Moreover, decorated pine trees and the passion of Christian compatriots in the last days of the year. Besides, all are all that will take you to the text of this ritual celebration. In addition, on Sanaee street and Nejatollahi Street, you can also see elements of Christmas. Besides, we recommend you to walk down these streets and make your villa a guest of the hot dumplings of The Lord’s Confectionery Café!

In the days leading up to Christmas, all over Isfahan’s Jolfa neighborhood, with luminous strings and decorated pine trees. Also, they welcome Christmas celebrations. Besides, Santas in red dresses come to the public and young and old take pictures with them. Moreover, Passages place the Christmas tree at their entrance, and Armenian shops get really crowded.

Furthermore, Christmas and then the grand New Year celebrations held in Jolfa neighborhood of Isfahan. Besides, especially vanak church, which is one of the main centers for celebrating Christmas and celebrating New Year in this neighborhood. Also, walking in Jolfa with a Christmas theme is a horoscope, Moreover, especially for those interested in recognizing cultural differences. In addition, there are signs of Christmas in The Church of Beit al-Hamm in Isfahan, and visiting it is not free of grace.