Ardabil is one of the best weather areas in the spring and summer and usually attracts many tourists all year round. it is one of the metropolises of Iran in the northwest of the country. This province has been the center of Azerbaijan before and after Islam. It is a completely Persian name and as we will discuss it further it means the holy city 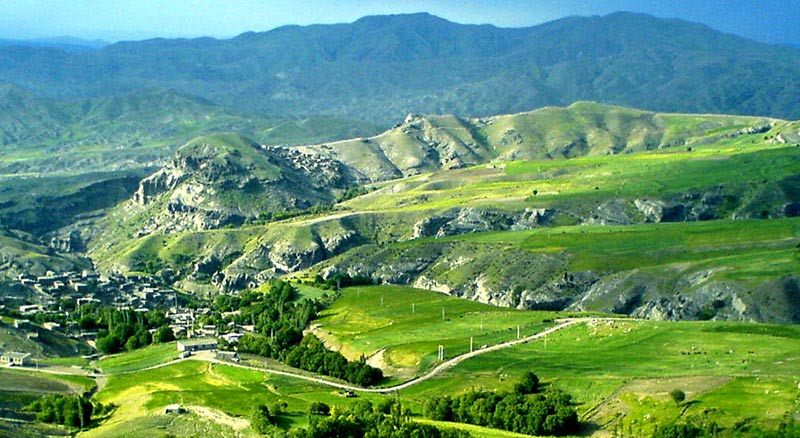 It is one of the very old regions of Iran, based on the evidence found, is about 5 thousand years old. Sumerian clay tablets of the city called Arta or aratta is mentioned. There are historical monuments in Ardabil showing the history of the city. These works include: firetops, shahrhir, Shahrivar and Jame Mosque of Ardabil, which was in the old temple.

The province of This city as one of the cold regions of Iran is usually 5 or even 8 months a very cold year. Rainfall in the province is also in all seasons, but the rainfall intensity is higher in spring and autumn. Most of the province’s land is between 2 thousand and 3 thousand meters above sea level. Under the traces of the Sabalan volcano appeared in the form of Sareyn hot water spas and crypts.

The province has a very cold winter and summer with temperate temperatures. The average temperature in this province is about 7 ° C. The effect of Caspian Sea vapors and northern cold winds and the presence of northern and eastern forests on the rainfall and temperature fluctuation of the city of Ardabil is very effective.

The people of this province speak Azerbaijani and the majority of them are followers of Shiite religion. People’s religious beliefs have a profound impact on the culture and art of this region.

The province of Ardabil has a population of 485153 people in terms of population density and is considered as the seventeenth most populous city in Iran is considered. Ardabilis speak Turkish. Of course, in the village of khalkhal people still speak Azeri language, which was the main language of ardabili.

However, in this province, correspondence and people’s education program is done in Persian schools, and the youth of this province are familiar with Persian. In terms of economic, statistics employed in the major economic sectors of Ardabil province showed that of the total employees of the province 40% in the agricultural sector, and … 22.8 percent in the industry sector and 37.2 percent in the service sector are fun.

We begin this article with a quick look at the history of This city. The word Ardabil, which is our modern dialect towards this province, has actually been ardaville. Therefore, The word arduil itself also composed of two words: arduil + Ville. Ord means one of the Zoroastrian Angels, namely legal and sacred, as well as the 25 days of each month. The word also has an Aryan root that is still used in European languages.  however, distorted Ardabil means the holy city. Today, they are still referring to it, ardavil in areas where talashis are based.

Meanwhile, After the arrival of Islam and during the reign of Bani Umayyah, the Azerbaijani regime center was transferred from Maragheh to Ardabil. Sapphire Hamoui, who has seen the city of Ardabil from a large population and has written it in his book. Of course, after a visit to Amethyst Hamoui from Ardabil, the Mongols invaded the city and turned it into destruction.

Later, when the city rebuilt, especially during the Safavid era, reached its highest degree of prestige. The position of the Ardabil in the history of very sensitive, because in the way of business, Tabriz and Astara and lankaran is located, and broker trade Qafqaziyeh and cities of the interior of Azerbaijan, etc. Also, Its best export dried fruit, carpet and wool. At the end of the Safavid period, Ardabil fell into the hands of the Ottomans for a very short time, but Nader Shah Afshar took it back again.

moreover, Ardabil province with an area of 17951.4 square kilometers in terms of area of about 1.09% of the total area of the country is allocated. The province has 9 counties, 19 cities, 21 districts, 63 counties and 2218 cities. 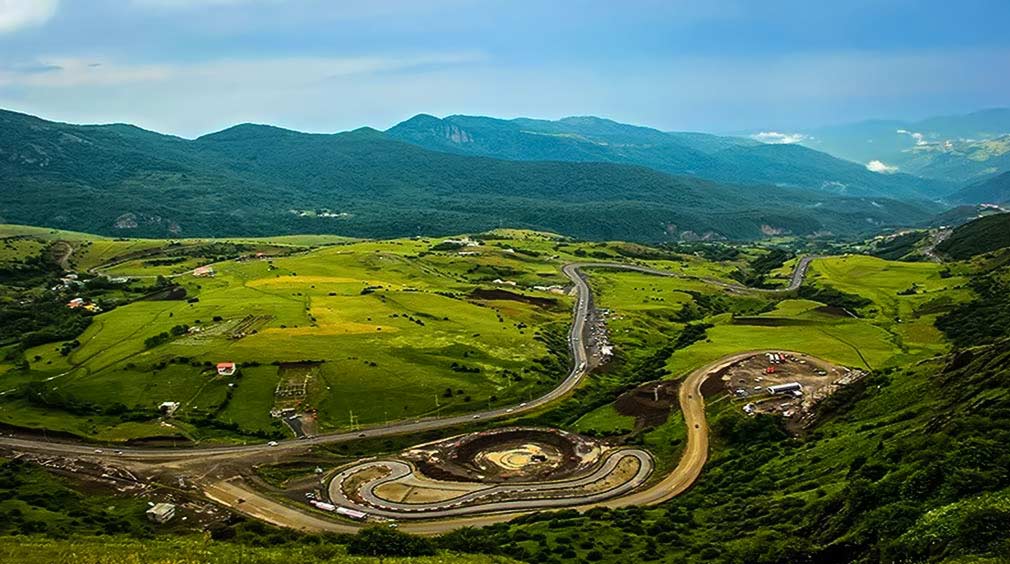 Meanwhile, Rug and jajim from past reputation, abundant, and of exquisite goods area, Azerbaijan is approximately 80 percent productions (they are usually the product of the villages and around the city is) to foreign countries is issued. However, Other impressive crafts include scarf weaving, backing, crochet, silverware,Scrimshaw, inlay and pottery.

It has traditional and local cuisine that makes it easy to travel there. However, for a few days from the usual and present cuisine. stuffing, chicken broth, dough, soup, fruit, etc. Sveti rice, Basterpolo and etc. the unleavened traditional It, Qotab, etc .(Eglantine-wild), but there are several soup traditional Azeri (etc. Spinach Torre, khashil dessert, khingle, chorkgy tea, Tal and black Peach are among these foods.

Above all, It has a history of 3,000 years on the edge of the Silk Road. It filled with ancient monuments and tombs and monuments. Ardabil is one of the cold regions of the country, which has very cold winters. Of course, in these cold seasons, the pleasure of using spa becomes more. The cool and air conditioning of the province in the spring and summer and its numerous spa are other features that attract tourists to the area. The most famous tourist attractions of the province are the Tomb of Sheikh Safi al-Din ardabili, the lake, Iran, etc. Also, old market of it, suspension bridge, the website, etc. the ski resort Alvares, etc. fandoqlu ski on the grass fandoqlu, etc., spa, Astara road and Lake Atgoloo Shirvan Valley, the hot water issue and the nature of the Paradise anklet.